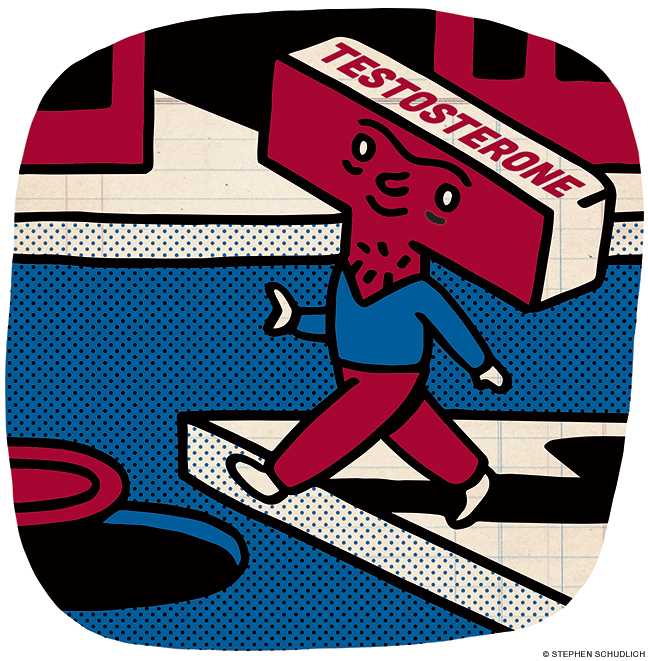 So what’s a professor with two electrical engineering degrees doing in Wharton’s marketing department? And why is he studying how testosterone affects men’s responses to tricky mathematical queries?

The answers to both questions have to do with a certain conception of the human brain—as a machine honed by natural selection to achieve often competing goals. And the thread unifying the interests of this particular mind, belonging to 36-year-old Gideon “Gidi” Nave, is the discipline of decision science.

Nave’s testosterone study, published in January in Psychological Science, found that men given a dose of the hormone tend to leap before they look—that is, they become more likely to answer quickly and intuitively and to make mistakes as a result. These “incorrect shortcuts,” Nave suggests, may reflect a brain adaptation favoring speed at the expense of accuracy.

Nave’s personal intellectual evolution, from engineering through neuroscience to marketing, has been powered by his fascination with human behavior. “What engineers do,” he explains, “is try to design machines and algorithms that are solving problems, and many times this is also what the brain does. So, in many ways, we can think of cognitive neuroscience as a way to reverse-engineer what the brain does.”

Cognitive neuroscience, Nave suggests, can benefit businesses by shedding light on human needs and desires. After all, he says, “marketing is about understanding people’s needs”—otherwise, a product won’t succeed. An assistant professor of marketing, Nave is affiliated with the Wharton Neuroscience Initiative, a program launched in September 2016 under the leadership of Michael Platt, the James S. Riepe University Professor, with appointments in Wharton, the medical school, and the School of Arts and Sciences.

The whiteboard in Nave’s Huntsman Hall office is covered with a column of scrawled words—replication, SnapChat, bargaining , testosterone— that suggest the breadth of his concerns. He earned his engineering degrees from the Technion – Israel Institute of Technology in his native Haifa, and a doctorate in computation and neural systems from the California Institute of Technology. There, he says, his adviser, Colin F. Camerer, a behavioral economist, helped him “cross the bridge from engineering to social science.”

In 2015, the pair teamed with another researcher on a news-making paper, in Perspectives in Psychological Science, that challenged the commonly accepted idea that oxytocin fosters “trust” in humans. Nave and his colleagues questioned the efficacy of the methods used to administer oxytocin to test subjects and showed that the key journal article on the subject, published in Nature in 2005, had not been reliably replicated by other studies.

“I’m going to be the last person to tell you that oxytocin doesn’t have a function in social behavior,” Nave says. But, in more than a decade, he says, no study with a sufficiently large sample size has been able to reproduce the much-ballyhooed original findings. (Nave also has written about the tendency of unsuccessful replication attempts to remain in the laboratory drawer.)

Another paper Nave coauthored with Camerer and a large group of collaborators, published in Science in 2016, looked at replication in economics. The researchers were able to confirm 11 of 18 studies published in two leading economic journals, for a replication rate of 61 percent.

“Science is now studying itself in order to prove its reliability,” says Nave, whose course at Wharton, “Data Analytics for Marketing Decisions,” is about research design. Humans have become “such a successful species,” he says, because “we standardize everything, and we just take everything for granted. We stand on the shoulders of others. If the shoulders are not reliable shoulders, then you’re going to see a house of cards.”

Nave’s testosterone study, coauthored with Amos Nadler of Western Ontario University, Camerer, and another researcher, already has been featured by media outlets such as Newsweek, The New York Times, and CBS News. The June Times story ran under the provocative headline, “Men Can Be So Hormonal.”

Unlike oxytocin, Nave says, testosterone can be administered in a way, via topical gel, that guarantees that it will reach the brain. And some of its effects—for instance, on sexuality, aggression, and physiological sex differences—are well known. Nave’s focus is on how testosterone affects decision-making, particularly whether it boosts intuitive decision-making at the expense of more deliberate, slower cognition.

One of the three questions in the “Cognitive Reflection Test” he used in the study posed this conundrum to 243 men: If a bat and ball cost $1.10 total, and the bat costs $1 more than the ball, how much does the ball cost? Hint: The answer is not $.10, which is what many people say if they answer quickly.

The men getting the testosterone dose were 20 percent more likely than those in the placebo group to guess wrong. But Nave cautions against jumping to the conclusion that these men were afflicted with hormonally induced overconfidence, as some media reports have suggested. The mechanism producing the errors, he says, is not yet known. One hypothesis is that it involves an evolutionarily beneficial “trade-off,” or sacrifice, of accuracy for speed.

“If the currency we want to maximize is being accurate, then, yes, they were less accurate,” Nave says. “But if they’re in a competition situation, and they’re accurate and slow, then this is not going to make you win the competition. If you are accurate 90 percent of the time, and you’re always first, this is going to get you the competition.”

The media fascination with testosterone research doesn’t surprise Nave. “The reason why it’s so interesting,” he says, “is that this is a story linked to masculinity versus femininity, men versus women. But the differences between men and women are not all explained by testosterone. I would actually be surprised if most of the differences in complex social behavior could be explained by it, because we live in a world where society treats women and men differently.”

For all the importance of culture and society, Nave’s own focus remains on the biological bases of behavior. He is now working on a larger testosterone study. The first one was “done with very high methodological standards—but it’s still one study,” he points out. “We need to keep that in mind. We are replicating it now with a much larger sample,” quadrupling the number of test subjects. “That,” he says, “is the way science should work.” 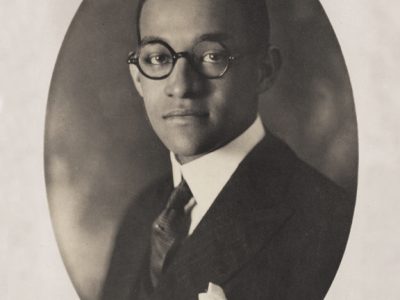 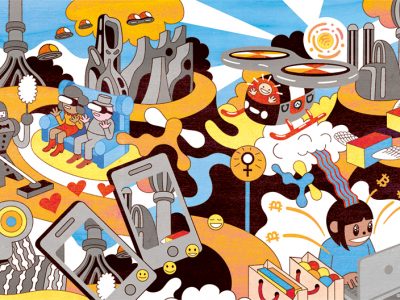