Drop batteries off the essentials list for that next camping trip. In a year or two, your backpack could be charging your cell phone, PDA, and MP3 player.

A team of researchers led by Dr. Lawrence Rome, a biology professor, announced the invention in the September 8 edition of Science: a backpack that converts mechanical energy—walking—into electricity.

“As humans walk, they vault over their extended leg, causing the hip to rise 5-7 centimeters on each step,” Rome says. “Since the backpack is connected to the hip, it must be lifted 5-7 centimeters.” A set of springs in the backpack capture this up-and-down motion and use it to power a small generator. The generator can run several devices at once; it produces up to 7.4 watts, of which the typical cell phone requires less than one.

The U.S. Office of Naval Research initiated the project, asking Rome to lessen the burdens of soldiers who carry up to 20 pounds of spare batteries into battle. According to Rome, other potential beneficiaries include field researchers and disaster-relief workers—“anyone with a need for power on the go.”

The bad news is that if you are a female executive leaving the corporate world for a while—to raise a family or pursue other interests—getting back in won’t be easy. The good news is that Dr. Monica McGrath, adjunct associate professor of management at Wharton, has research to help make that transition.

“Back in the Game: Returning to Business After a Hiatus” is her study of 127 female and three male executives who stopped working for at least two years, and had either returned or were trying to do so. Although 70 percent were positive about their decision to “step out,” 50 percent described stepping back in as “frustrating.”

To ease the process, McGrath recommends women keep up-to-date on technology while away, and maintain business contacts. Doing short projects is good, as is cleverly framing your time out of the office. One woman interviewed by her research team not only created a play-date organization involving more than 300 children, but also knew to describe it as, “Here is what I have been doing, here is what I have learned and how it applies to business.”

Dr. John W. Wiesel, professor of cell and developmental biology, took a sabbatical from his usual research on blood clots—and discovered how otter fur is uniquely adapted to insulate from the cold. His explanation for how these slender mammals can spend most of their lives in water without the cozy body fat of say, polar bears or whales, was made while on a busman’s holiday at Isle Royale National Park.

“Otter hair is so different that it caught my attention,” says Wiesel, an avid outdoorsman. Using molecular biology techniques such as electron microscopy, he found wedge-like fins on each hair which fit into the next, forming a dense web to keep heat in and water out.

“It can be very enjoyable and stimulating to expand your scientific horizons beyond the familiar,” Wiesel says. “Approaches and ideas from one field can be useful in another.” 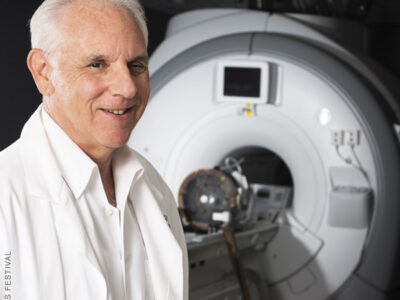 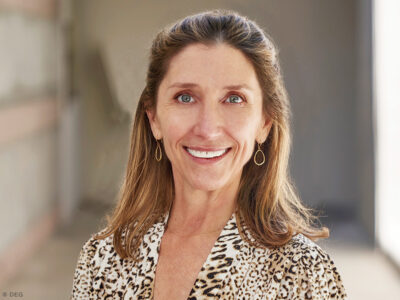