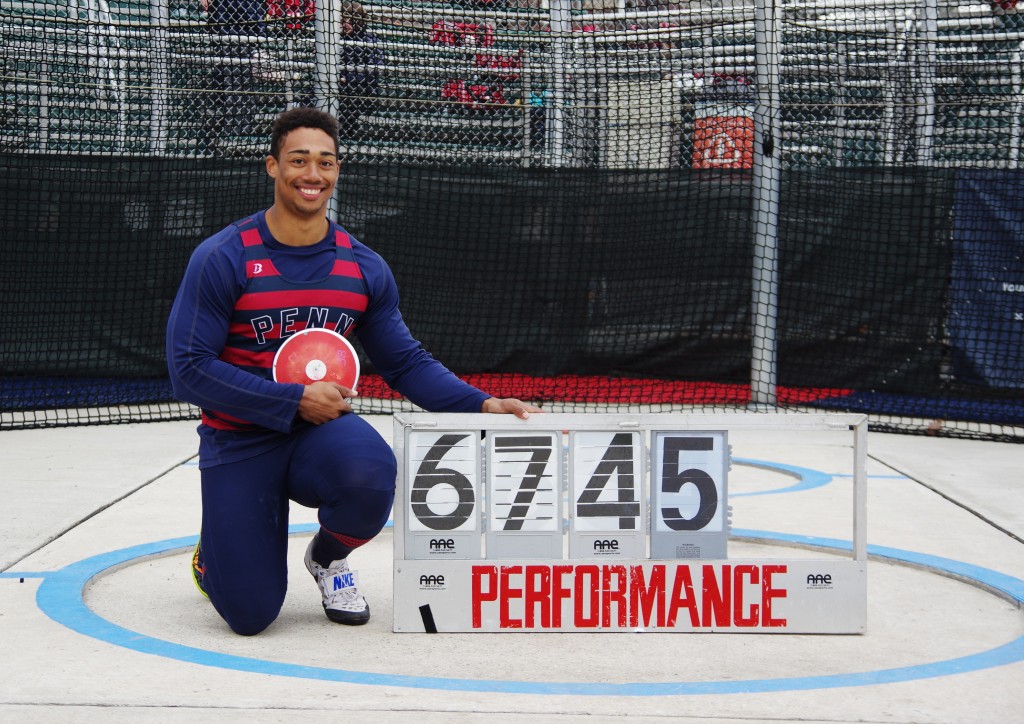 It was a big day for Penn Athletics on Saturday with the women’s basketball team coming very close to winning the program’s first-ever NCAA Tournament game (more on them to come in the next issue of the magazine), Casey Kent earning All-American status at the NCAA Wrestling Championships, the men’s lacrosse team beating rival Princeton on the road for the first time since 1988 and the women’s lacrosse team winning a top-20 showdown vs. Towson.

But perhaps the most impressive feat of all came from Wharton senior Sam Mattis, who took a big step toward making this summer’s Olympics — a lifelong dream of his that he discussed in detail in the current issue of the magazine.

In the first meet of Penn’s outdoor season, Mattis registered the best mark in the world in the discus with a throw of 221 feet, three inches (67.45 meters).

The throw was not only a Penn and Ivy League record but the fourth-best mark in NCAA history. Even more important, it met the Olympic A standard requirement, his first step to qualifying for Rio in 2016. He still needs to finish in the top three in the US Olympic Trials in Oregon in July, but he appears to be in good shape there. Just consider how impressive his performance was on Saturday with still months to improve before the Olympic trials:

Oh, and he did it all on his 22nd birthday. Not a bad way to celebrate, huh?