Off the Beat: To ICCAs and Back 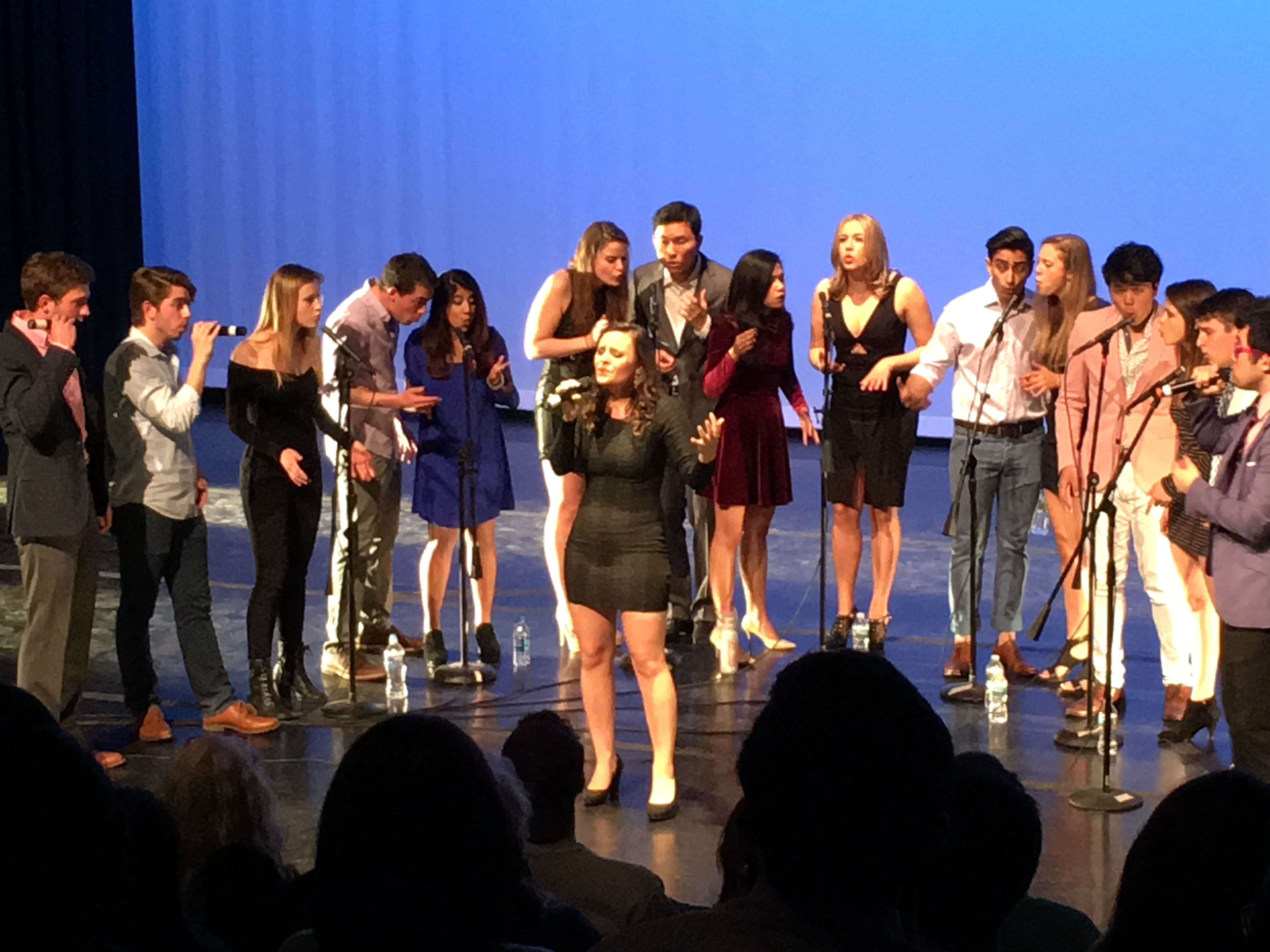 Off the Beat‘s spring show last weekend marked the end of a crammed semester—including four “hell weeks,” several rounds of collegiate a cappella competition, and filming for a reality show.

On stage in the Iron Gate Theatre Friday and Saturday nights, the group put their own instrument-free twist on songs originally by Demi Lovato, Bill Withers, Drake and others. Exactly two weeks earlier, they performed many of the same songs at the International Championship of Collegiate A Cappella (ICCA) Mid-Atlantic semifinal competition, held at the Kimmel Center in Philadelphia.

Haneol Jeong W’18, who sings bass and baritone in Off the Beat, remembers feeling fine during the soundcheck at Kimmel—”totally comfortable on stage,” in fact—but when it was time to actually perform, he looked out into the 2,500-seat theater and “it just really hit me: everyone here came to watch us,” he says. “I started getting really, really nervous.”

Jeong made it through the performance, though he does remember some trouble with breath control that night. The group didn’t advance to the ICCA finals, but they did win Outstanding Arrangement for their take on “End of an Era,” originally by Marianas Trench. Here they are performing that song at their spring show last weekend:

Also on hand at the ICCA semifinals: the film crew that had been following Off the Beat for several months, stockpiling footage for season two of the reality series “Sing It On.” (Coincidentally, alum John Legend C’99 is a producer.)

Jeong says the film crew added still more pressure, since even rehearsals had to be camera-ready. “I also didn’t realize the cameras were going to be so big and the lights so complex,” he says. “Everywhere we went, it was very obvious we were being filmed for some kind of show. People would all turn and look at us when we were walking around the streets of Philadelphia.”

“Sing It On” season two will air on POP TV in September. In the meantime, here are some extra moments from Off the Beat’s spring show last weekend, including a song that won Eleanor Thompson C’17 Best Soloist at the ICCA Mid-Atlantic quarterfinal in February:

And here’s the group at last year’s ICCA Mid-Atlantic semifinals, at which they placed third: