In 1997 (aka The Dark Ages of the Internet) an Australian poet named John Tranter created an online experimental poetry magazine called Jacket, by meticulously hand writing the HTML code that made the site tick.  His enormous energy kept the magazine running through 40 editions, spanning 13 years, during which its reputation and status in the poetry world only grew.  As documented in the March|April 2011 issue of the Gazette, when Tranter retired in 2009, Kelly Writer’s House director Al Filreis and a team of Penn recruits stepped in to take the reins.

This morning, the magazine was reborn in its new home at Penn.  The good news was announced with a poetically brief email from Filreis, composed of a link and a single line: “Happily, we inaugurate Jacket2”

Curious visitors will find a floor to ceiling redesign that takes full advantage of today’s media-rich web.  On the home page, you’ll see a recently discovered 1973 short film from Frank Kuenstler and hear recorded poems from the PennSound project, besides a full complement of reviews, interviews, and feature articles.

As the Gazette article notes, the original Jacket was “crammed with interviews (more than 100); book reviews (upwards of 650); feature articles on everything from cyberpoetics to a tribute to Kenneth Rexroth; and, of course, poems—lots and lots of them, by authors ranging from John Ashberry and Penn English Professors Charles Bernstein and Bob Perelman to Marjorie Perloff and the late Carl Rakosi SW’40.” 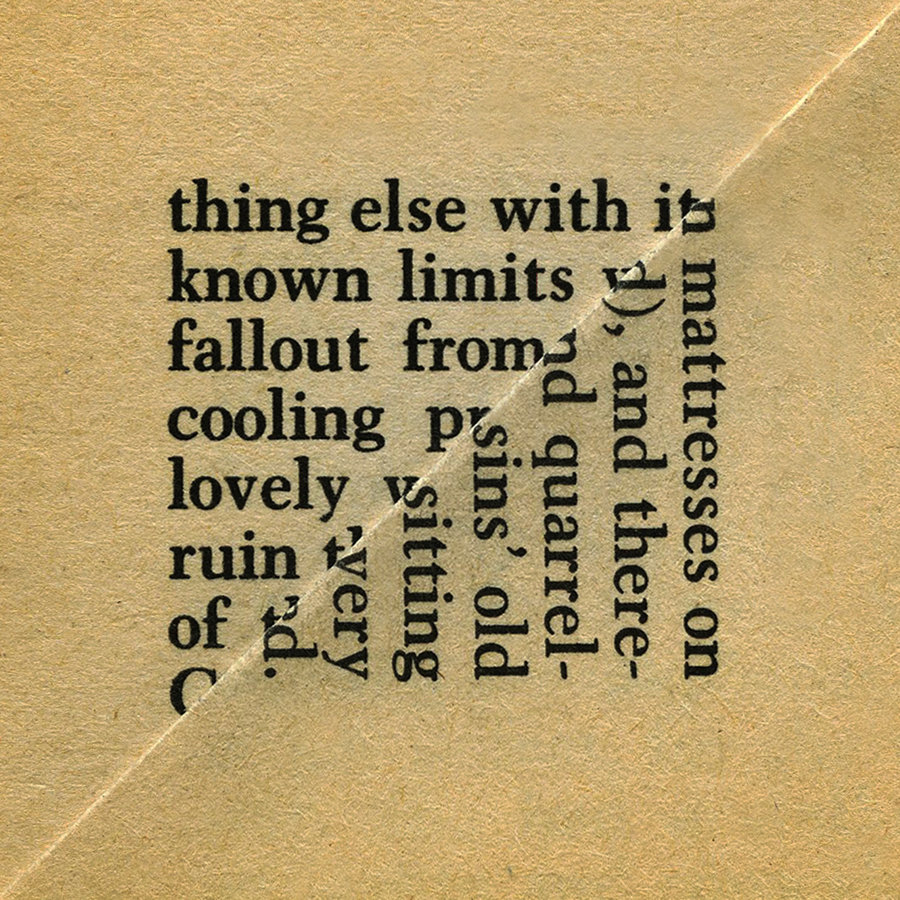 “Fallout” by Erica Baum, an example of the sort of work you can find in the new Jacket2

As part of Jacket2, those original 40 editions of the magazine have been lovingly transplanted to the web servers at the Kelly Writer’s House, and painstakingly indexed and tagged to make them fully searchable.  This task was even more monumental that it sounds.  Tranter was famous for the energy he poured into Jacket, and as the publisher’s preface notes: “Tranter had already pushed the concept of the online “issue” to the point of breaking. Issue 40 is the equivalent of 1,200 printed pages.”  No, that is not a misprint.

Arts and Culture
Whitman at 200