Why an emergency medicine physician launched a service that brings prenatal ultrasounds into patients’ homes.

Neeraj Gupta C’04 was already stretched thin during the pandemic, keeping pregnant patients calm and informed as the codirector of the emergency ultrasound division at Philadelphia’s Einstein Medical Center while keeping his two grade-school-aged daughters up to speed with remote learning.

It might have seemed like an inopportune time to start a new venture—but Gupta saw an opportunity to use his medical expertise to create a useful service for pregnant women during such unsettling times.

In September, he founded Home Sonography, which uses portable ultrasound technology to bring sonographs into the homes of patients. Billed as a “novel concept in concierge medicine,” it arrives at a time in which the cornerstones of prenatal care have been upended by the pandemic. As hospitals across the country work to limit the spread of the virus, prenatal ultrasounds have mostly become a solo activity—with partners sometimes seeing the first images of their baby or hearing its heartbeat over FaceTime.

Equipped with a portable ultrasound probe and a tablet, Gupta and his team (an ultrasound technician that began as his family’s nanny) correct this problem. From the comfort of their own homes, patients and their families can get a full scan of the baby along with downloadable ultrasound photos and a detailed report of the baby’s heart rate, due date, and gender.

And even though Home Sonography began as a solution to social distancing, Gupta believes it’ll have staying power in a post-COVID world. “Telemedicine has exploded during the pandemic and I think it’s something that can continue,” Gupta says. “I think we’ll find that a lot of times it’s much easier for patients to see a doctor from their bedroom and they don’t always have to see a doctor in person. So I think run-of-the-mill, routine visits will continue to be done virtually.”

Home Sonography deals in convenience, notes Gupta, who envisions the business becoming a big draw for parents clamoring for family time after many months of distance. “There’s always going to be working moms and dads out there who can’t attend every single appointment who would love to have this type of opportunity at their homes post-pandemic,” he says. Gupta pictures the business even taking on a novelty dimension, where he can perform live ultrasound scans to liven up family gatherings or gender reveal parties. “It’s not like you can bring your grandmother, your grandfather, your children, uncles, and aunts all to come and see the baby. So this is something that will continue to live on.” He’s also thought about including a referral service for pregnant women to connect with purveyors of non-essential pregnancy services, like maternity photographers and prenatal chiropractors, that can make the road to a patient’s due date smoother.

While initial traffic at its South Jersey home base has been slower than expected, Gupta hopes Home Sonography’s portability will allow it to easily expand. “We’re not a brick-and-mortar store where people have to come to us. We can go anywhere as long as there’s a technician, a tablet, and a patient that’s willing and able,” he says. “The goal is to start off small, fine-tune the business, and hopefully expand to reach as many pregnant women out there.” This expansion model slots easily into the gig economy, with ultrasound technicians across the country working as contractors with local clients and Gupta overseeing operations.

Gupta never imagined he’d become passionate about growing a start-up. Laser-focused on becoming an emergency room physician, he majored in Biological Basis of Behavior at Penn before heading to medical school at Stony Brook University and a residency at New York’s Mount Sinai Hospital. “As an emergency medicine physician, we’re mainly employed by hospitals,” he says. “We don’t own private practices, so [business] was never on my mind.”

The good part about his background is that medicine taught him the power of routine; he schedules his Home Sonography appointments around hospital shifts and writes business plans after his daughters’ bedtimes. But it didn’t prepare him for the unpredictability of entrepreneurship, of waiting for investments to turn into clients.

“I put all this money into getting all my equipment and my malpractice insurance, so I just assumed that the phone calls would start coming in and the clients would start coming in. And I think that set me up for some initial disappointment when the clients didn’t start pouring in,” Gupta admits. “But the more I talk to other people that have start-ups, they talk to me about having patience and remind me to not look at this as a one-month type of thing but as a long-term investment. And that’s what keeps me going.” —Beatrice Forman C’22 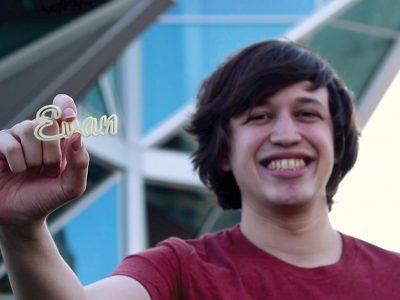 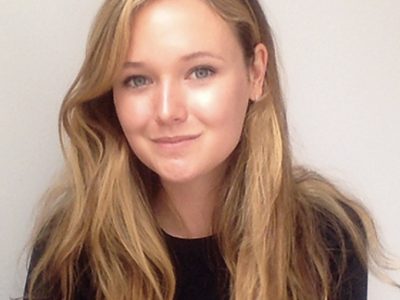