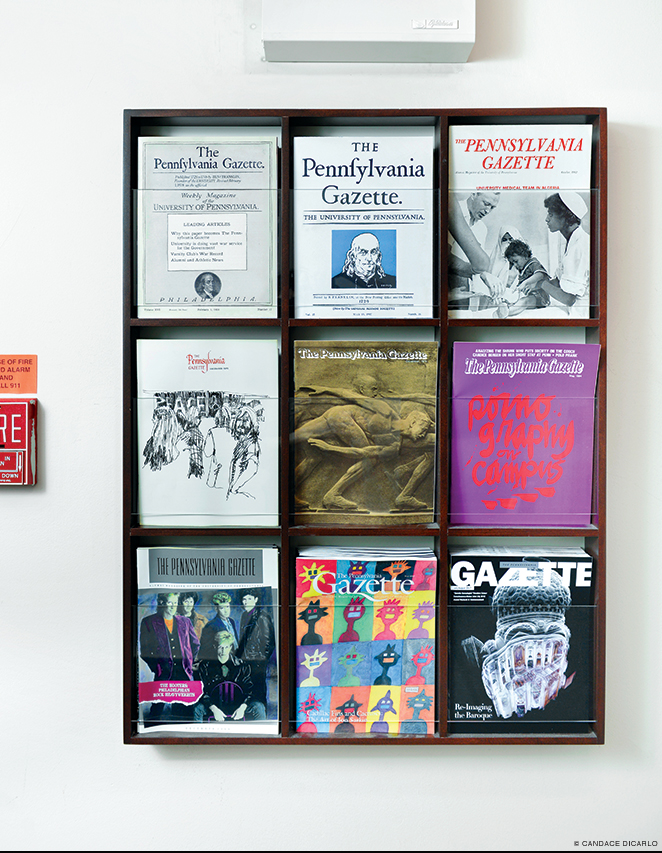 Unless you’re the type of magazine reader who heads first for the inside back cover, you’ve probably noticed by now that this issue of the Gazette has a new look, the latest in a long line of them stretching back to the very first issue—dated February 1, 1918—to bear the name, The Pennsylvania Gazette. That one and some other samples drawn from over the decades are shown here.

Incidentally, from the time of the publication’s founding in 1902 up until then, it was known as Old Penn, which we’ve appropriated as the title of this page. In future, it will offer less self-referential (usually) snippets from the University’s rich history. —Ed.