Taking the Performing Arts to the Next Level 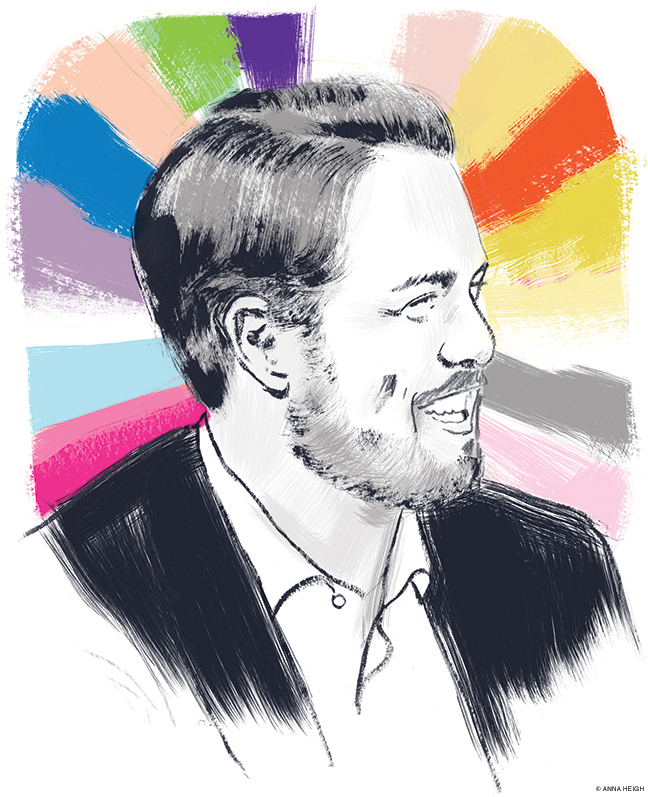 This past fall, Christopher Gruits became only the third person to lead the Annenberg Center for the Performing Arts since 1976.

(The first was Stephen Goff Ar’62, whose tenure ran through 1997, followed by Michael Rose, who stepped down last summer.)

Before he came to Penn, Gruits—whose title at the Annenberg Center is executive and artistic director—produced more than 600 arts events a year at Interlochen Center for the Arts in Michigan. The Annenberg Center job appealed because he liked the idea of shaping Philadelphia’s cultural offerings—with the aim of putting the campus arts center in line with the Brooklyn Academy of Music, which bills itself as “the home for adventurous artists, audiences, and ideas.”

“A lot of artists performing at BAM or Joe’s Pub are skipping Philadelphia—passing right by it on the Acela—and going straight down to DC,” he says. “The question is how do we capture those artists and present them to Philadelphia?”

Looking ahead to the 2017-18 season, which launches in September, “The big concept for the Annenberg right now is renewal,” he says. “We want to be the place for the highest quality and most innovative artists across dance, music, theater, and film.”

As head of the busy arts center, which includes three theaters and an administrative staff of almost two dozen, Gruits has the opportunity to shape both Penn’s arts landscape and the city’s cultural scene. The Annenberg presents more than 300 performances a year—mainly concerts, plays, dance shows, festivals, and Penn student productions—that bring 50,000 people into its Walnut Street building.

At the top of Gruits’s plan is a refreshed commitment to world premieres, commissions of new work, and artists’ Philadelphia debuts—hallmarks of the Annenberg’s early years. He notes that after opening in 1971, the center consistently brought then-unknown artists to Philadelphia, including composers Philip Glass and Steve Reich, and mounted groundbreaking theater works that alumnus and Broadway legend Hal Prince C’48 Hon’71 helped track down.

But in recent decades, the center became known for its jazz and world music concerts and contemporary dance performances. Those staples will be back for the 2017-18 season, but Gruits has also inserted his new priorities. “We’re really thinking about fulfilling [the center’s] original mission, which is to be a place for innovative arts,” he adds.

The new season will open with a Philadelphia Fringe Festival performance—one that’s both a world premiere and a collaboration with Philly’s Pig Iron Theatre Company and Penn’s environmental-humanities and theatre-arts programs. The music/theater work addresses climate change and will involve four local choirs. Gruits says it’s the first major collaboration between Annenberg and the 21-year-old Fringe Festival, and notes that it’s “very much in line with what Annenberg used to do in the ’70s and ’80s.”

He’s also bringing artist residencies to the center, starting next February with Mark Morris. “He’s arguably one of the most important modern choreographers in the world,” Gruits says, “and very much a polymath—he has his hands in everything from music to film to writing.” While in residency, Morris will select films to screen, present a performance by his Mark Morris Dance Group, offer an outreach program to Philadelphia schools, and work with Penn dance students through the Platt Student Performing Arts House.

The Chamber Orchestra of Philadelphia will be in residence throughout the new season, offering several performances in the Prince Theater and working with the music department. The performances will be relaxed and informal, with a cash bar and musicians talking to the audience between pieces, Gruits says. “It’s really the first time the chamber orchestra has come over to this side of the river.”

He also wants to work closely with academic programs and departments within the University. Gruits squeezed an electronic music performance (presented with the music department) into the season that just ended. The upcoming slate will include collaborations with Penn’s theater-arts and Africana-studies programs, and a Cuba Festival presented with La Casa Latina and the Cuban Club.

When it’s feasible, Gruits hopes to take the Annenberg’s visiting artists and performances outside its 3680 Walnut Street location. He says to expect pop-up performances in the center’s outdoor plaza and, he hopes, both full-scale and smaller shows inside Irvine Auditorium, at the ARCH building, and in the Pennovation Center’s plaza.

“We’re trying to think about Penn’s campus as a canvas for programming,” he says, “and we’re trying to meet students and the community where they are.”

Even with Annenberg right in the middle of campus, Gruits knows that attracting significant numbers of students for performances can be a challenge—except when student groups present their own shows or concerts. He plans to book artists that will lure more students: indie rock bands, singer-songwriters, maybe even a comedy series.

“Performing arts is a big part of a liberal arts education, and we really want Penn graduates to leave with at least a little knowledge and expertise about it,” Gruits says. “But today’s student might resonate more with a YouTube celebrity or a comedian than a modern dance troupe.

“Philadelphia’s a city that’s both big and small enough that you can have a real impact,” he adds. “I saw a huge opportunity at Penn to take the Annenberg to the next level.”—Molly Petrilla C’06 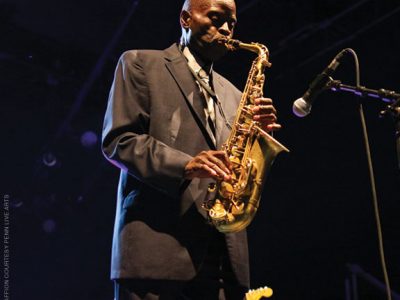 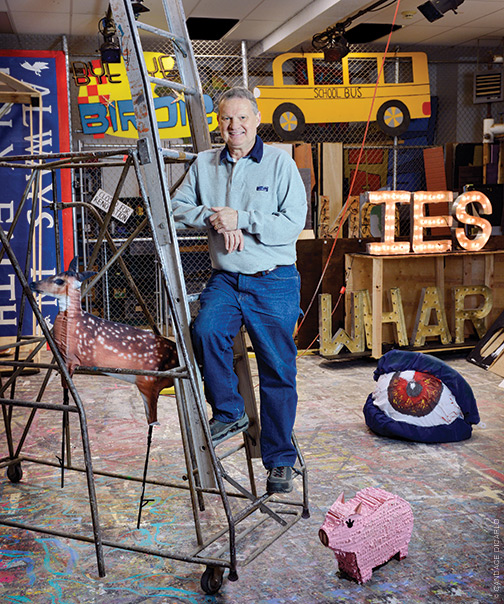