Bob Lundgren GLA’82, Penn’s landscape architect, first came up with the idea of embedding a granite compass in Locust Walk at 37th Street in 1984. In the 38 years since its installation, it has evolved into a campus landmark, complete with a unique urban legend: freshmen who walk directly over the center of it are fated to fail their midterms.

But after decades of wear and tear (and who knows how many flunked exams), it required some fixes. So over the summer, masons from Penn Facilities installed new stones and gave the compass a facelift.

“We ended up doing the whole thing over and changed the design a little bit, with smaller stones, so when trucks drive over it, they don’t break,” Lundgren says. “We just redesigned it to make it a little better. But essentially it’s the same thing.”

Although it may look the same to casual passersby, Lundgren says the new stones are thicker and “we did better work structurally underneath,” so the compass will be “more shock-resistant” as campus gets busier. The North, South, West, and East directional keys were also slightly adjusted for accuracy; even though the compass had previously tried to reflect the city being “11 degrees off the grid,” and hence not lined up with the streets, Lundgren notes that “it was a little bit off before.”

Adding that the refurbished compass is “built to last” beyond his time, the University’s landscape architect doesn’t mind if students continue to sidestep the center of it. “Anything that makes a place is really important,” he says. “I’ve seen freshmen walk around it, so it’s interesting how that’s grown.” —DZ 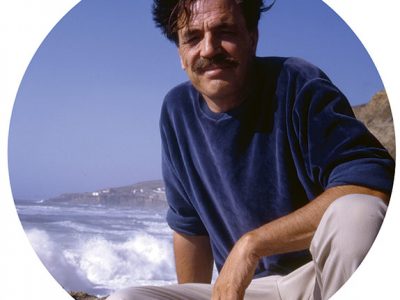 Features
A Man and His Environment 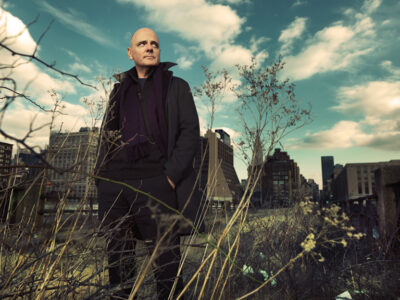 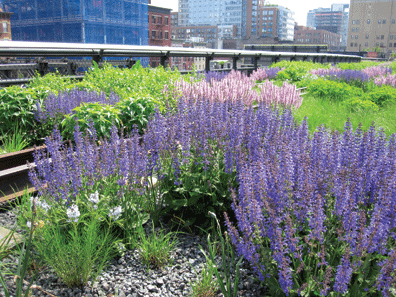 Alumni
High on the High Line