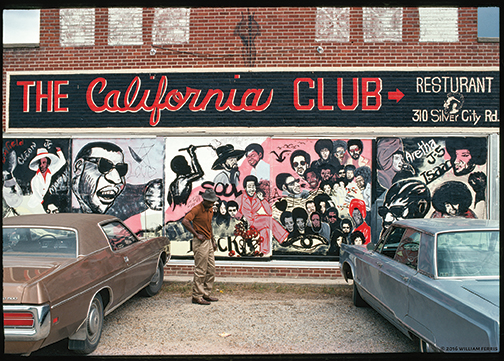 A new book of photography chronicles the author’s lifelong attempt to understand his native South.

“As a photographer of the American South, I sought the Holy Grail—that single image that captures the region in its fullest, most engaging expression,” writes William Ferris G’67 Gr’69 in his introduction to The South in Color: A Visual Journal, published this month by the University of North Carolina Press. “I pursued that quest knowing that the South and its diverse worlds can never be contained within a single photograph.”

Ferris, the Williamson Eminent Professor of History at the University of North Carolina at Chapel Hill, began image-making at age 12, when his parents gave him a Kodak Brownie Hawkeye for Christmas. He’s been photographing ever since, through his grad-student days at Penn and a series of increasingly distinguished academic positions that led to a stint as chair of the National Endowment for the Humanities. 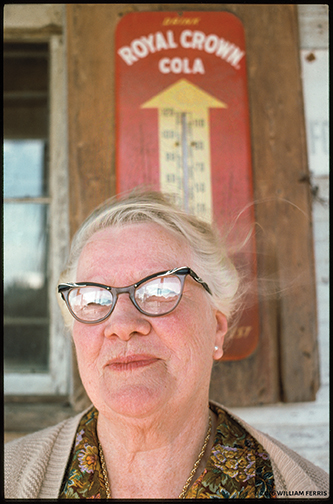 The South in Color is the third work of an informal trilogy that began with Give My Poor Heart Ease and The Storied South [“Arts,” Mar/Apr 2014], and the first to be given over to photography. Starting with his boyhood days on his family’s farm near Vicksburg, Mississippi, the book includes vivid portraits of the region’s people and buildings and reflects his ambivalent relationship with the “beautiful and haunting worlds that always surround me.”

Citing the black-and-white photographs of Walker Evans and Eudora Welty as having “defined documentary work” for him, Ferris notes that from the beginning, he used both color and black-and-white film, though for years he shared the prevailing view of color photographs as “stepchildren within the documentary world.” But in the 1970s, Evans and others encouraged him to re-see color photographs as a “canvas on which the palette of color was as important as the subject itself.” 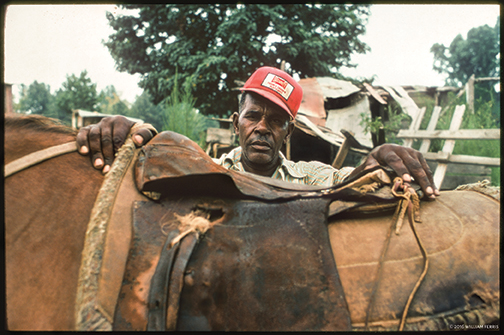 “Unlike photographers who passed through and photographed the region for brief periods,” Ferris points out, “I worked with my camera in the South for more than six decades.” His portraits capture ordinary people in front of clapboard churches, pickup trucks, and general stores, and in doing so “track race relations in the South, a region where racial hatred and violence refuse to disappear.”

“Memory is a strange thing in the South,” he notes. “Some never forget. Some want to forget. Others simply cannot remember. For each, photography plays an essential role.”