Class of ’94 | When Leah Binder G’94 ASC’95’s son Henry was three weeks old, he couldn’t keep down his milk. Repeated spitting up meant repeated visits to the doctor’s office, where the pediatrician failed to diagnose the infant.

“She basically said that we were just paranoid new parents, patted us on the head and sent us on our way,” Binder recalls. “The third time, the pediatrician refused to see us, but we brought the baby in anyway because my husband insisted.”

That’s when the doctor found a telltale bump on Henry’s belly. He was suffering from pyloric stenosis, an abdominal blockage that is life threatening if left untreated. Henry recovered after emergency surgery. He’s now 15.

For Binder, president and CEO of the Leapfrog Group, a Washington-based patient advocacy organization known for pioneering the use of letter grades to rate hospitals, the memory is every bit as instructive as it is wrenching.

“It was motivational for me because I realized just how vulnerable I was,” she says. “The only thing that’s worse than being vulnerable as a patient is being vulnerable as the parent of a patient. There’s nothing like it when your child is at the mercy of a healthcare system that seems to not care.”

Binder has fought for hospital transparency since joining Leapfrog in 2008. The nonprofit was created in 2000 after an Institute of Medicine report titled “To Err Is Human” revealed that as many as 100,000 people die every year from hospital errors and accidents.
Data show that medication errors make up the vast majority of errors, says Binder, who regularly contributes to Forbes.com, The Huffington Post, and The Wall Street Journal’s experts forum.

The Department of Health and Human Services reports that many hospitals ignore state regulations requiring them to report events in which medical care harmed a patient. Binder isn’t waiting for government to ride in to the rescue. Her forcefulness led her to be named one of the “Top 25 Women in Healthcare” last year by Modern Healthcare magazine.

“Leah is a passionate advocate for healthcare system improvement, and providing consumers with information and tools that will help lead them to safer care,” says Neil Goldfarb C’79, president and CEO of the Greater Philadelphia Business Coalition on Health, a group that works with employers to ensure that medical care is accessible, affordable, high-quality, and safe. While Binder is “very open to dialogue and feedback,” he adds, “she has limited tolerance for systemic inertia.”

In 2012, Leapfrog, making good on Binder’s idea, launched the Hospital Safety Score, a distillation of 28 measures of safety taken from data gathered by the federal Centers for Medicare & Medicaid Services. The grades are available for scrutiny by individuals and employers shopping for group health-insurance coverage.

Eight experts in the field of patient safety spent a year developing the system. So far, the effort is paying off.  “Now we’re starting to see some incremental change in almost all of the measures that we look at,” Binder says, noting that the grades have even been used to determine CEO compensation. “That’s a breakthrough, given that 10 years ago we saw nothing. Our board really felt we needed to engage customers. They were the missing player in this drama.”

The grading system builds on Leapfrog’s other signature: a voluntary survey, conducted annually since 2001, in which hospitals self-report their performance. But only a third of the country’s hospitals—about 1,400 of them—take part.

The A-through-F grading system has helped to change that. In 2013, the safest hospitals were in Maine, where 80 percent of facilities received an A. New Mexico and the District of Columbia rated the worst, with no hospitals scoring an A, according to Leapfrog findings. (The Hospital of the University of Pennsylvania received a B this year.) Binder isn’t always a welcome face among hospital executives.

“What I see behind the scenes is that many of them express disenchantment with the safety score in the media, but they also call us to go over their score,” she says. “They take it very seriously, and they’re clearly using it as a platform to make some overdue changes in their operations. Many of them don’t even know that their safety records are so below their peers’.”

Leapfrog’s efforts are being helped, in part, by the federal Affordable Care Act of 2010, which provides incentive payments to hospitals that use computer software to track patient care. Electronic records are considered one of the best ways to head off mistakes.

Between 2010 and 2012, the number of hospitals with a basic electronic health-records system tripled, according to the Robert Wood Johnson Foundation. More than four in 10 hospitals now operate with health-information technology, but the effort is hampered because doctors don’t always share information with their colleagues.

“To err is human, but hospitals are capable of addressing human error,” Binder says. “You assume people will make mistakes, and you create systems that make it very difficult for the mistakes to kill someone. We are very, very far from that goal.”

Leapfrog, meanwhile, is spreading awareness of medical issues in other ways. In March, the group released data showing that early elective deliveries—inductions or Caesarean procedures performed prior to 39 weeks—had declined from 17 percent of all births in 2010 to just 4.6 percent last year. That dramatic drop coincides with Leapfrog’s efforts to publicize the risks to babies and mothers when early elective deliveries are performed without medical necessity. (Early deliveries also drive up the cost of care, Binder points out.) The decrease has drawn universal acclaim, Binder says, with supporters including the American Congress of Obstetricians and Gynecologists, and the March of Dimes.

“This is one of the most extraordinary examples of progress in healthcare that I’ve seen in my career,” Binder said when the report was released in March. “It shows that public reporting can galvanize change, and that saves lives.” 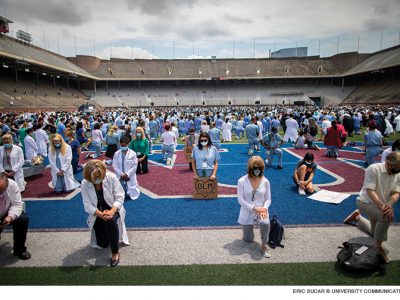