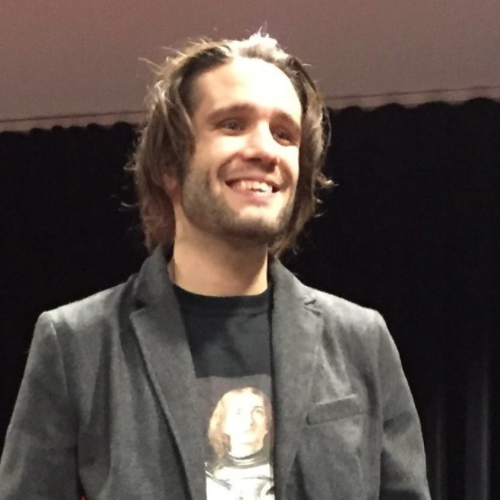 Penn founder Ben Franklin famously quipped, “By failing to prepare, you are preparing to fail.” With his long-range business plan and a focus on humanity, Daniel Faggella G’11 clearly takes this message to heart.

In 2013, Faggella sold his first business, a mixed martial arts facility in Rhode Island, with a specific intent to fund a niche online business, Science of Skill, which he later planned to sell to fund his “life’s purpose,” the study of cognitive science and artificial intelligence.

This year, Science of Skill sold to an independent group of buyers in Cleveland for $1+ million, leaving Faggella time and money to focus on his current company, TechEmergence.

Read our interview with Faggella below where he discusses how his student thesis for the Masters in Applied Positive Psychology program turned into a multi-million dollar business in just four years.

1. What drew you to the Masters in Applied Positive Psychology program at Penn?

I was interested in understanding psychology’s impact on human skill development and performance. With Martin Seligman as the founder of Positive Psychology, and Penn as one of the most prominent grad programs in non-ameliorative psychology applications, I figured it would be the right place to go. As it turns out, through Penn I was able to get direct interviews with the founder of Goal Setting Theory (Edwin Locke) and the father of skill acquisition studies (Anders Ericsson) during the development of my thesis work, so I’m grateful I chose this program.

2. What was your thesis topic? Did you have the intent to turn it into a business at the time you were writing it?

My thesis at Penn was on the science of skill acquisition and skill development. It was during my time at Penn that I began writing a blog called “Science of Skill,” but I had no definite plans that it would become a business. It was more of a training log, where I used myself as a “guinea pig” for skill development principles applied to Brazilian Jiu Jitsu (I hold a black belt in that art, and at the time was running a combat sport training facility that I had started in undergrad).

By the time I had graduated from Penn I’d won the Pan Am Championships in my weight class, and many of my YouTube videos of competitions and highlights were gaining popularity. Knowing that I wanted to have a location-independent business that I could sell to finance my venture in AI, I decided to start building a skill development curriculum in the combat sport niche, and offering this for sale online to our YouTube and blog followers. Four years later we were making over $2 million in annual sales, with instructors and customers all over the US and Europe.

3. How did you use Science of Skill as a stepping stone to fund your current business, TechEmergence?

Science of Skill became an eCommerce/eLearning business that taught martial arts techniques and skill development curricula to an online audience. Quickly, this expanded beyond my own instruction, to the teachings of other martial arts and law enforcement experts who could teach a wide variety of self-defense skills, while I focused mostly on building my team and managing our growth.

4. Tell us more about TechEmergence and why you are interested in artificial intelligence (AI).

During my graduate school work at Penn, I was studying the psychology of learning—but by the end of my graduate studies in 2012, I was becoming increasingly convinced of the promise of machine learning. The intersections between my world of cognitive science and the tech world of artificial intelligence had become clear. Influencing the trajectory and safety of AI and neurotech became my sole mission by the end of 2012.

I believe that neuro-technologies (like those beginning at Brown’s Braingate lab) and artificial intelligence will have a massive impact on human life and society—and managing our integration with these technologies seems to me to be of the highest ethical import. Building an objective market research and media firm in the AI space will hopefully help to facilitate the global conversation about how these technologies will impact us and how we should regulate them. I hope to bring my studies at Penn (of psychological well-being and the constituents of happiness) to bear in these issues around technological progress. If technologies should “make the world a better place,” then it would seem that they ought be introduced and integrated in ways that are conducive to the well-being of our whole species.

Interestingly enough, while I was actively involved in teaching seminars and competing nationally during my years at Penn, I didn’t practice on campus. I was quite busy juggling (a) graduate studies, (b) my growing martial arts academy, and (c) speaking gigs at colleges and high schools about skill development and goal setting. Today I am less involved in martial arts as my purpose permits little leisure. However, I have some close friends who run Brazilian Jiu Jitsu academies, and when I am in their cities it is nice to train again a bit!

Below, watch Faggella in a 2014 TEDx event as he opens a discussion about the moral implications of technology’s influence on consciousness.