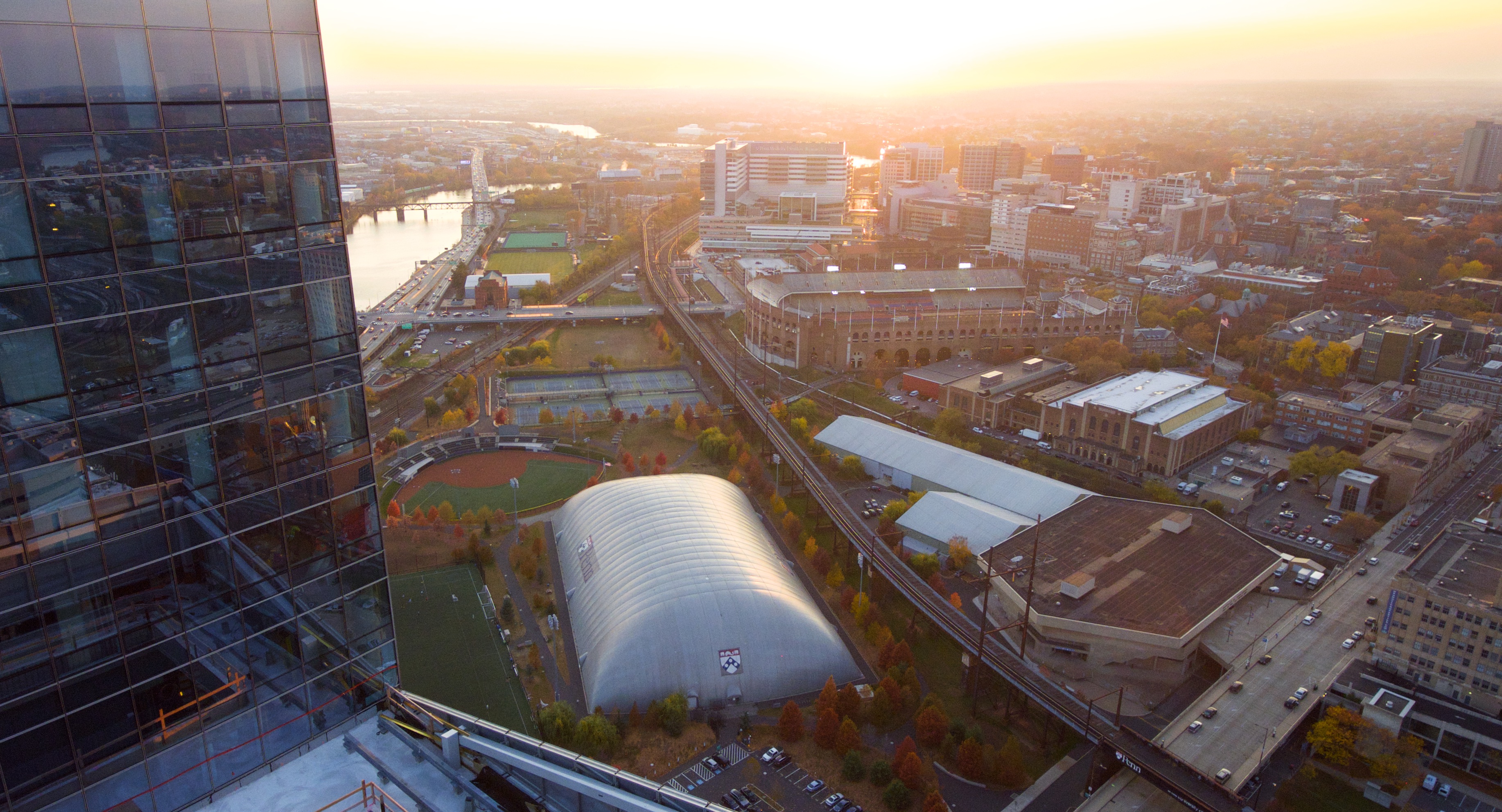 If you’re walking past Franklin Field or through Center City and happen to look way, way up, you may spot Christopher Kao’s W’18 EAS’18 drone snapping photos from mid-air.

In the last year, Kao has established himself as a go-to guy for drone photography—first on campus and now, thanks to his new commercial drone pilot certification, for real estate developers and architecture firms throughout the city. 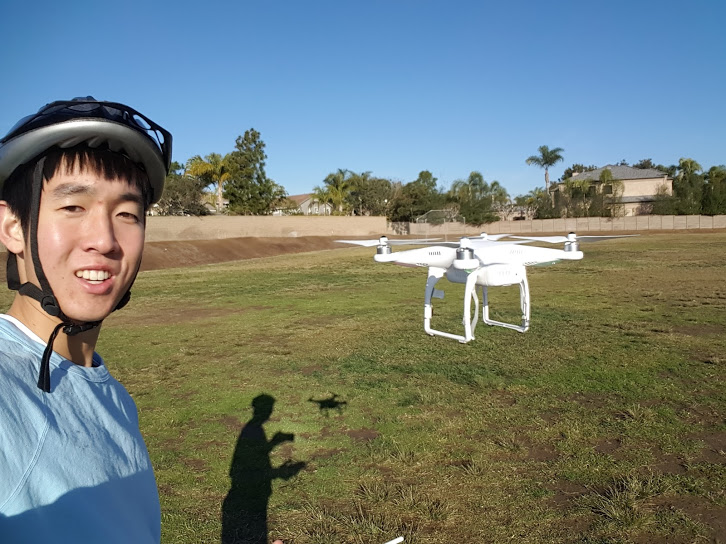 It started in December 2015 when a friend sold his damaged DJI Phantom 2 drone to Kao at a deep discount. Kao had always loved photography—he says it was inevitable growing up an hour from Hollywood—and happily turned over the cash. He then spent hours fixing up the broken gadget.

With help from an enthusiast in his hometown of Huntington Beach, California, Kao used that winter break to figure out drone photography—everything from lighting (catching the “magic hour” is key) to height (lower is better).

Back on campus, he kept practicing. He shot College Hall and Locust Walk. He filmed snowfalls and fashion shows and student performances. He snapped a sky-view photo of the Class of 2020, which he says will go into an upcoming University calendar, along with more than a half-dozen of his other images, too. 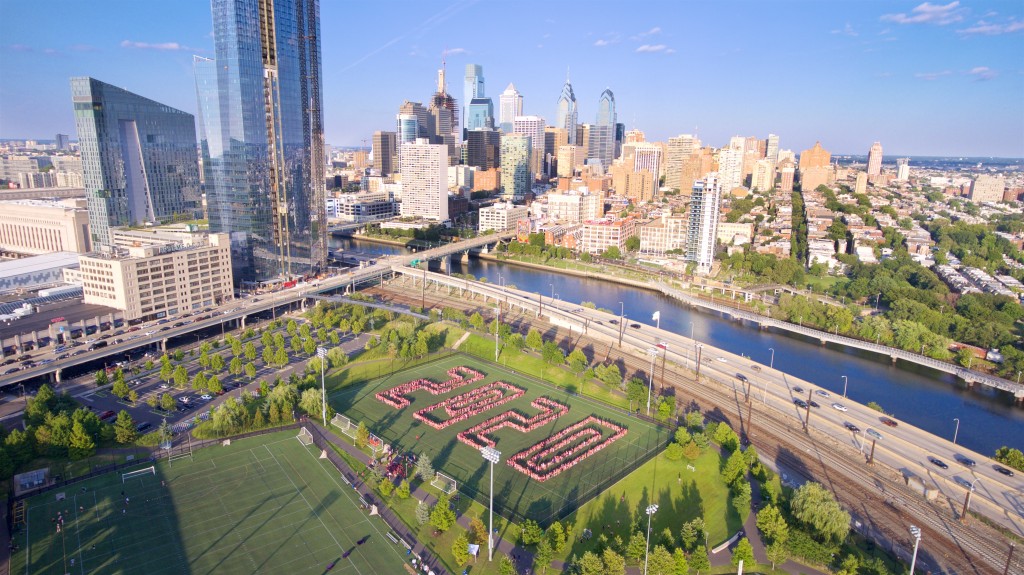 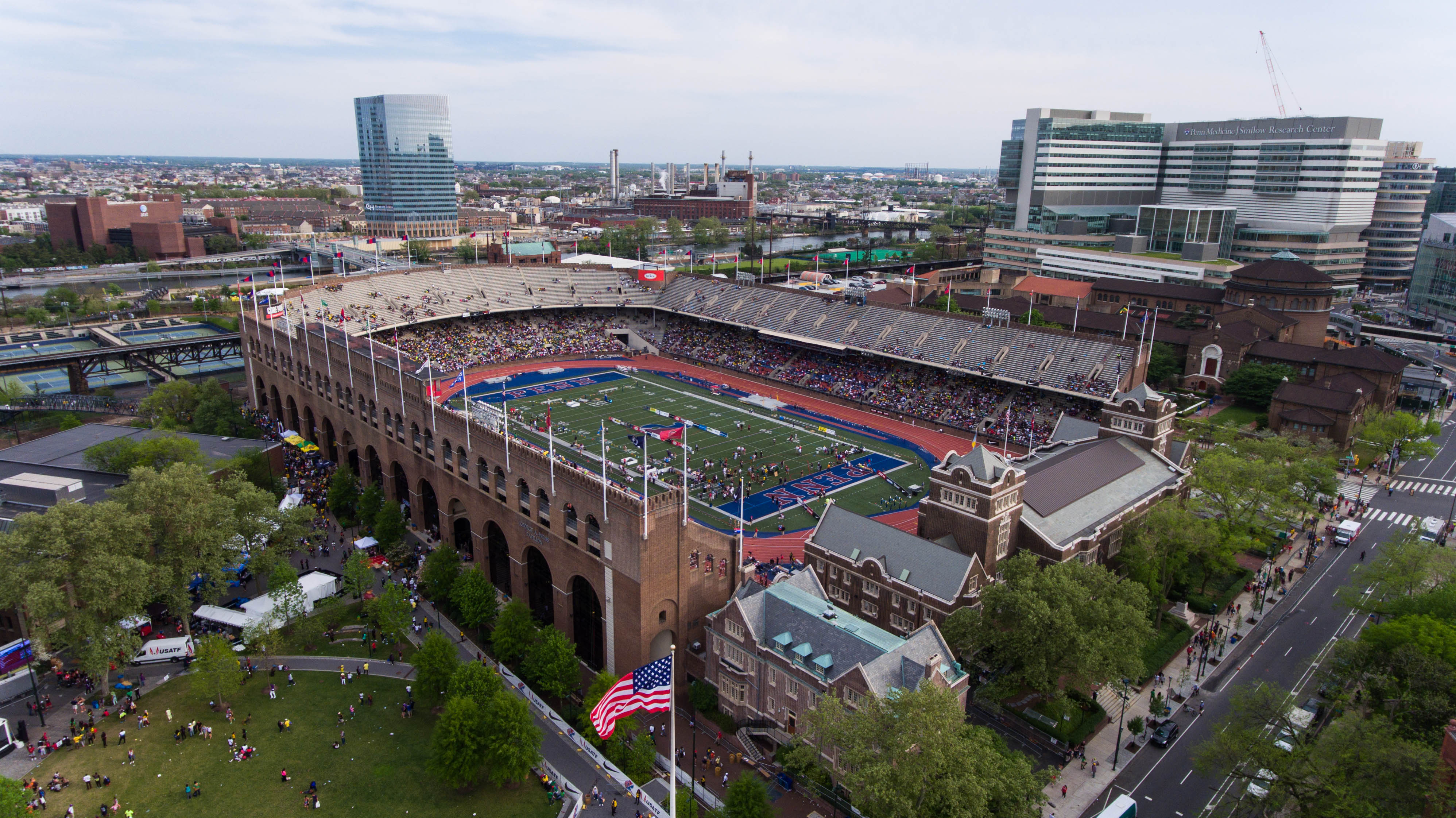 Just like traditional photography, “I definitely see it as an art form,” Kao says of shooting via drone. Typically he heads out at 5 a.m. for shoots. He likes working at sunrise, which is more relaxed than racing against a sunset. “It’s also relatively quiet,” he says, “so the drone doesn’t attract too many people.” (Not that people don’t like it: most just want to talk drones with him and ask for recommendations.)

He’s become a weather junkie, too, constantly checking the forecast to pin down the best days for photos. He says wind can make things especially tough—the drone can drift or, if you’re really unlucky, bump into a building. Even under perfect conditions, all the metal in Center City’s skyscrapers can confuse the drone’s compass, adding an extra challenge. 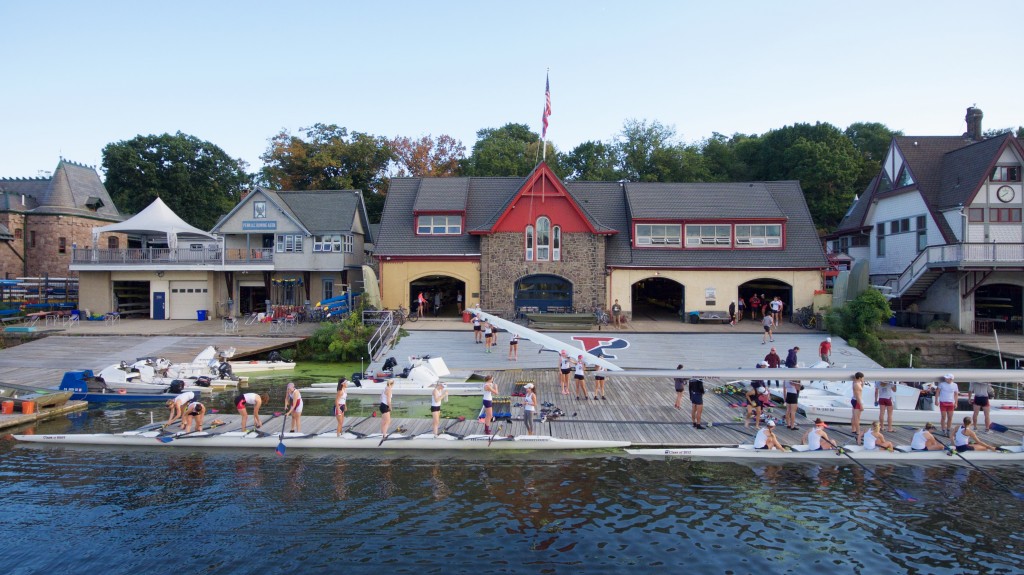 Earlier this month, Kao became a certified commercial drone pilot, which means he can charge clients for his photos. The process required a test that happened to fall on the same week as his final exams at Penn. “People were joking, like, ‘what Chris, four exams isn’t enough for you?’” he says. “Luckily, I passed with a pretty high score.”

In the few weeks since he’s had his license, Kao’s landed a slew of assignments to shoot major construction projects in Center City. He’s started a side business, Philly By Drone, and is using the income to pay off his student loans—and upgrade to a fancier drone. 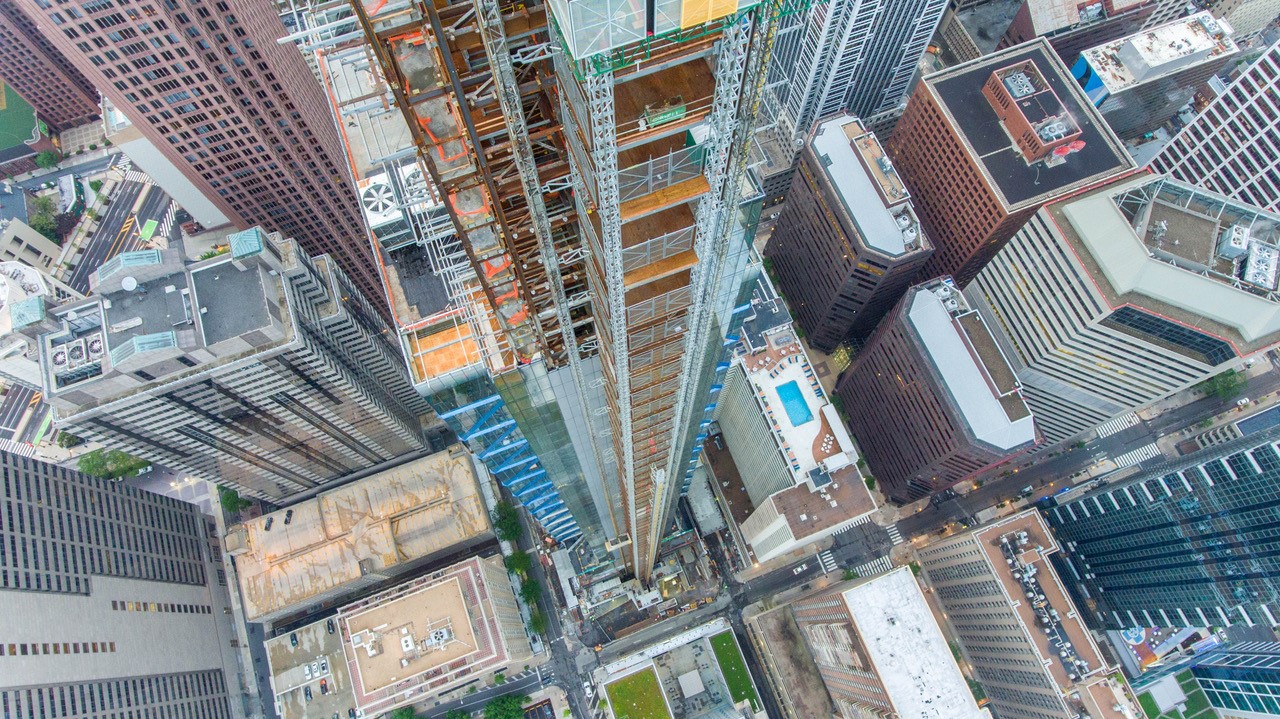 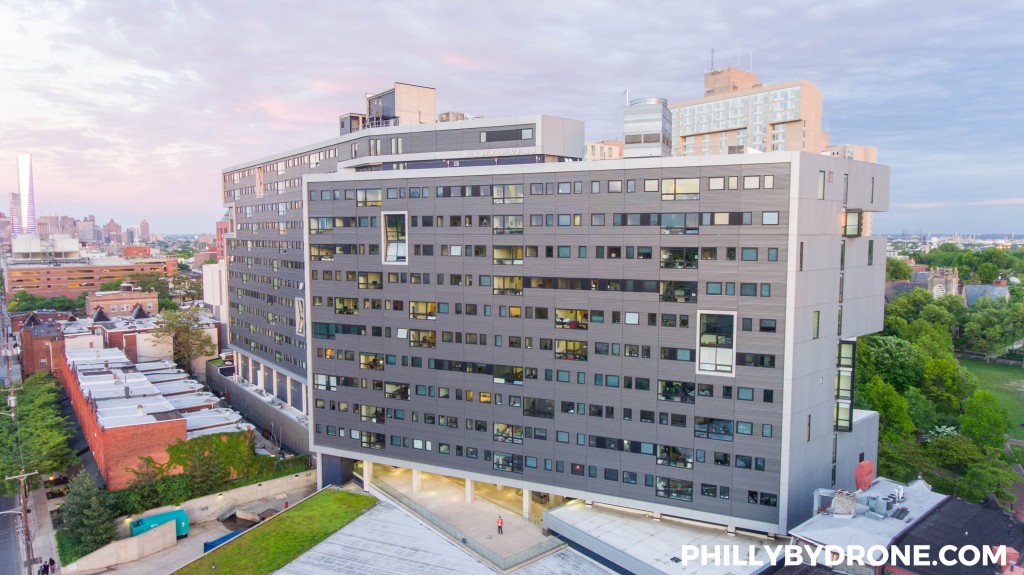 The Radian Apartments at Penn. Photo: Philly By Drone

Kao’s advice to drone newbies? Start off in a big open field and always use the drone’s GPS, even though it’ll soak up a few extra minutes before you can take flight. “You never know when you might fly behind a building and lose control of it,” he says. “With GPS, it knows to fly right back to where it took off.