An Ethnographer Among the Hyenas 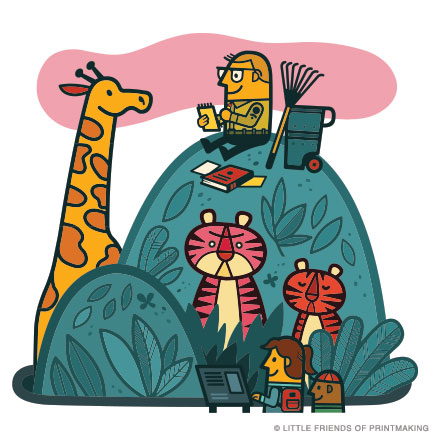 In the four years he spent working on his latest book, David Grazian was puked on, soaked in armadillo bathwater, and bitten by an African gray parrot. He performed with alligators and snakes, portioned out raw ground horse meat, and shoveled lots and lots of dung. It was messy work, sure, but all in the name of research—an ethnographic study that put the associate professor of sociology behind the scenes at two zoos and in front of the exhibits at 26 others. The result is American Zoo: A Sociological Safari.

It’s an unexpected subject for Grazian, who also chairs the department’s graduate program. He says he was never a zoo kid, or even a zoo adult. Up until 10 years ago, “I hadn’t really thought about them at all,” he confides. “They weren’t really a part of my life.”

Then he had a baby.

His son liked animals from early on, and Grazian began taking him to the Philadelphia Zoo. One day he and John Jackson, dean of the School of Social Policy and Practice, had a dads’ day out with their kids. While the little ones frolicked among the charismatic megafauna, the two ethnographers couldn’t quite break free of their PhDs.

Grazian found himself riffing on the sociological parallels between zoos and blues nightclubs—the subject of his first book, Blue Chicago: The Search for Authenticity in Urban Blues Clubs (2003). Both revolve around “staged authenticity,” he observed, and both involved audiences and performers. He joked with Jackson about taking an academic turn “from blues to zoos,” whereupon Jackson turned serious. “You have to do that,” he said.

Grazian felt a sudden click. “I’d spent my career studying sites of urban culture, entertainment, and tourism in cities,” he says now. “So the zoo just seemed like the next frontier in that research trajectory.”

For the next few years he volunteered at two urban zoos—he reveals them only in coded form, as “City Zoo” and “Metro Zoo”—and visited other facilities around the country. He talked to zookeepers and educators, worked with the animals, and eavesdropped on kids and their parents. (He made the latter less creepy by bringing along his young son.)

Along with straight description and observation, Grazian underscores the tensions and contradictions of zoos in his book. There’s the obvious one—“the captivity question,” as he calls it—but others, too: including the muted response most zoos have made to climate change, and a tendency to steer clear of discussions about evolution, which are conspicuous areas of silence for institutions ostensibly devoted to science and education.

He spoke with Gazette contributor Molly Petrilla C’06 about those questions and others raised in American Zoo.

Talk about the “stigma of zookeeping” you mention in the book.

It starts with the stigma around zoos in general for being places that keep animals in captivity. For the most part, that stigma comes from the fact that zoos are open to public surveillance and scrutiny in a way that other sites of animal captivity—such as slaughterhouses and poultry farms—are not.

But you say it also extends to the keepers themselves. One zookeeper tells you about hearing a parent say, ‘See, honey? This is why you get a college degree,’ while she’s out cleaning the elephant yard—but she in fact spent a lot of money on her education.

The public role that zookeepers play tends to be one of janitor for the animal kingdom. Because visitors see zookeepers scrubbing down cages and shoveling giraffe poop, it’s easy for them to forget the expertise that zookeepers have—and their training and ability to keep animals safe.

One of the big things people worry about with zoos is what you call “the captivity question.” What did you discover about that?

As a society, we kill 10 billion animals in captivity a year. All the animals that live in accredited American zoos probably total less than 800,000. Far more dogs are killed every year in animal shelters—more than a million. So to me, the ethical embattlement surrounding zoos seems out of proportion with the realities. People think of zoos as prisons for animals. I think of them as hospitals. They’re places where animals are born, where they’re cared for, and where they ultimately die with dignity.

What else did you uncover about why zoos make some people uncomfortable?

Partly it’s that visitors lack the expertise required to judge the safety and well-being of animals in zoos. For instance, people will complain on an 80-degree day that a gorilla or an orangutan must be hot and uncomfortable outdoors. In fact, both gorillas and orangutans live in climates close to the Equator. Visitors have a lot of misconceptions about the lives of animals. It’s not only that they anthropomorphize, it’s that they project onto animals their own physical discomfort, and their own instincts and sensibilities.

I know you have some of your own zoo criticisms too, though. In the book you point to the environmental crisis as one area where zoos are falling short.

Zoos potentially have a very large role to play in inspiring the public to do something about the current environmental crisis, but all too often they fail to meet that challenge. They’re ultimately designed as places of entertainment, which means they have to create pleasant, amusing environments for mass audiences who don’t want to experience guilt when they go to the zoo. They also have to be sure not to challenge their corporate donors too much.

Zoos go out of their way to evade controversy at every turn—and this was not something I only saw in the Bible Belt. They fear that religious groups might boycott them, or that they’ll attract fewer audience members and annual subscribers that help to fund them and keep them afloat.

I would say that, in this sense, zoos are cowardly. There’s no other way to describe it. Evolution and climate change are not contested theories in the scientific community. For zoos—which claim to be scientific institutions—to shy away from this is nothing but cowardice and self-interest.

Were you surprised that their response is so muted?

I’m not sure the silence surrounding global warming and climate change was surprising to me. I’ve come to expect that from American society more generally. I was very surprised to learn about zoos’ policies around the country concerning the teaching of evolution. That shocked me.

Given everything you observed over those four years of research, what are your suggestions for re-imagining contemporary zoos?

I certainly think that zoos could have fewer animals in them—and smaller species. Then they could give those species more space to live and emphasize their educational programming among a smaller, but more smartly curated, collection of species. I also think zoos would gain a lot of goodwill by retiring some of their most intelligent mammals, including elephants and apes, and in aquariums, dolphins and whales.

And they can do a better job at leading when it comes to human-induced climate change—even at the cost of potentially challenging some of their guests.

Where would the retired species go?

The zoos could own sanctuaries in rural areas, where land is exponentially more affordable and space is available.

In general, what do you hope people take from your book?

My goal as a sociologist is to shed light on everyday places that we ordinarily take for granted. I think the book has important things to say about social life and our relationship to the natural world. I think it has something to say to the people who work in and run zoos. My hope is that the book creates discussion among members of the public at large who clearly experience the zoo as both a beloved institution, and yet find themselves discomforted by the ethical tensions that zoos evoke. 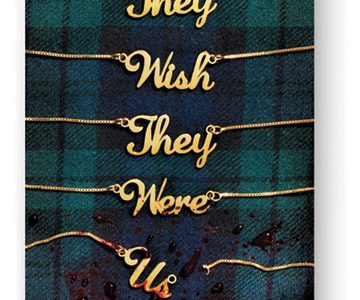 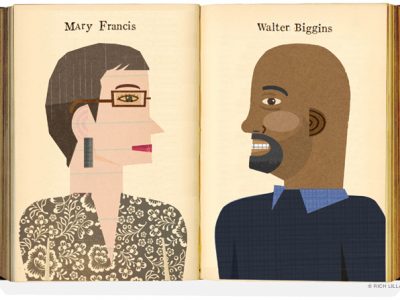