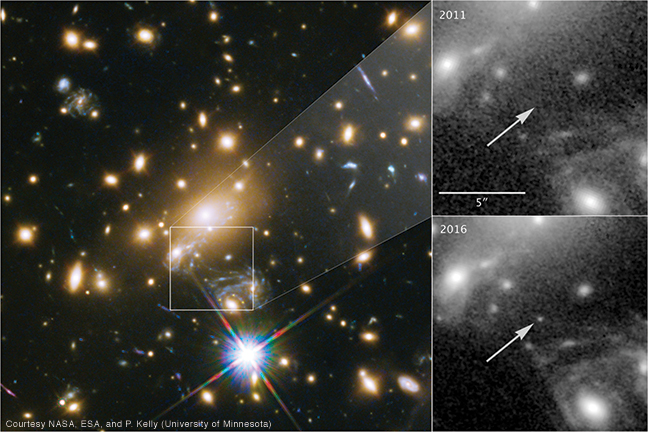 In April 2016, while inspecting a famous supernova with the Hubble Space Telescope, Jose Maria Diego and Jesús Vega noticed a tiny dot of light that grew brighter over the course of several weeks. The researchers, both visiting scholars in the Department of Physics and Astronomy, had been taking advantage of a distant galaxy cluster to magnify the supernova via gravitational lensing. As they zeroed in on the unexpected dot, they concluded that it was a star that had sprung into detectable appearance due to a second, smaller gravitational lens, which had drifted into alignment with the first to dramatically amplify the overall magnification power.

“It was pure luck,” said Diego, “that not only did the star align with these two lenses, but the star was already extremely bright, and we were using the Hubble Space Telescope, which is one of the few telescopes powerful enough to have seen it.”

The source of the second lens remains a mystery. But observations revealed that the star it magnified, a blue supergiant, is 100 times farther away than any other individual star ever seen by mankind. The light Diego and Vega noticed had been emitted 9 billion years ago. The universe is thought to be 13.8 billion years old. 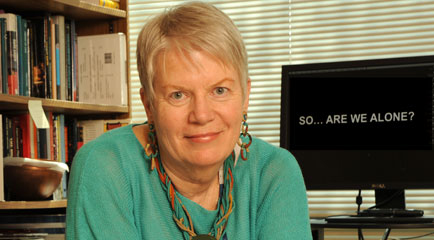