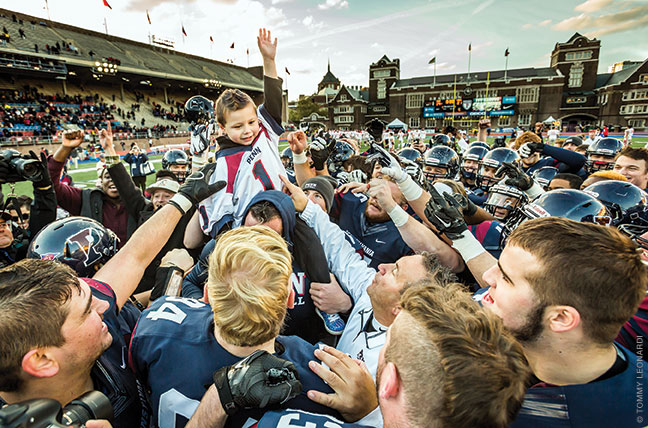 Football players and Coach Ray Priore raise up four-year-old team captain Vhito DeCapria after beating Cornell 34-21 to secure a share of the Ivy League title [“Sports,” this issue]. Last April, Priore recruited Vhito—who was undergoing intensive treatment for a rare and aggressive form of pediatric cancer—as the first captain of his head-coaching era, after learning about him through the Friends of Jaclyn Foundation, which connects young cancer patients with high school and college sports teams. According to his Penn Football roster page, Vhito “persevered through a survival rate of just 17 percent and was declared cancer free by his doctors at the Children’s Hospital of Philadelphia on Aug. 21, 2015.”