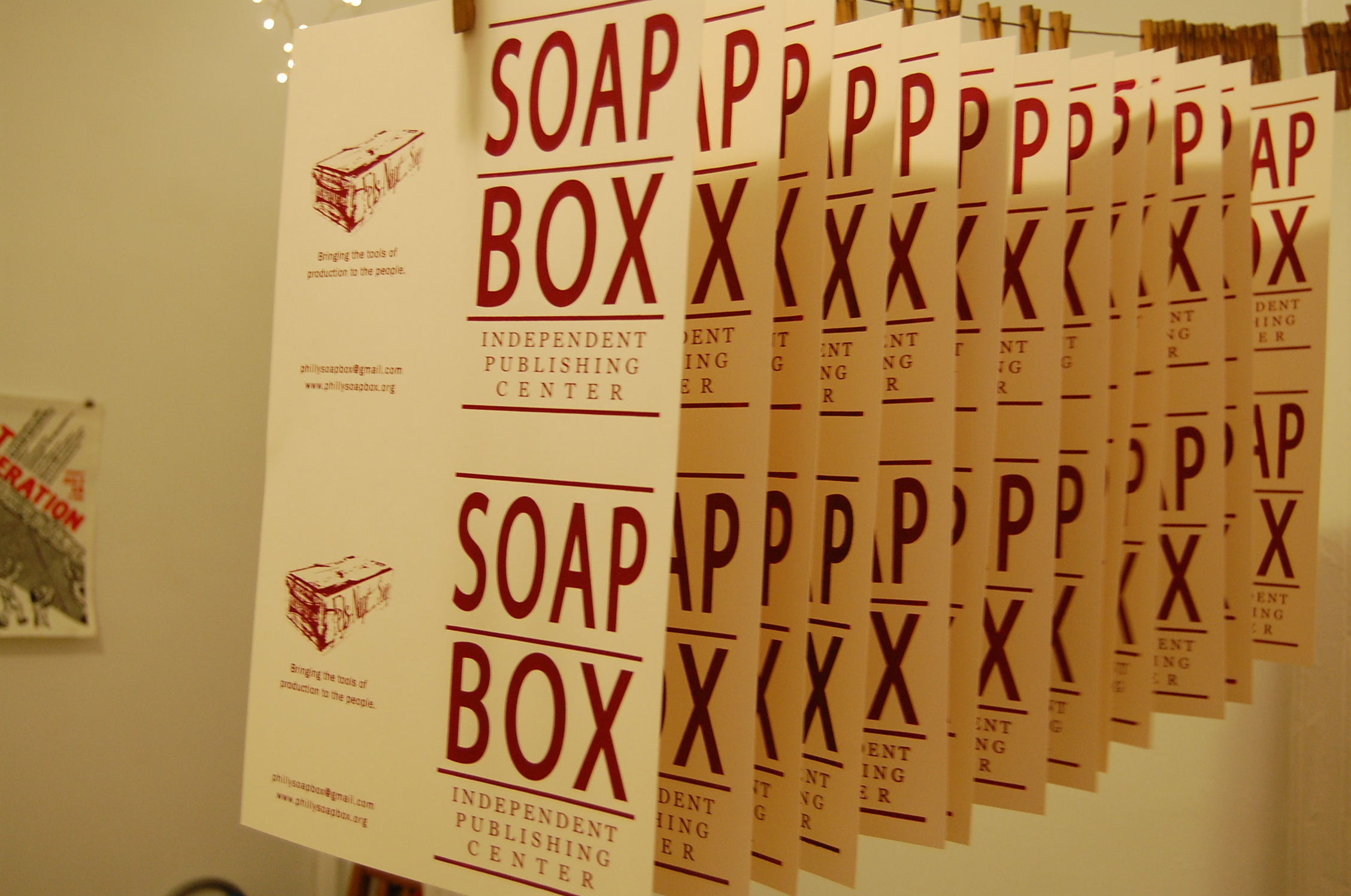 Katie Haegele C’98 has been making paper works at The Soapbox—a community print shop and zine library in West Philly—since its earliest days, so it’s not surprising to hear how thrilled she is about its spacious new home.

From the time Charlene Kwon LPS’11 and Mary Tasillo launched The Soapbox in March 2011, it’s lived in a small rowhouse near 51st and Baltimore. Now the nonprofit is moving into a 4,500-square-foot community studio—the basement of a renovated Furness & Evans Company church building at 47th and Kingsessing—that will allow it to keep growing and serving print-lovers.

“As digital becomes our default medium, I think people are feeling a longing for something more tangible,” says Haegele, who is now a board member for The Soapbox. “When it was a given that anything you read was on paper, you took it for granted. Now you might find that people treat those printed things as objects to treasure.” 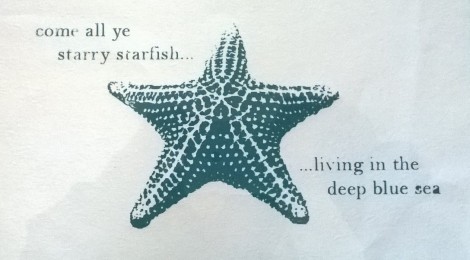 That’s certainly the idea at The Soapbox, which houses 2,000 zines—small-circulation, self-published works in print—and a buffet of printing and book-making equipment for paper-hungry creators. There are letterpresses with various blocks, cuts, and wood and lead type. There’s also screenprinting equipment, a digital printing area, and a book press with assorted binding tools. 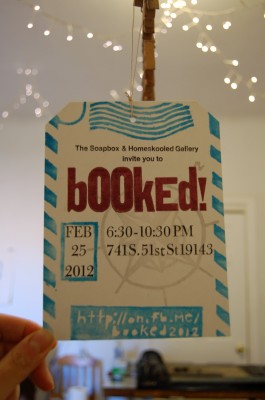 Haegele came to The Soapbox after taking a class in letterpress printing at the University of the Arts several years ago. “Once the class was over, I didn’t have access to the machines anymore,” she says. “In that sense, there’s really no in-between” if you’re not a student or a professional artist. When Tasillo told her about The Soapbox, “I signed right up.”

“It’s been fun to try my hand at some of these things that I’m not trained in,” she adds. “Anybody can learn to use this equipment.” 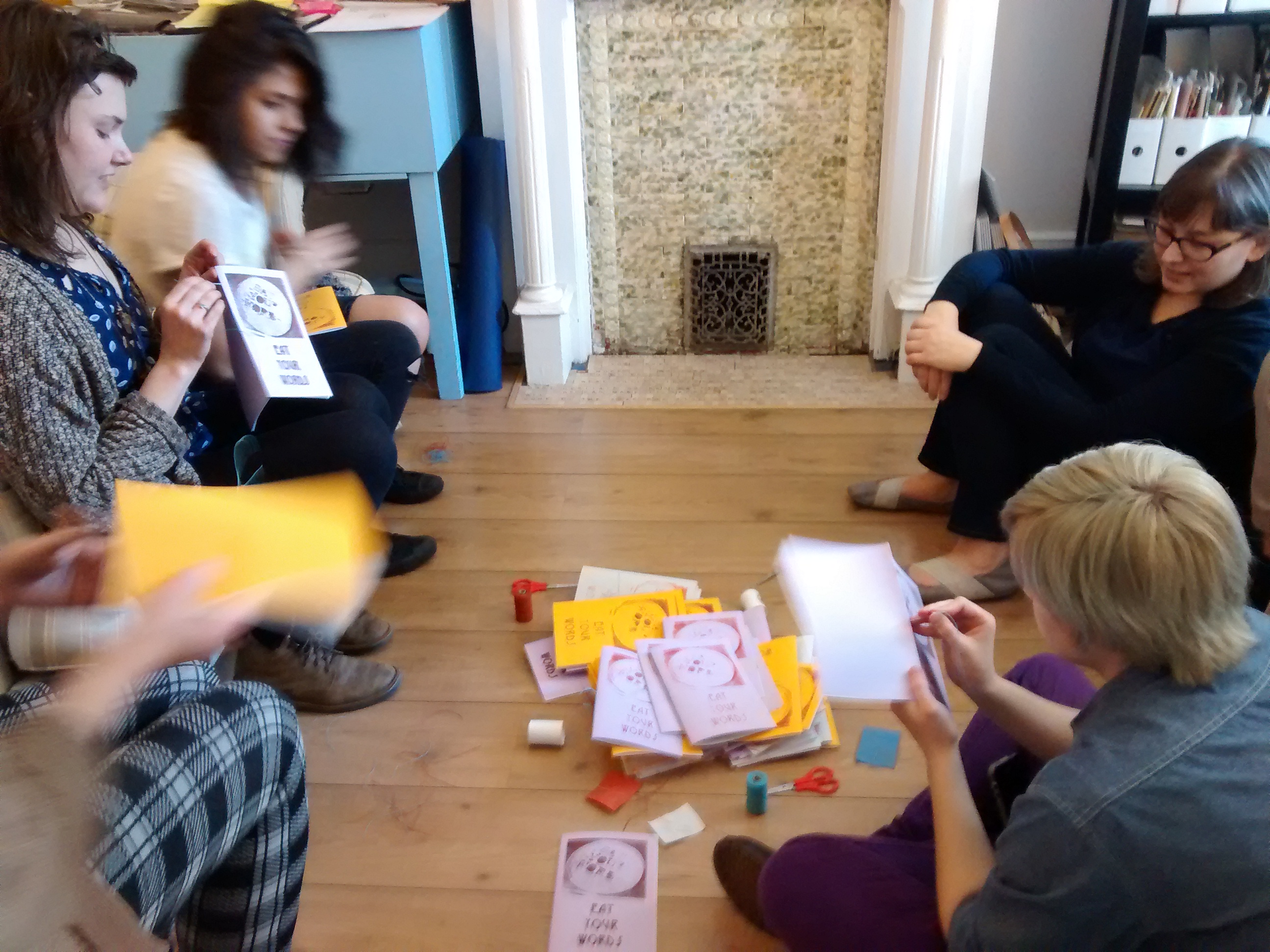 The new space will allow for larger workshops and more open studio time, and Haegele says members will eventually have 24/7 access to the equipment, which will also be expanding. The Soapboxers are upping their community outreach, too. With a recent arts grant—their first—they’ll work with a Philly organization that helps rehabilitate former inmates through art.

The group is aiming to raise $15,000 by the end of this year for their move, and they’re almost halfway there as of today. They’re planning to reopen in the new space by early spring, 2016.

All images courtesy of The Soapbox.