Worldviews at the Fairs

A seminar-inspired exhibition examines objects and ideas of some early world’s fairs.

Last fall André Dombrowski, associate professor of art history, offered a curatorial seminar titled “First Seen at the Fair.” The idea, he says, was to focus on technological innovations showcased at world’s fairs and expositions.

But the 12 graduate students and one undergraduate in the seminar broadened its reach to encompass globalization and cultural encounters at the fairs. Their input, he says, made the resulting exhibition at the Arthur Ross Gallery more challenging and diverse. The result— The World on View: Objects from Universal Expositions, 1851-1915 —displays about 100 artifacts, primarily from Philadelphia collections. It opened in April and runs through July 29.

“The show is really the students’ work,” says Dombrowski, who studies the origins of modernism in Europe and has written a book on Cézanne. “The goal of these seminars is to teach these students to be active curators.”

The opportunity was tailor-made for Serena Qiu G’16, a PhD candidate in art history whose dissertation topic is universal museums and world’s fairs in the 19th-century United States. For the exhibition catalog, she discussed Chinese and Japanese works influenced by Western tastes as well as European ceramics employing “Orientalist” motifs.

She also wrote about reproduction bronzes inspired by the 18th- and 19th-century excavations at the Roman cities of Pompeii and Herculaneum. One such set was commissioned by Philadelphia department store magnate John Wanamaker as a study resource for the Penn Museum and displayed at the 1904 Louisiana Purchase Exposition in St. Louis. Two objects—a small faun statue and a jug, both lent by the Penn Museum—are in the current exhibition.

“We’re hoping to show that world’s fairs were a place in which global politics were on view, and viewers could shop and make comparisons that might only have been visible to very small audiences before,” Qiu says. “I was personally surprised by how certain patterns or techniques can move these great distances and be found simultaneously on so many forms.”

The exhibition highlights the role of the fairs in spurring and exhibiting progress, as well as in enshrining the hierarchical, colonialist, and often racist views of their era. In his introductory catalog essay, Dombrowski suggests that the fairs “converted empire, tourism, and industrial production into an aesthetic seduction” and also served as “a material encyclopedia of all that industry, science, technology, culture, and art had to offer at any given time.” Their legacy remains ambiguous. They were “raw and direct appeals to the consumer in the name of business and empire,” he writes, “while also a humanist endeavor to explain and understand cultural differences.”

The expositions themselves evolved—from trade fairs in the mid-19th century to mass entertainments attracting huge audiences. They became both “massive-scale international comparisons in technological and industrial advancement” and “ethnographic studies, quite racist in many ways,” Dombrowski says.

The seminar students—aided by Heather Gibson Moqtaderi, assistant director and associate curator at the Arthur Ross Gallery—scoured local collections for objects that would encapsulate these ideas. They discussed their finds in class, collaborated on the exhibition narrative, and wrote thematic essays on particular artifacts.

The fairs represent “such a wild and vast terrain,” says Moqtaderi, who served as professional liaison with about 15 lenders, including private collectors and institutions. The students, she adds, “have done an amazing job of translating the experience into our single-room gallery space.”

One of their discoveries, Moqtaderi says, was a set of textiles made in Manchester, England, for the Senegalese market and displayed at the 1900 Paris Universal Exposition. They were among the artifacts dispersed to Philadelphia institutions after the 1994 shuttering of the Civic Center Museum, and have since been stored, unseen by the public, by the African American Museum of Philadelphia, Moqtaderi says.

“The World on View” aims to interpret its artifacts—which range from a miniature porcelain toilet and chamber pot celebrating the history of sanitation to a small oil painting of a Breton woman by Gauguin—in “a very multilayered way,” Dombrowski says. “We did want to read them aesthetically—what kind of styles do they bring together? We wanted to read them functionally—how are they put together, and what kind of purposes do they play? And, finally, what is their ideological content or message?”

On the positive side, he says, the fairs represent “the world coming together, becoming one, becoming more connected, becoming more quickly traveled.” They were cultural competitions, “warfare without weaponry.”

“The negative reading,” he says, involved the ways in which “the more racist ethnographic distinctions and taxonomies in the 19th century were on full display.” The “most reviled aspects” of the fairs, he says, were the “human displays,” in which Native Americans and people from other non-Western cultures were placed on exhibit. 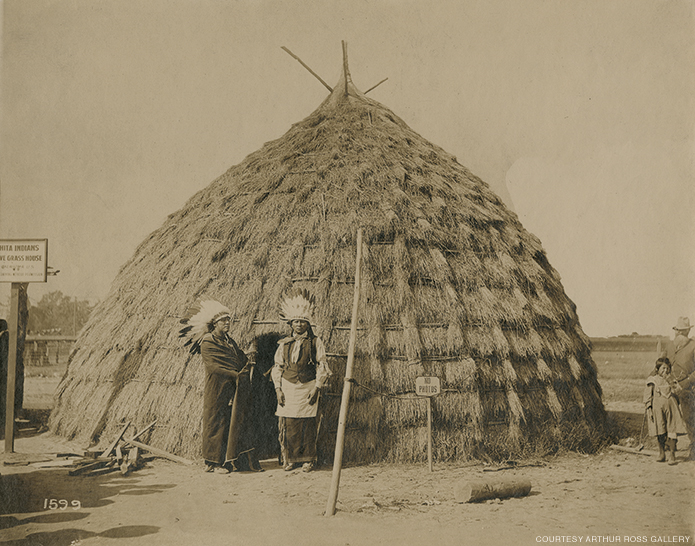 Ramey Mize, another art history doctoral student, studied this practice and wrote about the work of Jessie Tarbox Beals. One of the first female photojournalists in the United States, Beals was lionized for her 1904 St. Louis world’s fair images of the Igorot people of the Philippines, the Tzoneca of Argentina, and others. Her ethnographic catalog was purchased by the Penn Museum, which lent examples to the show.

In another essay, Mize discussed the basketry of the Chitimacha, also commissioned for St. Louis. She argued that these Native American craftspeople were “instilling in their designs what they knew to be commercially viable when they were meant to showcase their work as relics of the past.” 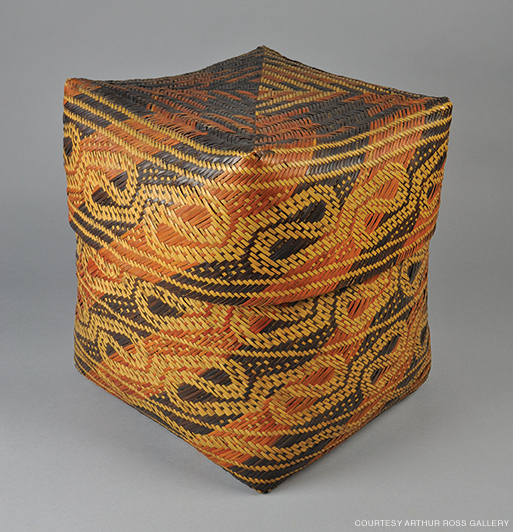 Mize says she sees the world’s fairs as integral to globalization, adding that the seminar illuminated the era’s “drive to encapsulate the world in this microcosm and to summarize it in exhibition form—and the way in which that drive was seen as progressive, but was also so damaging.”

In designing the Arthur Ross show, she says, the students wanted to avoid creating merely “a cabinet of curiosities.” But they also sought to avoid overly rigid categorization “because that plays into that hierarchical impulse that we’re trying to call out.” The process, she says, gave her “a newfound understanding of the gravity of this type of display.”