Women in the Wilderness 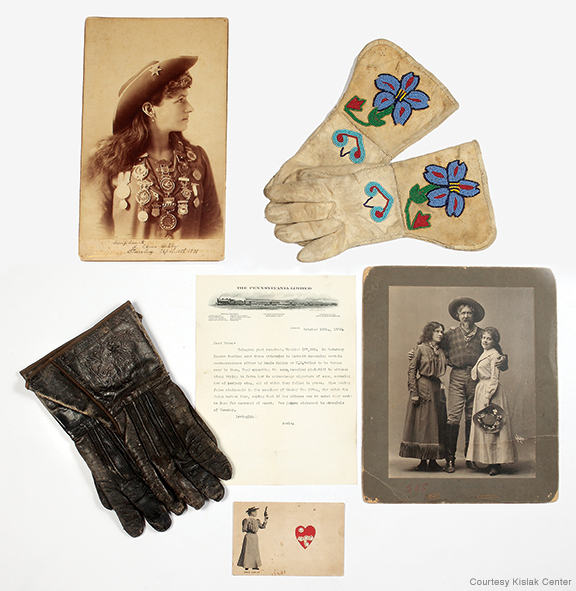 Annie Oakley gloves and other memorabilia.

An exhibition at Van Pelt-Dietrich Library shows just how many of them there were—and what they did.

Caroline Schimmel CW’67 hated being a Girl Scout and would still rather read inside her Manhattan apartment than paddle a canoe, but that hasn’t stopped her from assembling a massive collection of materials by and about women in the American wilderness.

She puts the total at around 24,000 items now, including books, photographs, manuscripts, and memorabilia. The sheer volume of objects she’s amassed, coupled with her affection for each of them, explains why it took her over a year to select the 145 pieces on view through November 11 in Van Pelt-Dietrich Library.

The exhibition and its catalog are titled OK, I’ll Do It Myself, and Schimmel says she wanted that phrase to be ambiguous, readable as a sigh or a shout. But it’s hard not to see a third interpretation: her own approach to starting her collection.

After graduating from Penn with a degree in American civilization, Schimmel worked for the Parke-Bernet Galleries auction house in its book department during the late 1960s. The company was processing a large Western Americana book collection, and she helped catalog it.

“I looked through those eight thousand items and there were maybe 20 women,” she says. “And I went, well, I guess that’s how many there were.”

But as she thought about it and began to look around, she realized that of course there were more women. Women who had documented their own experiences crossing the country by covered wagon, who had penned novels about Wyoming “ranch girls,” who had written travel guides and studied plants and fought bulls. Women whose wilderness experiences were equally important, whose imaginations were just as expansive, and who Schimmel wanted to know more about.

“Nobody else was doing it,” she says. (So: OK, I’ll do it myself.) “It was an unconsidered field of collecting and [the objects] were wildly undervalued because the men were the collectors and they didn’t care what the women had done. I was able to form a collection basically on a librarian’s salary.”

By the early 1970s, Schimmel had gotten serious about expanding her collection. So serious that she went to Columbia University’s library school to study rare books. She started a database for her collection and began chasing down items from dealers and finding them buried in the back of book barns.

Her focus was specific enough to build a collection around, but also broad enough to keep discovering new objects that fit the theme.

“That’s one of the joys of being the collector rather than working for a collection,” Schimmel says. “I don’t really have a definition [for ‘American wilderness.’] It’s whatever piques my interest. If something amuses me, then I will fit it into my collection.”

OK, I’ll Do It Myself has objects dating back to 1682 and up through 2015. The exhibition will include Annie Oakley’s travel trunk and gloves, Maria Sibylla Merian’s illustrated study of flora and fauna from 1705, and a newlywed’s letter to her fellow missionary, written in 1840 and detailing her first year in Oregon Territory. There are also Native American story collections; poems about growing up in Oklahoma; and the mittens and glasses that Minnesotan Ann Bancroft wore on an expedition in early 2001, when she and a fellow adventurer became the first women to cross the continent of Antarctica. 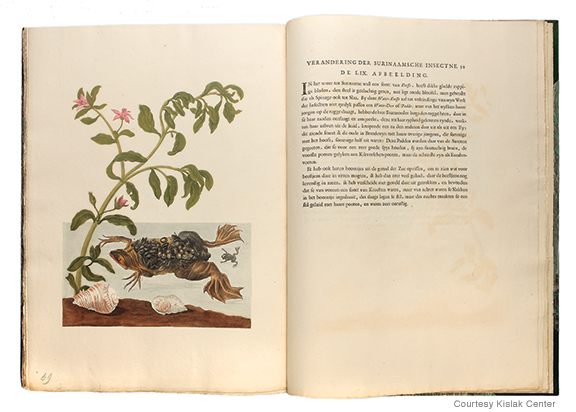 A page from Maria Sibylla Merian’s 1705 study of the flora and fauna of Surinam.

Will Noel, director of the Kislak Center for Special Collections, Rare Books and Manuscripts, says the exhibition shows how women helped shape the Americas into what they are now. “They did everything men did, normally without the recognition, and they wrote about it with drama, wit, and originality,” he says. “It’s just so refreshing seeing history through the lens that Caroline Schimmel has created.”

Along with the exhibition, the Kislak Center has also organized a two-day conference titled “Women’s Voices from American Frontiers” that was scheduled to begin September 6 in Van Pelt and will explore various people, themes, and ideas related to the exhibition.

“We have a fabulous panel of speakers, and I think it’s going to be such fun,” Schimmel says, while admitting to some jitters about leading a tour of her collection at Penn. She gave the University the fiction half of her holdings—more than 6,000 novels, short stories, poetry, and song sheets—in 2014. Lynne Farrington, senior curator of special collections, says faculty, students, and outside researchers have all been using them.

“It’s just incredibly impressive that somebody could bring all that material together,” Farrington says. “The canon is very narrow in some ways. Collectors break it open for people to find out more about what was actually happening.”

“A lot of other collectors collect in known fields—I call it ‘checklist collecting,’” adds Regan Kladstrup, the Kislak Center’s director of special collections processing. “Caroline is acquiring things that she doesn’t even know exist until she discovers them. That’s what makes her collection special. Every book that she finds is building the field.”

Even though she’s gathered nearly 24,000 objects already, Schimmel isn’t done. She’s still seeking out more relics pertaining to women in the American wilderness and says she adds a few hundred items to her collection every month—anything from a $1 book she discovers at a thrift shop to a $5,000 antique she buys at auction. “I don’t have any kids. I take the Bolt Bus. I don’t eat out much because I’m a better cook than most people around here,” she says. “And I adore the hunt. It’s what gets me going every day.”

Farrington remembers that during a recent visit to Penn, Schimmel was closely following an auction, searching for new pieces of history. “All great collectors become their collections in some fundamental way,” Farrington says. “It’s not everything they are, but it’s a big piece of who they are.”

As for how this particular exhibition and collection reflect their creator, Kladstrup says it’s obvious in the women who are represented. “They’re intelligent, they’re intrepid, they’re curious,” she says. “I think those are all things that Caroline is, too—even though Caroline is never going to set foot in the wilderness.” 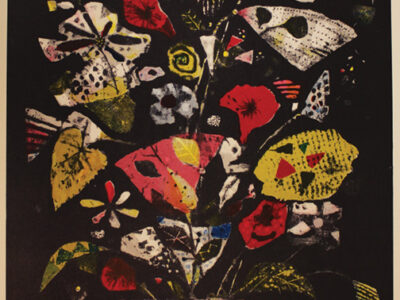