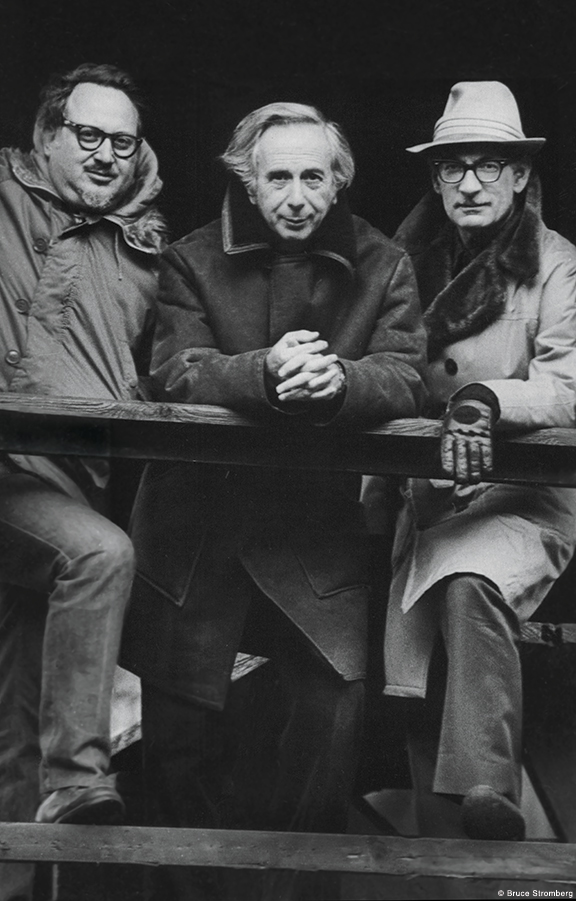 In late 1977, Gazette writer Patricia McLaughlin interviewed Richard Wernick (left), George Rochberg G’49, and George Crumb Hon’90, all distinguished music professors at Penn who had by then become major figures in the contemporary music scene [“Three Penn Composers,” December 1977 PDF]. Wernick had just taken home a Pulitzer that year for his chamber and vocal music. Crumb, known for his avant-garde style, had received a Pulitzer in 1968. Rochberg (featured this issue in Dennis Drabelle’s piece “The Philosophical Composer”) had already been awarded two Guggenheims and one Fulbright Fellowship when this photo was taken. Yet, this humble giant in music had asked, “What difference does it make who wrote what?” That’s not really the point, he insisted. The point is how the music grabs the listener.

“Is it important that when you hear a Beethoven symphony that you know that it’s Beethoven? Suppose that you’ve never heard Beethoven before, and you’re somewhere where there’s a radio, and you hear this glorious thing—and you never find out that it’s Beethoven. Does it change the fact that this is a glorious expression in music?” he asked. “Doesn’t change it one iota. We make too much of this business of name.” A rose by any other name would smell as sweet.

This photo of the three Penn composers was taken by photographer Bruce Stromberg on a crisp day in Delaware County, Pennsylvania—the kind of day when nothing is in bloom but sound carries for miles. —NP