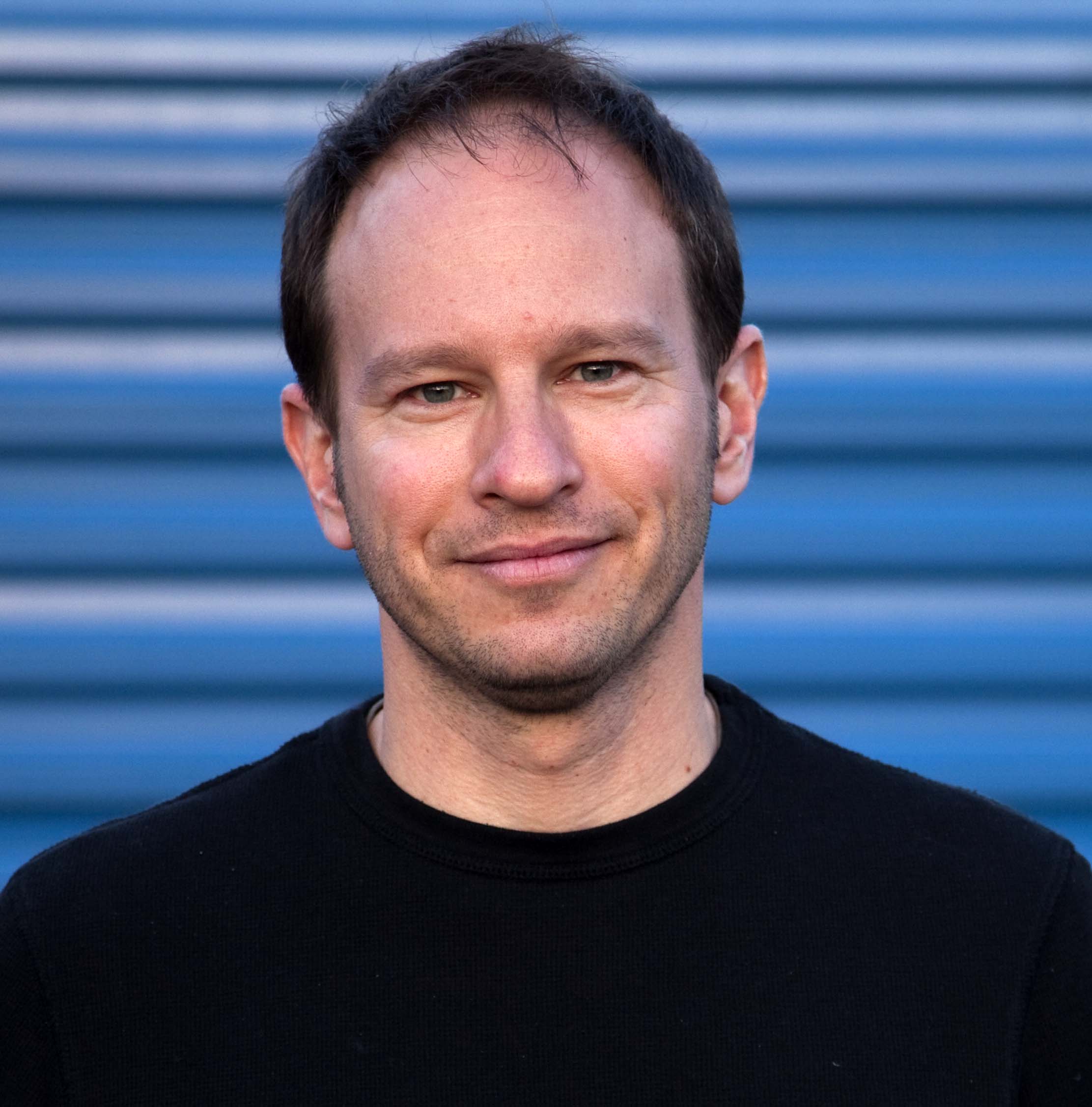 Sam Hoffman C’88 has been working in movies and TV ever since he graduated from Penn. Earlier this year, after 30 years in the business, he released his first feature film as a writer and director: Humor Me.

But we’ll get to that in a minute. First, the you-might-know-him-from part. You might know Hoffman’s work as an executive producer and occasional director on Madam Secretary, the CBS drama that draws about six million viewers a week and follows a fictional CIA analyst-turned-secretary of state.

Or you may have bumped into the “Old Jews Telling Jokes” movement he created. It started as a hit web series, then became a book, and eventually morphed into an off-Broadway play.

And if you’re a Wes Anderson fan, you’ve definitely seen Hoffman’s output. He worked on The Royal Tenenbaums, The Life Aquatic,  The Darjeeling Limited  and Moonrise Kingdom in assorted production roles.

Those projects join a hodgepodge of other credits—first assistant director on The Producers movie, School of Rock  and Donnie Brasco; second assistant director on Groundhog Day  and A League of Their Own; production assistant on Basic Instinct; even an acting credit as “Paramedic” in Tenenbaums—to form an expansive career.

On a break between filming Madam Secretary seasons, Hoffman talked with Gazette contributor Molly Petrilla C’06 about all of it: the new projects, the past ones, and why people love “Old Jews Telling Jokes.” 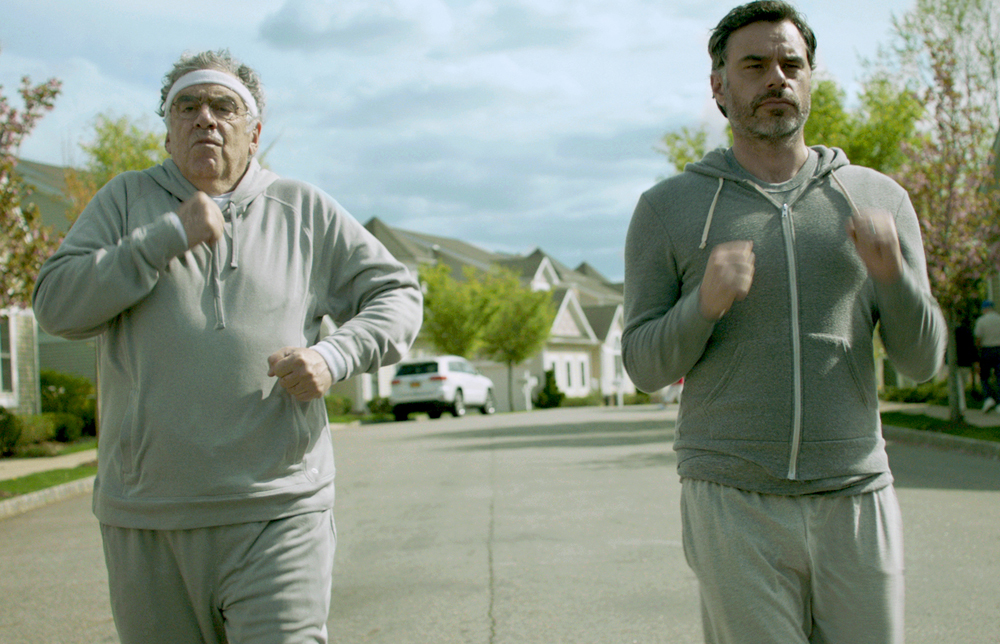 A still from Humor Me, Hoffman’s first feature film as a writer/director.

How did Humor Me  come about?

I did a web series called “Old Jews Telling Jokes” in 2009. That became a viral thing, and I got more inundated with these jokes than I had ever intended to be. It sort of took over my life. I became an accidental expert on these jokes and the people who tell them.

I got interested in this character of someone who tells jokes as a way of communicating but also not communicating—of telling a joke rather than actually facing reality and being emotionally available. I hadn’t seen that character in a movie before. That was the inspiration for the character that Elliott Gould ended up playing [in Humor Me].

It’s funny that you’ve already mentioned the “Old Jews” series because I wanted to ask you about that. I remember sitting next to someone on the New York subway who was clutching their program from the play. It’s such a memorable title. Where did the initial idea for it come from?

In 2009, it was a big thing to try to make internet content. Some friends of mine wanted to start making some internet content and asked if I had any ideas. I thought it would be kind of fun to do portraits of people telling jokes. The jokes themselves may be old and a little bit silly, but when you do a portrait of the person telling it, then it informs the joke and it becomes a lot more interesting.

I organized the first round of them with my dad. He cast all his cousins and friends and we shot it in my hometown of Highland Park, New Jersey, in an empty store.

How do you explain the series taking off the way it did? What do you think people connected to?

I think it took off because people weren’t used to seeing old people in the media that were not being played as the butt of the joke, but rather were the joke tellers. Very often in popular culture, old people are the joke themselves. My intention was never that. The portraits were of people who had lived. That connected with people.

For Jewish people, at least, I think there was also something very comforting about it. It felt very familiar to them. A lot of people told me that they had an uncle like that or it reminded them of a grandparent who had passed. There was something very nostalgic without being overly sentimental. And for the most part, they were really funny. The jokes were old, but there’s something in the telling. The same joke told by an 80-year-old is much funnier than told by a 40-year-old.

Why do you think that is?

I think you just have much more tolerance for an old joke from an old person.

Was it hard to grow the series and keep finding more joke-tellers?

It grew itself. It exploded once we put it online. So many people contacted me to be a part of it. We never had any challenge finding people again. We did one in New Jersey, two in New York, one in LA, and one in the motherlode, which is Boca Raton. I ended up writing a book about it for Random House, and then Peter Gethers and Dan Okrent made it into an off-Broadway play.

And where does “Old Jews” stand now?

I haven’t really had time to go out and make any more of them. It’s a labor of love. Part of what made it work was the title, but the title was also self-limiting in some ways, because it wasn’t something we could ever really get advertising support for. Quaker Oats was never going to say: ‘Quaker Oats Presents…Old Jews—’ It could never grow in that way. Although an Israeli museum called me recently to ask if they could include some of the videos in a piece about Jewish comedy, so I think it definitely found its place in that cultural legacy.

Getting back to your movie and TV career—where did this passion for that work come from? Was it something you were into from a young age?

I really fell in love with the idea of movies in the most random of ways when I was at Penn. I took a night class taught by Paul Buck. It was a Super 8 class—really tiny film stock, literally 8 millimeters across, that people used to use for home movies—and I shot a bunch of movies.

I had plans to go to law school and had even gotten in. But I was doing my film class at Penn, editing my movie on this little tiny editing machine that I had in my apartment, and I looked up at the clock and it was four in the morning. I had completely lost track of time doing my work for this class. I realized it was the very first time in all my years of school that I had lost track of time doing my homework. I thought to myself, this is crazy. I have to pursue this. I have to at least see where it goes.

Sounds like that was the end of law school.

I deferred my admission and came to New York to see if I could work on movies.

What happened once you got to New York?

I did two movies with them and then I got a job working in casting for a John Waters movie called Crybaby. It was fascinating. I found the character Hatchetface, which was not an easy thing to find—someone to play a person called Hatchetface. Then I just kept working.

The cast of Crybaby including Hatchetface, second from left.

Did you ever have second thoughts about passing up law school?

I never have. Whenever I have interactions with lawyers in the film business I always feel very happy that I’m not doing their job.

I’ve talked to a surprising number of people who almost  went to law school but now work in entertainment. What do you think the connection is there?

Maybe it’s just English majors looking for work. [Laughs] There’s probably some common ground in the idea of entertaining people and the idea of arguing cases. I think they’re both kind of verbal. In litigation, you’re trying to create a story and tell a story, and that’s what we do, for sure.

So you’ve been doing this for a while now. What have been some of the highlights for you out of all the different projects you’ve worked on?

I really enjoyed my movies with Wes Anderson. They hired me to be his assistant director on Royal Tenenbaums and we really hit it off, so we did a bunch of movies together. That was really great. He’s a brilliant guy—a very specific and particular talent. It’s always fun to work with people like that.

He’s inspiring to work with because his attention to detail and his tenacity are really extraordinary. Also he creates a fun environment. When we did Moonrise Kingdom, we had a big house in Newport where he and a lot of the actors stayed. After work, we’d go back and watch dailies in the screening room at his house. Then we’d have dinner together. A lot of the actors would be there—Fran McDormand and Bill Murray and Edward Norton. We’d talk about the next day’s work. It’s very collegial.

You’ve switched between directing and producing a lot over the years. Is there one you prefer, or would like to focus on in the years ahead?

I like directing. As I move forward, that’s hopefully what I’m going to be doing more of. For the fifth season of Madam Secretary, I’m going to direct two episodes. I’m also developing a TV series about the art world.