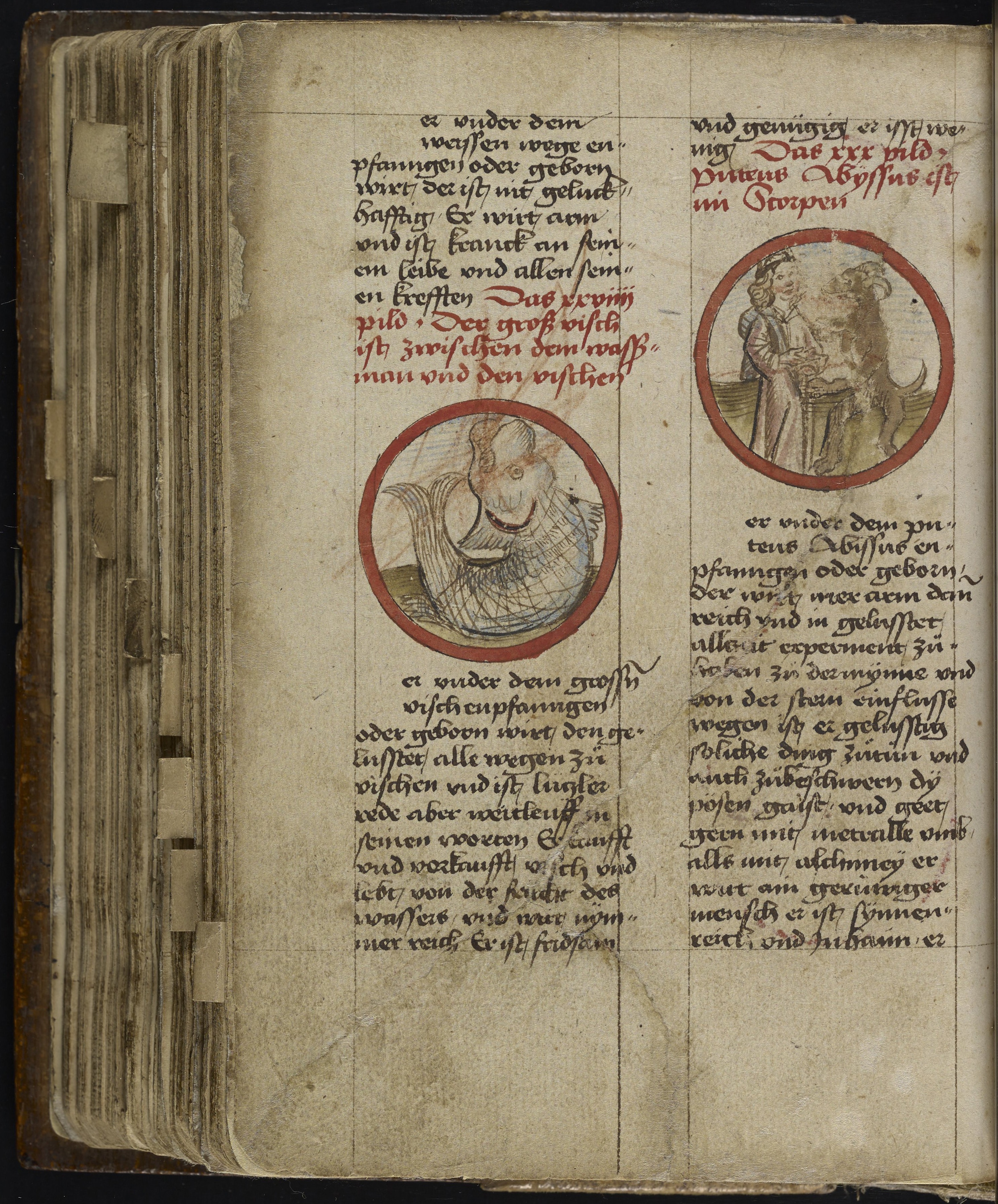 In 1883, 10 Penn faculty members were appointed to investigate “spiritualism”—a movement focused on living people communicating with spirits of the dead through a medium.

They were called the Seybert Commission for Investigating Modern Spiritualism, named after the man who endowed a chair of philosophy on the condition that such a group be formed. The committee included a Shakespeare scholar, a clergyman-slash-philosophy-professor, and a handful of doctors and scientists. Over several years, they investigated various spiritualist mediums—some of whom held slates with questions written on them and claimed that spirits wrote the answers, others who scribbled messages from the dead onto paper.

Examples of each, along with 24 other occult, magic or mystical objects, are currently on view in an exhibition at Van Pelt Library. “The Worlds Between: An Exploration of Magic, Folklore, and the Occult” incorporates items that span five centuries and multiple continents—proving how long humans have been interested in unseen forces and the many ways they’ve tried to harness them.

Lynda Brody, an exhibit assistant in Penn Libraries’ Kislak Center for Special Collections, Rare Books and Manuscripts, put the show together. She says that in our current information-obsessed culture, she wanted the exhibition to “shed some light on topics that are largely intuition-based—seeking to find knowledge in first-hand contact with the world we live in and attempting to solve mysteries that have piqued the curiosity of humans from the very beginning.”

Brody’s personal favorite among the items is a manuscript written in French between 1750 and 1799. It includes tables, drawings and diagrams of magical symbols and their properties. She says it’s the middle section that gets her: a simple chart of planetary associations, with each planet notated in its corresponding color. “There is something about the spacing, rhythm and composition of these pages that is pure elegance,” Brody adds. 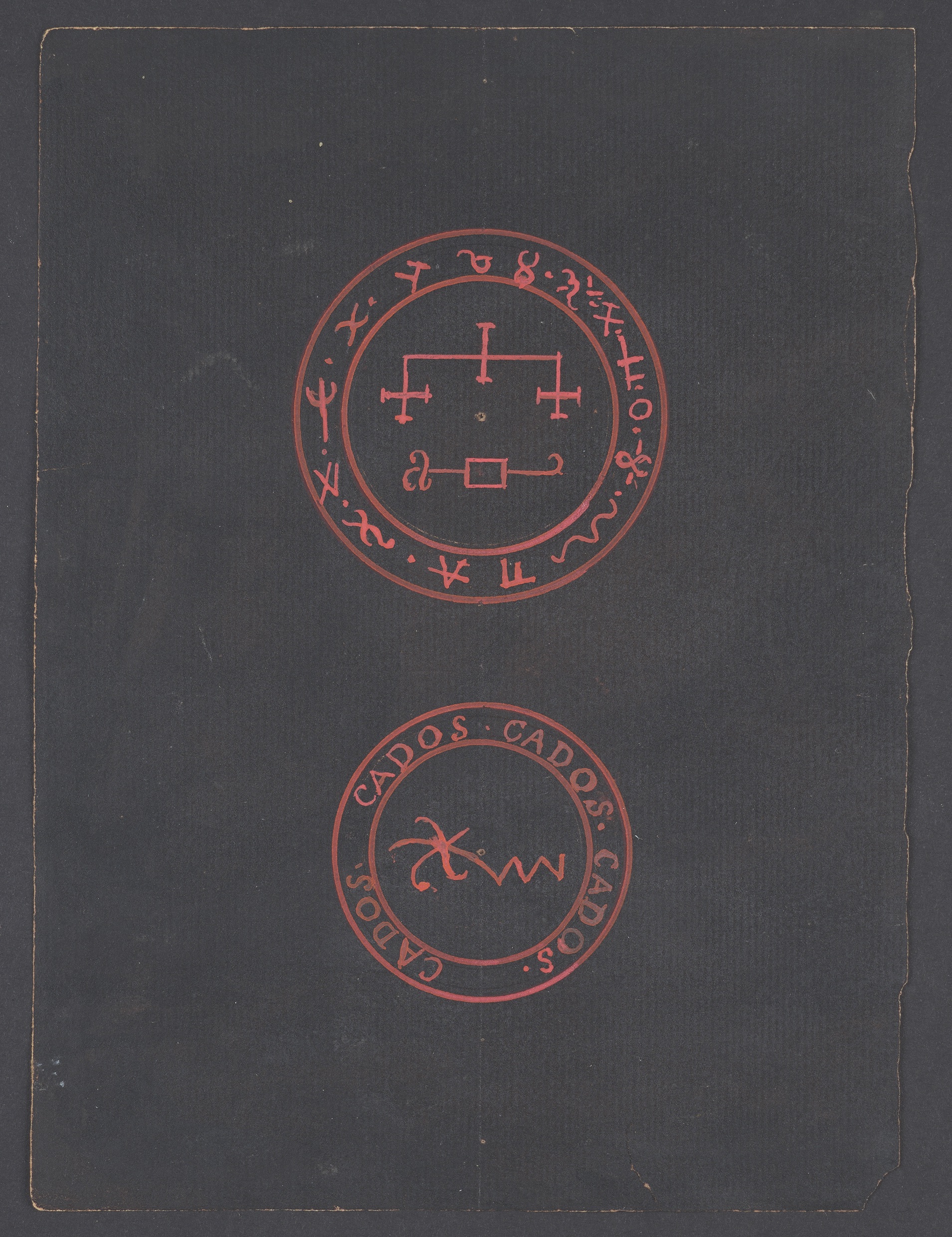 The show also includes a handbook of “lunar mansions and talismans.” (Lunar mansions are a subset of the zodiac based on the moon rather than the sun.) The book’s meticulous drawings show how to create talismans using proper astrological timing and the right fragrances, and then use them to cure backaches, coax fruit onto trees, or help spark love and romance.

Brody notes that one of the “most interesting” objects comes from a source unrelated to the magical arts: a postcard found inside a scrapbook from the Charles J. Fyffe collection. The scrapbook is filled with ordinary greeting cards sent to Fyffe for every occasion—New Year’s, Valentine’s Day, birthdays, Thanksgiving. But one small card shows a woman reaching for a slice of cake with a diamond ring embedded in it, under the words “May this be YOUR Luck on Halloween.” 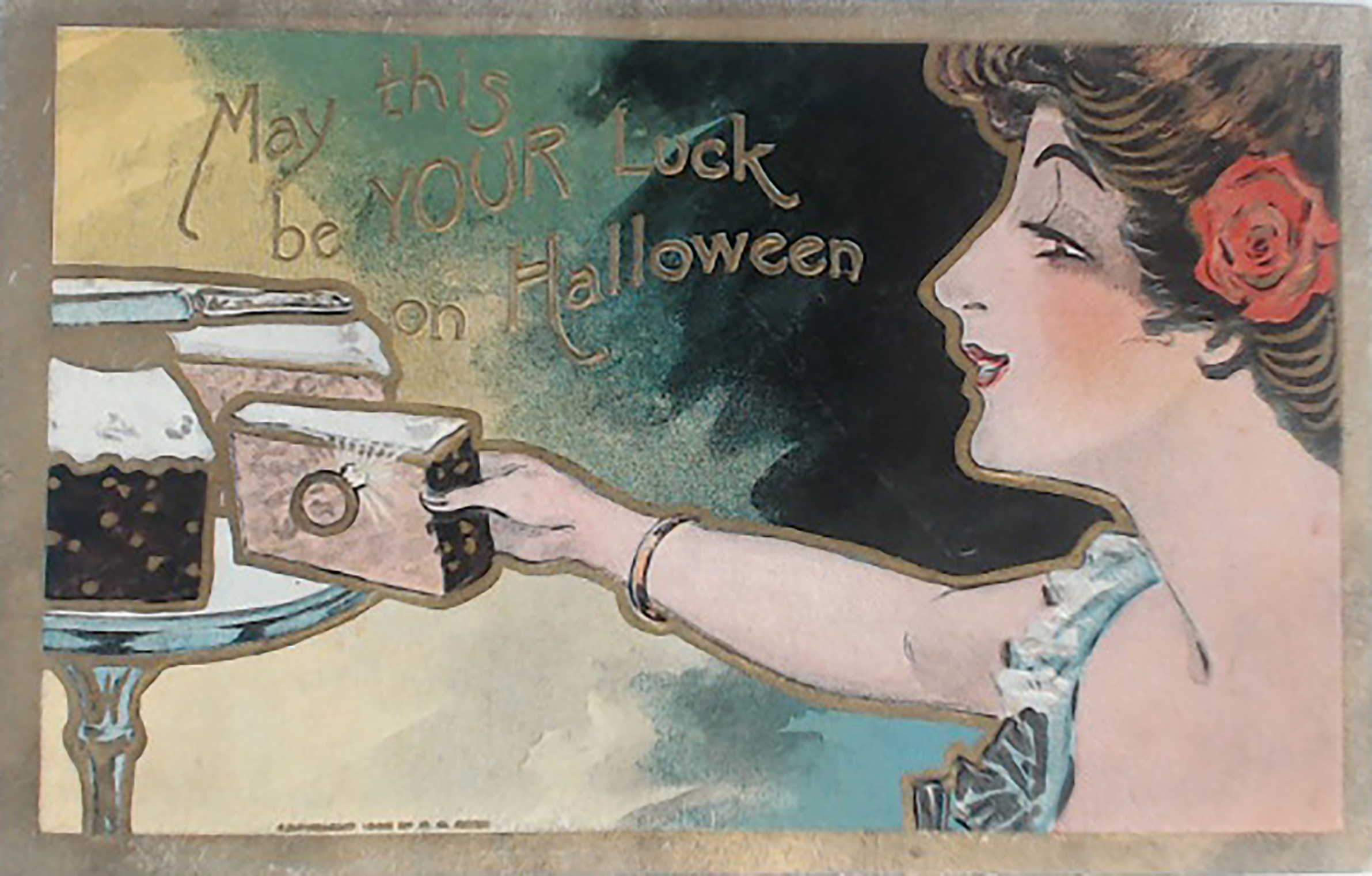 Brody dug deeper and discovered that the cake was actually a Scottish barmbrack bread. Scottish colonists brought their All Hallows’ Eve traditions with them to Ireland, where their customs merged with Celtic ones and the Halloween barmbrack arose. Brody says the bread acted as both dessert and fortune-telling ritual, baked with a penny, a thimble, a ring and a small piece of cloth hidden inside. Finding the ring in your slice meant marriage was on the way.

As for the Seybert Commission? In 1887, they all signed a report that detailed their encounters with mediums and how their “tricks” worked. It ended with this: “In conclusion, we beg to express our regret that thus far we have not been cheered in our investigations by the discovery of a single novel fact; but, undeterred by this discouragement, we trust with your permission to continue them with what thoroughness our future opportunities may allow, and with minds as sincerely and honestly open, as heretofore, to conviction.”

But they didn’t continue. Instead, the committee disbanded and no further report ever appeared. And here we are, more than 130 years later, watching mediums commune with the dead on a slew of popular TV shows—and still trying to make sense of the forces we can’t see.