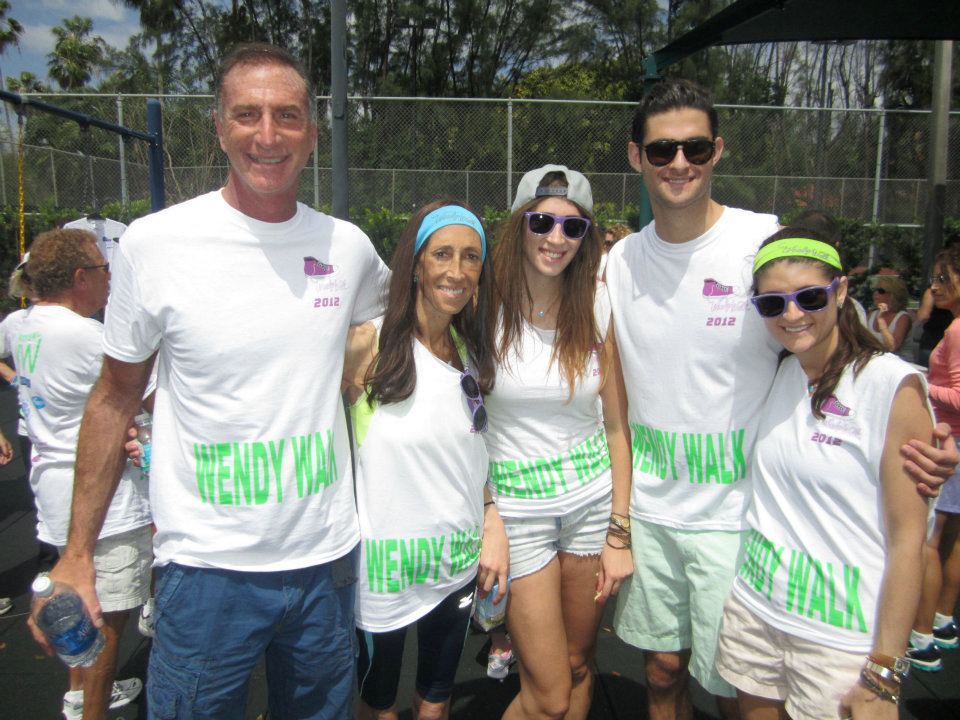 When Wendy Landes C’77 was diagnosed with Liposarcoma, a rare form of cancer, her three children – Ali,  Matt, and Jackie – weren’t sure how to cope. “We were hurting as children to see our mom so sick, and we wanted to empower her,” said Ali.

About 2,000 people participated in the walks last year, according to Ali, and about twice as many donated money to the cause. The organization has raised $1.3 million  so far.

This year’s walk will be different. Wendy passed away in March after a five-year battle against the cancer. But Wendy, who was a successful divorce lawyer, had such an influence, that 700 came to her memorial in LA and 400 attended her funeral in New York.

The Wendy Walk, which started out as a project for the family, “has become a real resource for people with cancer,” Ali said. But even for those who aren’t affected, the walk is motivational.  It’s about positivity, about “taking whatever life throws at you and making the most of it,” Ali said. That’s what her mom taught her.

Visit WendyWalk.com to participate or donate. The Wendy Walk in Miami is coming up this Sunday, April 14th.