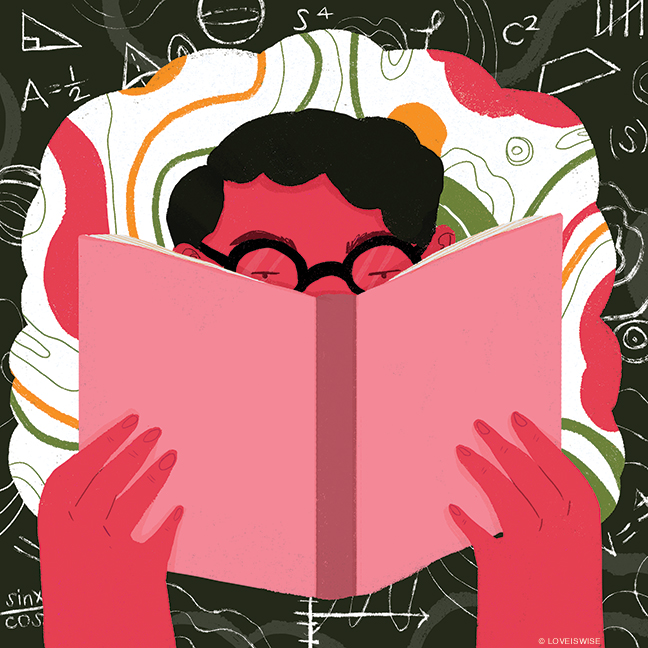 “I did not like the idea that all that mattered was what I could do in a classroom. So I stopped trying.”

When you’re a kid, you want to be good and do good. You want to please the people around you and fit in. Their values are yours; the things they say are so.

I grew up in Swarthmore, Pennsylvania, a town that exists because of the college it contains. My peers were the children of professors or doctors or lawyers—pick a career that requires an advanced degree. Adults reminded us that everything we did in school was vitally important for our future not only as students, but as people.

That all sounds super dramatic, I know, but when you’re a kid life is dramatic. Deciding to not go to college felt like deciding to become a heroin addict. It felt immoral.

My parents are Swarthmore graduates. My dad grew up in an overflowing family in Philadelphia, my mom in a lonely house in Louisiana an hour’s drive from the closest burger joint. They dreamed of the better life college would bring. They could escape the chaos of their families and learn a better way to be in the world. Swarthmore was where they met, fell in love, got married, had me. I slowed their progress. We lived off campus and I remember going to classes with them, watching them study and write papers. I marched with my dad when he graduated.

College was a part of me before my first breath.

But I never trusted it.

My parents were living examples of being classroom smart without understanding how to live in the world. They got pregnant and married at one of the most difficult colleges in the country. Five tumultuous years and two kids later, their marriage ended and they were two unhappy people fumbling through bad decisions.

As a child, what did I want to be when I grew up? I wanted to be kind. I wanted to have a stable life and to be decent. Everything else was secondary.

I saw no correlation between education and stability and kindness. If anything, education was a pressure that came from all sides. The necessity of school was a mantra that my peers internalized and repeated. I remember a friend crying on the floor from hunger and thirst because he was wearing a sweatsuit under his clothes in order to lose weight and make the wrestling team. He didn’t like wrestling, but he needed it for his transcripts.

I also didn’t understand what was so great about being smart. Everyone in my life fixated on identifying and celebrating intelligence. But I didn’t care about being smart. My parents were smart—and they were miserable. Smarts wouldn’t get me where I wanted to be, and anyone who insisted otherwise went on the do not trust list.

It became clear to me that I just didn’t like school. I didn’t like its suffocating presence in my life. It didn’t speak to my desire to be a kind and decent person. Instead, it prized competition. It made people tense and unhappy, and I didn’t like the threat that if I didn’t produce academically, my value as a person would be tarnished. When I was 10, I was told if I didn’t do well in school I would end up a garbage man “and no one wants to marry a garbage man.”

I did not like the idea that all that mattered was what I could do in a classroom.

So I stopped trying. Don’t misunderstand. I didn’t drink, or smoke, or take drugs, or mess around with girls. Nor did I disrupt class. I told my teachers they could fail me with a clear conscience; I simply wanted to sit and read, rather than participate. They didn’t have to worry about me and I wouldn’t worry about them.

It didn’t go over well.

I understood why my parents were concerned, and at times I really wanted to be the student they wanted me to be. But I couldn’t. Conversely, there were teachers and friends’ parents that considered me a bad influence—even as they turned a blind eye to classmates who were bullies, addicts, and date rapists (but who got good grades). That my disregard for grades was considered more dangerous than genuinely harmful behavior strengthened my resolve. To learn from someone, you have to believe he or she is worth learning from, and that became my litmus test. If you felt offended or threatened by a child who merely wanted to be left alone, then you didn’t have anything worth learning anyway.

There are people who teach because they like being able to impose order onto others. They don’t like to be challenged, even passively. I brought out the worst in people like that. Once, a friend’s mom ran into one of my teachers, who told her I was dangerous and that her kid should stay away from me.

I never stopped learning;I just stopped caring about grades. If I was interested in a class, I paid attention. If I wanted to read a book, I read it. If I wanted to write a paper, I wrote it. I studied what interested me. I didn’t trust people to decide what was and wasn’t important for me.

After graduation, I mostly lived at home and worked retail jobs. I spent much of my twenties thinking about the people in my life—my parents and sister and my friends. I didn’t consciously understand at the time, but what I needed was a stable and supportive family before I could focus on anything else.

What bothered me so much about college was the idea that I wouldn’t have value as a person if I didn’t go. I rejected that standard. Instead of bettering myself so people would care about me, I decided to be the best version of myself for people who already cared about me.

When we got engaged, I knew my fiancée would probably always make more money than I would. We were fine with that, but I didn’t want to be a drag on her either. I wanted to do my fair share. Getting a degree seemed like the most obvious way to accomplish that. Also, I thought classes would help smooth down my rougher edges as a writer and provide insight about getting published.

I started at the Community College of Philadelphia five months after I got married. I studied there for two years before transferring to Penn. It wasn’t easy. There are disciplines as a student that people pick up along the way that I never bothered to learn. I didn’t know how to take notes. I was terrible at outlining and studying and didn’t understand that it was okay to not get an A once in a while. I had no idea what was and was not significant in a classroom. I sat through my first class really having to go to the bathroom, not knowing that I could get up and go.

CCP was filled with excellent teachers who were sympathetic to my perspective. Many of them had left more prestigious institutions in order to work a little outside the system, with students who were tentative, or couldn’t afford to go anywhere else, or were returning after a long absence. They wanted to reach people who had slipped through the cracks. Many of them were willing to talk with me after class, answer whatever questions I had about the material and about the world of education in general.

It was a CCP professor who turned me on to Penn. He mentioned it one day before class and suggested I try Penn’s Liberal and Professional Studies program.

I was at Penn a lot longer than CCP, partly for financial reasons but also because I took two years off to raise my son. When I went back, I took a couple of classes at a time. It took seven years for me to complete my degree at Penn, and in that time I wrote a novel and managed to sell it.

School could never be a thing that I poured all my energy into. I couldn’t have lived on campus and taken a full load of classes and gone home for holidays. It could never have been a way of life. But by making it just a piece of my life, I could handle it. If it was a thing I did rather than a thing I was, I could succeed. And once I realized I could do it, it made sense to do it as well as possible. I basically did what my parents did. I got married, had a kid and went to a prestigious school all at the same time. We all tried to improve our circumstances in the same way.

My son just started kindergarten this year. I don’t know what I would do if he ends up doing what I did. I hope he doesn’t, but I guess we’ll see.

Chris Ludovici LPS’11 is the author of The Minors, a novel.