It is two nights before my dad’s 20th birthday. He’s with friends at the shore of the southern Chinese border. The rhythm of the tide is a familiar comfort that counts down to their escape.

They dash into the water at midnight. Guards on land and water hear their splashes in an instant. Their boats close in. A gun cocks in the darkness. Thinking fast, my dad and his friends abandon their meager luggage, leaving everything behind. 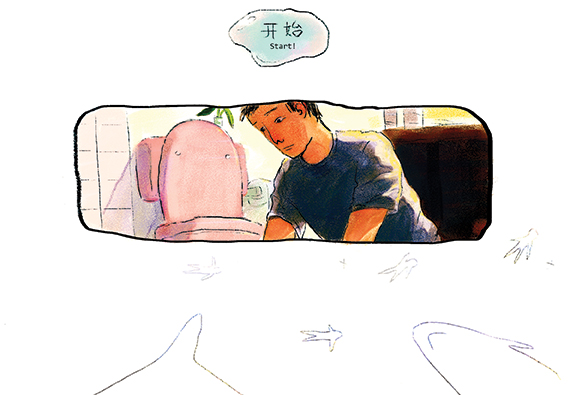 They swim side by side below the stars and above sharks they pray won’t be hungry. Any creature looking up from the depths would see a parade of moonlit bodies, desperately paddling to Hong Kong.

It has been many years since I’ve been to the beach with my dad. We haven’t had the time. Besides, I’ve become such an indoor-dwelling introvert at 21 that I burn almost immediately in the sun. It’s one of the many ways we differ. Brutal tans invigorate him. He lives for late night socializing; I talk to myself at home alone. He jokes with waiters in noisy restaurants while I doodle on napkins under the table.

But ever since he told me his story, I have occasionally found myself dreaming about shores and the in-between: at dawn, a group of young men crawling out of the sea with nothing but their swimming trunks, cursing their way through an unexpected oyster farm. 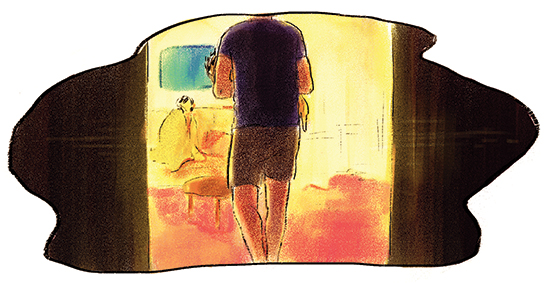 That morning 40 years ago, my dad slipped onto a bus bound for the closest city. He found work in a restaurant and stayed in Hong Kong for three years. On his 23rd birthday, he boarded a plane to Philadelphia and eventually became my dad.

I love him, but we rarely see eye-to-eye. He worries about my growing love for art. I can’t blame him. I never braved guns and sharks. My sketchbook is no match for the ocean. Still, I want to tell him his journey matters, even though I’m travelling elsewhere. I can claim our language barrier has made connecting a struggle. But in truth, I’m not sure any barrier really exists. There are no guards in our way. 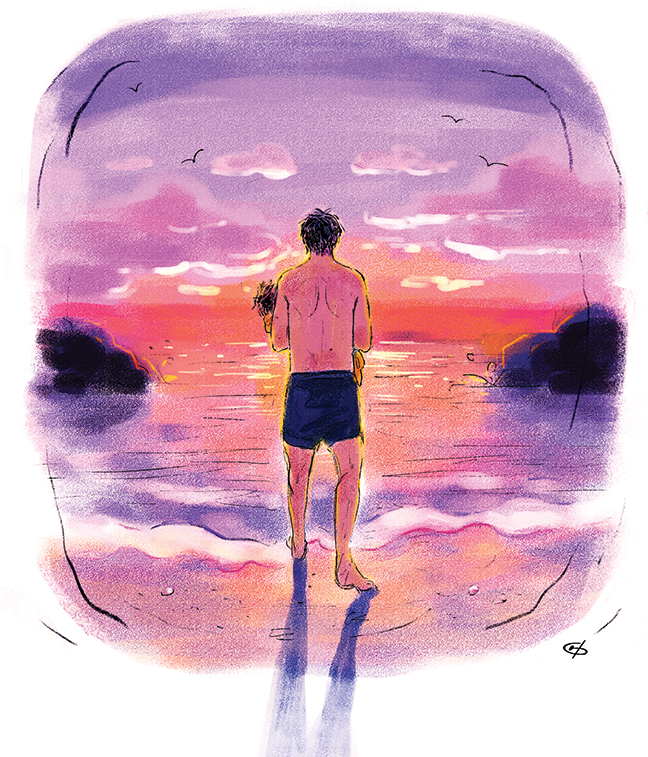 The next time we stand side by side on the same shore, I will tell him this: I know. I know you survived the Cultural Revolution, the midnight sea, the loneliness of hoping for a better future. I know you left behind a life in China. But most of all, I know that you did it to bring me mine.