How a stand-up comic turned into S(o)upergirl.

It was stand-up that helped lead Sara Polon C’99 to the soup business.

She had held several jobs coming out of Penn, from a stint at a dotcom-era startup to working as a waitress. But her favorite gig—supported by other work—came when she moved to New York in the early 2000s to try comedy. “It was amazing,” Polon says. “I had never seen so many people working out so many issues in front of a live audience.”

Yet comedy did not pay exceptionally well for her. So to make life a bit more bearable, Polon’s parents would drive to New York from their home in Washington, DC, to drop off coolers of her mom’s homemade soup.

Sara didn’t know it at the time but those comforting bowls would lead to another career change—launching a soup company with her mother, Marilyn. They called it Soupergirl, and today their soups are sold in nearly 200 supermarkets, two fast-casual locations, and through subscriptions delivered nationwide.

Sara, who studied history at Penn, hatched her plan to sell soup at the height of the global financial crisis. “The economy was on the precipice,” she says. “A lot of people were like, Really? You’re going to do this now?” But she still pulled her mom out of retirement to begin testing recipes and hosting tastings for her friends at her Washington apartment (where she returned after her stint in New York).

“I wanted to get involved in the food world, which, if you look back on it, was really silly, since I knew nothing about the food world. And I knew very little about business,” she says. “But I also knew that I had major problems with authority, and so I thought: I should just work for myself.”

Why soup? Marilyn, who had previously worked as a speech pathologist and then at the US Holocaust Museum, believes that cooking soup requires sensitivity—but not necessarily formal culinary training. “Soup is very forgiving. You don’t have to be a master chef to make soup,” says Marilyn, who’s called both “Soupermom” and the “Chief Anxiety Officer” on the company’s website. “You cook it, you simmer it, you add, you subtract. It’s not anything miraculous.”

And as the Polon pair found, they could make soup really well. Soon, the Soupergirl name emerged, which they paired with a logo of a caped woman holding a pot and ladle. “A lot of people thought [the name] was too cutesy. And I just had this vision,” Sara says. “There’s nothing like it, and it’s me.”

Once they felt confident enough in their recipes, the Polons rented a kitchen inside a Spanish restaurant where they could work while it was closed. Then they began delivering meals to customers in Sara’s Honda. “It was just the two of us, chopping and sautéing,” Marilyn says. “It was dark and dingy.”

By the end of 2008, they’d officially launched, first as a delivery service. “We didn’t know we were the original DoorDash,” says Sara, who also experimented with incorporating comedy into their soups, writing a story for each recipe. “Old World Minestrone,” for instance, told the tale of an imaginary, very cranky great-grandmother named Helga from “Soupshlitz,” Russia.

Soon, the Polons moved from the Spanish restaurant to a synagogue kitchen and started selling their soups at farmers’ markets and catering events. (Soupergirl soups are all kosher certified, a nod to the Polons’ Jewish identity.) By 2011, they were able to open their first retail location, a shop in the Takoma neighborhood of DC that offered lunch and dinner. Visitors could slurp up soups as varied as “Papa Al Pomodoro Soup” and “Sing a Song About Watermelon Gazpacho.”

By then, the company had added more employees and was hatching plans for a second location, which ultimately opened in 2014. And as Soupergirl worked its way into supermarkets, the Polons also introduced a “cleanse package” of soups.

Last year, the Polons found themselves with an unconventional business opportunity: a showcase on Shark Tank, the ABC show in which entrepreneurs pitch their products—and a stake in their companies—to some of the country’s most well-known investors. “I remember they said, ‘You are selling to America, not just to the Sharks,’” Marilyn recalls.

The sharks loved the soup but ultimately didn’t bite on the pitch: a $500,000 investment in exchange for a 10 percent stake. Sara argued that sales were on the rise, from $1.4 million in 2016 to $2.4 million in 2017, but some of the sharks were worried about the profit margin and believed that Soupergirl should take on a co-packer to package its products. “Perfection is the enemy of profitability,” billionaire investor and Dallas Mavericks owner Mark Cuban told the Polons.

Later, guest shark Matt Higgins had a change of heart. Higgins, who is the CEO of RSE Ventures—the investment firm behind &pizza and the Australian coffee chain Bluestone Lane—decided after the show to advise the mother-daughter pair as they further expand. “It’s been very validating,” Sara says. “Here’s someone, a highly successful business person, who said what happened on TV was wrong, this brand is going to explode, and I want to help.”

With more than 40 employees, Sara says the goal now is to boost brand awareness. “We are not reinventing the wheel,” she says. “We don’t need to spend our time explaining: What is soup? What we need to do is explain why this brand is the best possible food purchase you could make all week.”

Some people might not want to go into business with their parents, but Sara insists her mom has been integral to Soupergirl—despite the occasional disagreement. “At the end of the day, [my mom’s] opinion is the right one. And the earlier I embraced that, the easier our relationship was,” Sara says. “Nobody cracks the other one up like us. I can have her in stitches and vice versa.”

And Sara still hasn’t forgotten that it all started by getting other people to laugh. One day, she says, she might even return to the stand-up stage—but not yet. “It’s just been a little busy,” she says. 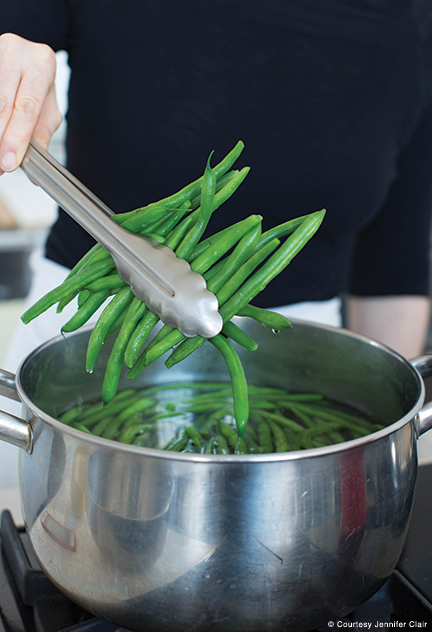