These multigenerational mental health advocates are shifting the discourse and shedding stigmas.

Malmon founded Active Minds—a nonprofit organization supporting mental health awareness and education for students—as a Penn junior in 2001, following the suicide of her older brother, Brian [“Alumni Profiles,” Mar|April 2009]. Lerman has since become its board of directors chair because of his daughter, Emily Lerman Taylor C’04, who discovered Active Minds during a harrowing time in her life, in which she once wrote, “the simplest things made no sense … [and] conversations became puzzles I couldn’t quite solve.”

While recovering from an acute debilitative depressive episode in 2008, Emily began volunteering at Active Minds’ Washington, DC, office near the Lerman family home in Potomac, Maryland. “If I hadn’t connected with Active Minds, and gained access to a world that embraced and understood mental illness,” Emily wrote, “I’m not sure how my story would have ended.”

When Emily was healthy enough to accept a job as an elementary school teacher in New York, she asked her father to consider assisting Active Minds with fundraising. At the first event he attended, Lerman was struck by Malmon’s calm, authoritative demeanor and her knowledge of the subject matter when she addressed a crowd of more than 600 people. “Her whole manner, her mastery of the mental health arena—I could tell right away she was an exceptional person,” he says. “I just said to myself, ‘This is somebody I could be proud to get behind.’”

Lerman joined the board’s executive committee in 2012 and has served as chairman since 2014. Since then, he’s helped the organization raise enough money to triple its budget, which has led to Active Minds growing from 350 chapters to having a presence at more than 1,000 high schools and colleges—with a big increase in programming. The powerful Send Silence Packing exhibits, with backpacks representing students who died by suicide, began in 2011 with 28 stops and was scheduled for 53 stops during the 2019–2020 school year, prior to the COVID-19 outbreak. They’ve also introduced new programs, including the Healthy Campus Award and Transform Your Campus Advocacy program, both of which celebrate schools that are exemplary in how they address student mental health and well-being. Since 2015, these programs have been implemented on 142 college campuses.

Programs like these “get the issue out in the open,” Lerman says, “and empower students to get the help they need and motivate colleges to provide that help in a comprehensive and effective manner.”

When it comes to growing the organization, Lerman—an attorney who serves on several other boards—largely stays out of Malmon’s way on day-to-day decisions. But the pair of Penn alums have a deep, mutual respect for each other—which stems from similar work ethics. “We’re both no-nonsense, point A to point B people,” Lerman says. “We don’t like to analyze things to death.

“We went to school 34 years apart,” he adds, “but it doesn’t feel that way. It feels like she’s a colleague on my level.”

Indeed, there is a significant age difference not only between the 73-year-old Lerman and Malmon, who recently turned 39, but between the entire board and executive staff. That’s by design.

“From the beginning my goal was to mobilize and empower young adults to be change agents in mental health,” Malmon says. “I saw a generational shift in how much my friends and Brian’s friends responded to these issues versus how my parents’ friends did.”

Malmon adds that Lerman is “opening up conversations” with his Baby Boomer peers. “In my parents’ generation, mental health was completely swept under the rug,” Lerman notes. “Therapy was almost nonexistent for us as kids. It was a taboo subject. What I notice being involved with Active Minds is that it’s brought about attitudinal changes. I have never been to a conference where at least one kid did not say to me, ‘If it wasn’t for Active Minds, I wouldn’t be here on this planet.’”

Lerman’s commitment to Active Minds, and to the cause of mental health advocacy, also illustrates the valuable role family members play in supporting loved ones who live with mental illness. “I have two kids who suffer from depression and anxiety,” he says. “And I don’t know what would have happened if they were in a situation where they didn’t have parental support. That gives me appreciation for the kids I meet along the way who may not have that support.”

Malmon likens the support that the Lerman family—not just Steve and Emily, but mom Charla and siblings Stephanie C’02, Jeremy C’07, and Zack—shows Active Minds to families who become involved in the LGBTQ movement after their child comes out.

“There are a number of young adults who are part of Active Minds but don’t, or can’t, tell their family because the stigma in their family is so pervasive,” Malmon says. “Our connection with Steve and his family’s incredible generosity towards Active Minds … is pretty unique and admirable.”

As the COVID-19 pandemic continues to wreak havoc on schools and routines, many young people have been forced to contend with mental health struggles in an environment where they might not have been open about it before. Malmon notes that several students have asked about how to have a mental health conversation with their parents for the first time.

“There are a lot of people who did not grow up learning about mental health or emotions or resilience,” she says. “To force a conversation on a generation that might not be as familiar is very difficult. But when someone in their life—a peer like Steve, a child, a grandchild—talks openly about their struggles and experiences, I see people opening up a little bit more. Maybe they don’t understand right away, but a change happens.” 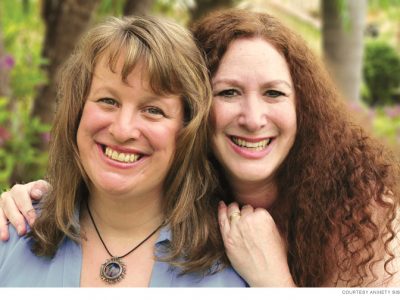 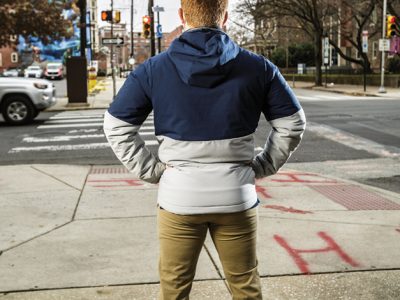 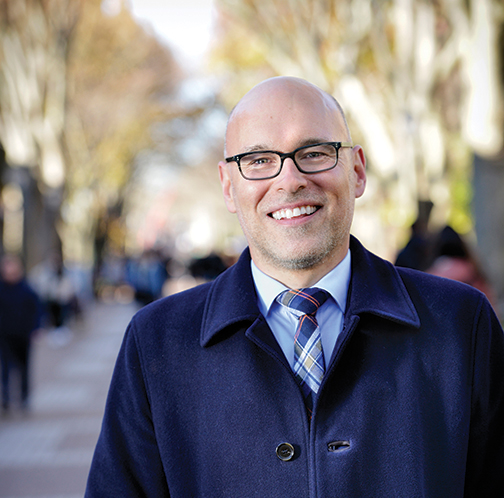