Elmer might become dangerously anemic after gobbling a stack of pennies off the top of a dresser. Lulu could suffer a complication from a rare clotting disorder. Ralphie might get hit by a car while crossing the street alone. To survive those traumas, they’ll need blood—and, just as for humans, that blood comes from selfless donors.

Penn Vet has been corralling those donors since the early ’90s, cruising a bloodmobile through Pennsylvania and New Jersey to collect pints of the red stuff for dogs, from dogs. The donated blood stocks Penn Vet’s Ryan Hospital for Companion Animals, which treats 13,000 emergency cases every year but hasn’t had to buy blood—a common practice among animal hospitals—in more than a decade. Those who run the bloodmobile say it’s the only one of its kind in the country.

Toesy, a Great Dane with white toes on each of her four feet, is one of the program’s 200 canine donors. She trots along when her owner, Paula Hackett, leads a drive in Harleysville, Pennsylvania, every eight weeks or so. Toesy is the ideal donor, Hackett says: happy, relaxed, comfortable around new people and new dogs. (Her brother Philly, on the other hand, gets anxious, so he stays home.)

When Toesy gives blood, she’s not sedated or held down. She calmly lies on the table, encouraged by Hackett and a veterinary technician. The whole process takes less than five minutes, and then she hops down, eats a high-calorie snack—the doggie equivalent of orange juice and doughnuts—and returns to sniffing the other donors and getting pats from their owners.

The pint of blood she leaves behind could save several other dogs’ lives.

Donna Oakley, the director of operations at Ryan Hospital, says she “never in a million years envisioned the program becoming what it has”—a self-sustaining blood bank that collects some 500 canine pints each year. Back in the mid-1980s, Oakley was simply looking for a better source of fresh, safe blood for her patients.

“More often than not, there’s a great parallel between human and veterinary medicine,” she says. “I looked at the way they acquired blood products on the human side of things, and I thought, Why can’t we have a program where dogs donate for other dogs?”

She spent a few years talking to “anyone who would listen” about the idea. Traveling to veterinarians’ offices, kennel clubs, and obedience classes throughout the region, she would outline the logistics of transfusion medicine and describe potential uses for donated blood, then invite owners to bring their pets to Ryan Hospital to participate.

“It wasn’t a novel idea in the sense that we were taking blood for a dog from another dog,” she says. “What was novel was that this was community-based and completely volunteer.”

One of the many nights she stayed at work past 11 p.m. to collect blood from donors, Oakley had another epiphany: It was hard for people to get to the hospital at a reasonable hour after work. Some couldn’t make it in at all. “I looked at the human side of things again,” she says, “and from that, the bloodmobile was born.”

At first Oakley would borrow her dad’s pickup truck, pack it with supplies, and motor around Pennsylvania to collect blood from willing dogs. An official bloodmobile—a renovated RV—arrived in 1991, and in 2002, the grateful owner of a retriever that was saved by a Penn Vet transfusion donated the custom-built emergency vehicle that’s in use today.

Beth Callan V’88, a veterinary internist who took over for Oakley as the blood bank’s medical director in 2010, says the vets and surgeons at Penn’s hospital “couldn’t live without a blood bank—it’s not a luxury, it’s a necessity.” She stresses the benefits of having the hospital collect its own blood directly. It means she knows how carefully the dogs have been screened for diseases, that the blood was drawn using the right techniques, that it was processed immediately and stored safely, that it was never shipped. “We know we’re using a very high-quality blood product,” she adds. (The Penn Vet Animal Blood Bank serves cats, too, but those donations are collected in-house and require sedation.)

The dog donors range from one to six years old and weigh at least 55 pounds. They’re healthy and good-natured boxers, labs, German shepherds, greyhounds, bull mastiffs, golden retrievers, Great Danes, and other large breeds. And the owners who bring them? “It’s a rare person who decides to do this,” Oakley says. “Of all the people who own pets in the world, about half take care of them the way they deserve to be taken care of. Within that half, there’s a pool of people who care not only about their own animal, but want to help animals across the board. Those are our donors.”

Site volunteers lead the local drives, usually out of kennel clubs, veterinary offices, or animal hospitals. Hackett’s been running hers out of a suburban shopping center since 2008. Her car and purse are always stocked with flyers, just in case she meets a potential donor-parent at the grocery store or the doctor’s office. She raids the local pet store before each drive and fills a basket with toys. When the dogs finish donating, they can each choose one to take home. “It’s really a happy, pleasant event,” Hackett says. “We always keep in mind that the dogs are the heroes.”

Granted, a dog can’t actually tell its owner that it wants to give blood. But “the dog makes the decision whether it will donate,” Oakley says. “There’s nothing forceful about this. When we lay the dog down, the owner is at its head. The trust between dog and owner has to be there. As long as the owner trusts us and the dog trusts the owner, we have a perfect three-way partnership. It’s beautiful.”

That said, there’s one other reason the dogs like it—and why some repeat donors actually dash up onto the table to assume the position.

“It’s not because they’re so excited to give blood,” says Kym Maryott, the blood bank manager. “It’s because they’re so excited that afterward they get a big bowl of food. They see our truck and they think it’s the food truck! and come flying in. Some of them have gotten so bad that we have to feed them before and after. As much as we like to say they’re doing this for a noble reason, they’re doing it for the food.” 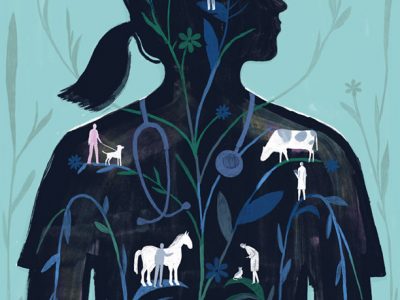 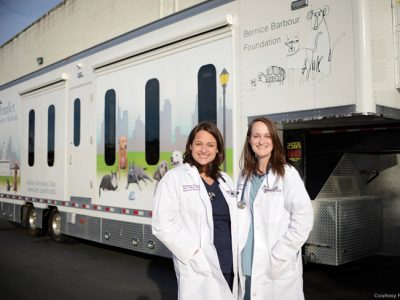 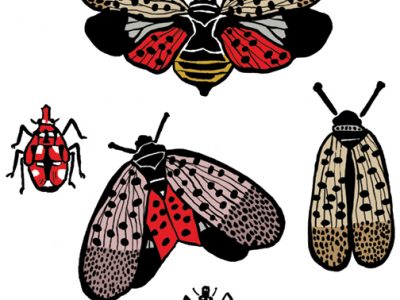