Safe at the College 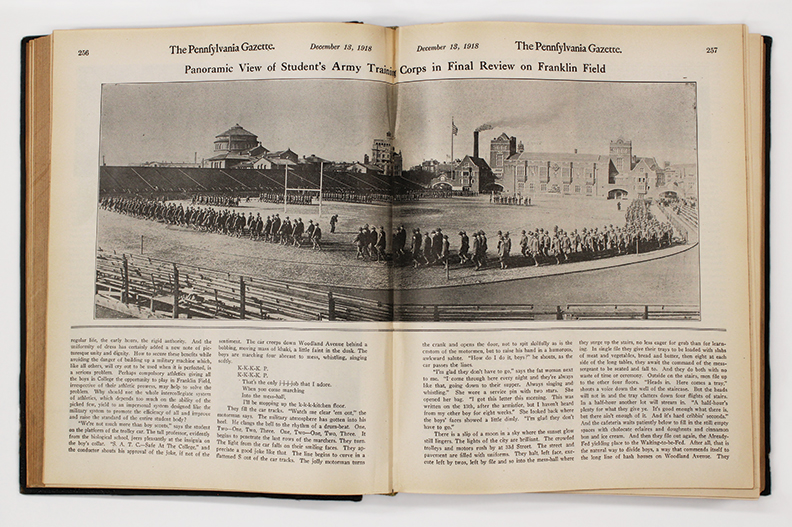 As the Great War intensified in Europe during the summer of 1918, the US government started making preparations to increase its draft of young men. And where better to find them than at a college?

A contract between Penn and the War Department established a Student Army Training Corps (SATC) on campus, and a majority of the student body was inducted on October 1, 1918. SATC students were housed in dormitories, participated in daily drills on Franklin Field, and took courses such as War Issues and Military Law.

But despite its robust eclipse of the University, the SATC was short-lived. On November 11, 1918—100 years ago this month—an armistice was signed with Germany that ended the First World War. The SATC was demobilized, and the University slowly transformed back into a civilian campus.

In this December 13, 1918, article by Beulah B. Amram for the Gazette, the students take their final review before disbanding. Listless, one SATC student joked, “We’re not much more than boy scouts [now that the war is over].” Amram notes the humorous insignia on the boy’s collar: “S.A.T.C.—Safe At The College.”

“Only the Freshmen may bewail the fact that the protecting arm of the S.A.T.C. is being withdrawn,” Amram writes. “Military authority has sternly frowned on distinctions ancient as the sun. But the eyes of the Sophs are gleaming under the service hats. Pennsylvania will soon again be a College world, a world no longer Safe for Freshmen.” 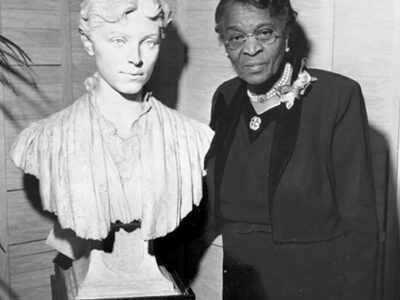