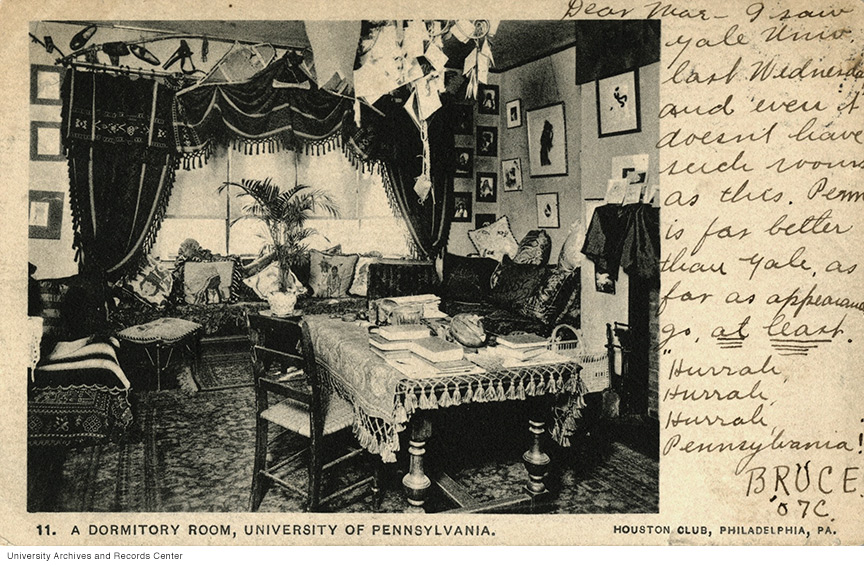 Before the Quad was built in 1894, Penn’s 2,500 students either lived at home, with relatives, or in nearby boarding houses. “The result is that the institution is an advanced kind of high school, where scholars go and recite their lessons, are marked, and then go home again,” an unnamed letter-writer theorized in The Nation (Dec. 10, 1885).

But as the geographical diversity of the student body increased, the need for a dormitory became apparent. When Provost Charles Custis Harrison took the helm in 1894, he immediately hired the architectural firm Cope & Stewardson, which had built the elegant and detailed dorms at Bryn Mawr College—and, notably, his Harrison Building at 10th and Market Streets (demolished in 1979).

Taking a cue from Oxford and Cambridge, Cope & Stewardson constructed the Quad in Collegiate Gothic style, complete with rainwater-spouting gargoyles. Students could choose from a single bedroom with private study, or a single bedroom with shared study; and each floor had its own shared bathroom. All of the buildings were heated by steam and had electric lighting, and many rooms had fireplaces and bay windows.

Writing in the July 1895 Harper’s New Monthly Magazine, Francis N. Thorpe surmised, “It is believed that the new dormitories, costing more than a million of dollars, will strengthen the University by providing for its thousands of students a healthful, congenial home during their university life.”

And it did. Fifteen of the Quad’s 39 houses were built within the first two years. By 1906, seven more had been added, and Old Penn (the Gazette’s predecessor) described the dorms as “the heart of University life and spirit.”

On this 125th anniversary of the Quad’s groundbreaking, we look back at a 1905 postcard of Lippincott House, from a Class of 1907 student named Bruce. He writes, “I saw Yale University last Wednesday, and even it doesn’t have such rooms as this. Penn is far better than Yale, as far as appearances go at least. Hurrah, hurrah, hurrah, Pennsylvania!” — NP 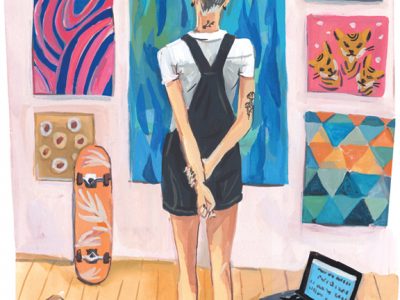 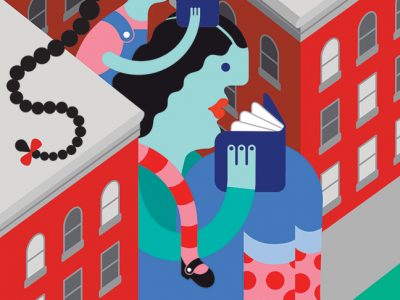 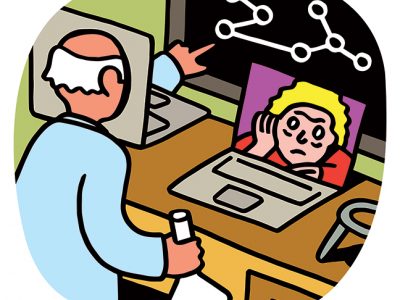