Politics and Poetry in Kashmir

Suvir Kaul’s latest book, Of Gardens and Graves (Three Essays Collective), is a record of a world’s explosion. The world was Kashmir. The record is an effort to figure outhow it fell apart, and why. Kaul, the A.M Rosenthal Professor of English at Penn, examines the wreckage via journalism, academic essays, photographs, and—perhaps surprisingly—a collection of vernacular poetry. This last choice may raise eyebrows. But Kaul makes a convincing argument that the story of Kashmir is, in part, the story of Kashmiri poetry.

Kaul was born in Srinagar, the capital of Kashmir, in 1955, and grew up largely in West Bengal, where his metallurgist father worked at a steel plant. Yet his family, part of Kashmir’s Hindu Pandit community, returned seasonally to escape Bengal’s long, hot summers. He remembers ahappily frenetic society. His grandparents’ household, where he stayed, was linguistically diverse—Kashmiri, Hindi, Bengali, and English were spoken around the home—mirroring the region at large, where many ethnic and religious groups lived side by side. These groupswere united, in part, by poetry.

Some of Kaul’s earliest memories of poetry come from Bombay movies of the 1960s and 1970s, a cinematic tradition that would evolve into what we now call Bollywood. His mother loved film music. Everyone did. “This was a time when radio was the only mass media,” Kaul says, describing a city where movie soundtracks poured from newspaper kiosks on every street corner. “It really blanketed just about every public space. It was a kind of shared vocabulary.”

It was also, like the lyrics of some American popular music during the same era, deeply poetic and socially conscious. “This was a moment when almost every one of the progressive poets in India, in Hindi and in Urdu, the poets and short story writers, wrote lyrics,” Kaul explains. “That’s how they made their living. They wrote for cinema. And all of us sang along with them.”

Kaul has blurry memories of Tennyson and Shakespeare from school textbooks (“a real mishmash of poets,” he says,cheerfully), but he was more deeply influenced by a volume of Whitman’s poetry his older brother brought back from the United States. In Whitman’s inclusive vision—the assured way he knit a jumbled nation together witha progressive flourish—Kaul saw a reflection of his own society. Growing up in Kashmir and Bengal, he didn’t feel a tension between the two identities. Even as an adult, he says, “I saw no contradiction between being Indian and being Kashmiri.”

All this changed in the winter of 1989, when Kashmir broke down.

Large numbers of young men began agitating for Kashmiri independence. The Indian government fought back. As Kaul describes in his book, the subsequent decade was “marked by constant fire-fights” between Kashmiri independence fighters and the government forces sent to quell them. The Kauls shuttered their summer home; a caretaker lived in the outhouse. When the family finally returned, in 2003, “The calendars in our house stood frozen at October 1999, which was the last month anyone had lived there.”

By this time, the national and state governments had declared victory over Kashmiri rebels. But Kaul found himself “deeply disturbed” by the violence that now soaked everyday life in the valley: “The level of militarization in Kashmir took my breath away.” He describes cities, towns, and valleys “blanketed” by military forces. Even on a linguistic level, the region was transformed; bureaucratic and paramilitary acronyms “had become the new idiom of the Kashmiri language.” Kashmiris were monitoredwith enhanced surveillance, new checkpoints, random searches, and sometimes subjected to beatings by callous officials.

Kaul considers it “a blessing” that three of his grandparents never lived to witness their homeland’s dissolution. “[T]hey had lived within a composite society,” he writes, “and would not have been able to comprehend the speed and the ugliness with which their world was ripped apart.”

The reported pieces in Of Gardens and Graves were Kaul’s first attempts to understand Kashmir’s implosion. His articles appeared in mainstream magazines that served a national audience—“a privilege,” Kaul points out, “denied most Kashmiris.” But to understand why the Kashmir of his childhood had vanished, Kaul began writing more systematic essays, destined for smaller academic audiences. This approach, too, had its limits. He wasn’t sure if he was speaking to the people who needed to hear him most, or if he was speaking in their register.

Kaul found himself asking how he could “represent more fully” the conflict’s effects on ordinary life in Kashmir. Kashmiris rarely spoke about the crisis in mainstream news accounts. But they were filming documentaries, taking photographs, and writing poetry. And so, working with research assistants, Kaul began collecting, translating, and writing about poems written during the conflict years. He juxtaposes these poems with his reported articles and academic essays. The resulting book forms what he calls “an archive of everyday political feelings.”

It was an uphill climb. Many of the poets that Kaul wanted to translate were difficult to reach, and several were entirely inaccessible—either hidden in some remote region of Kashmir, unresponsive, or dead. In this last case, Kaul would approach the poet’s remaining relatives. Several were deeply touched, he remembers, not only because their loved one’s work would live on in English, but because of Kaul’s religious background.

“Many of these poets are Muslim,” Kaul explains, “so the idea that a Hindu would be interested in Muslim poets was very heartwarming to them. A great many Muslims and Hindus mourn the loss of shared lives.”

But Kaul’s greatest challenges in writing Of Guns and Graves were linguistic. As a cultural crossroads, Kashmir’s poetic traditions are remarkably rich and varied. Over 5,000 years, Kashmiri poetry has been written in a variety of languages (Sanskrit, Urdu, Persian, Hindi, and English) and scripts (Sharada, Perso-Arabic, Devanagari, and the Roman alphabet).Kashmir’s writers also move nimbly across a wide range of styles—everything from the Sanskrit works of “The Mystic Poetess” Lal Děd to plays and poetry by Agha Hashar Kashmiri, known as the “Shakespeare of Urdu.” In the contemporary poems he collected, Kaul wanted to make the convergence of these traditions visible, bringing “the pungency of the everyday into conversation with age-old conventions.”

Certain aspects of Kashmiri poetry are unmistakably Kashmiri. They are usually written according to traditional forms, like the ghazal andnazm. Many Kashmiri poems feature the mot, a kind of insightful village idiot. Most Kashmiri poets work under a pen name, or takhallus. Yet the subject matter of these poems, and their tone, have immediate resonance for anyone who grew up in a conflict zone. “People who read these poems from Kashmir tell me how much they are reminded of poems written by Palestinian poets,” Kaul says.

When Kaul describes the difficulties of translation, he can sound like he’s describing the project as a whole: remaining faithful to the “multilayered complexity” of the original “without giving up on readability and musicality in the English version.”

Of Gardens and Graves is the story of a happy medium between Bollywood songs and medieval scholars, densely researched academic pieces and broader magazine articles. Its title alludes to a central tension in poetry. In violent times, beauty can seem useless. In the final chapter, Kaul quotes poetRanjit Hoskote: “Concertina wire is the most widespread form of vegetation in Kashmir today. It grows everywhere, including in the mind.”

Kaul concedes that “in difficult times, when you need them most, the buddhi—the mind and the imagination—work least well.” But he insists that poetry isn’t just an “ornament.” It’s a means of coming to grips with terrible events, forming communities, and making oneself heard. The poems collected here begin the long task of sewing the region together again. 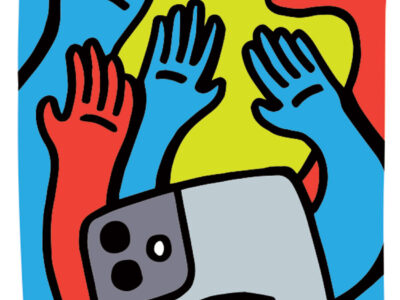