Hospital of the Future

A $1.6 billion project years in the making, the Pavilion offers a reimagined way to treat patients.

If the 300 drones that lit up the night sky this fall were anything to go by, the arrival of the Pavilion of the Hospital of the University of Pennsylvania was indeed a beacon worthy of celebration.

The largest capital project in University history and one of the largest hospitals in the United States, the Pavilion officially opened on October 30—three days after a playful swarm of drones fell into formation above Fairmount Park, first presenting the Penn shield, then suggesting the distinctive elliptical shape of the new building. And as more than 300 patients were wheeled to their new beds from the Hospital of the University of Pennsylvania (HUP), it marked a historic milestone—as well as a promise—for the campus, the city, and the next generation of healthcare delivery and patient care.

That promise, said Kevin B. Mahoney, CEO of the University of Pennsylvania Health System, during a walkthrough of the building on 34th Street and Civic Center Boulevard, is of a “new model for translational medicine through the integration of research and patient care in one facility.” To help the hospital achieve these goals, inpatient rooms and labs for three critical medical specialties—cardiology, neurology, and oncology—are clustered together on the same floors, allowing patients to receive specialized treatment more readily.

The $1.6 billion project “really pushed design innovation in the service of strengthening the bench-to-beds connection,” says Chris West C’86, a partner with the architectural firm Foster + Partners who helped design the facility.

Its subtle design cues pay homage to the adjacent Penn Museum (including its reddish exterior and two-story rotunda). Its accents give a nod to the city’s industrial heritage (with rippled metal inspired by the rolling stock of yore manufactured by Northeast Philly’s metal fabricator, the Budd Company). But its size (1.5 million square feet), its tally of 47 operating rooms (each designed to be adaptable for future technologies), and its reinvented emergency department (where patients are seen immediately by a doctor or nurse and then triaged to reduce wait times) is what truly sets it apart.

In addition to the two-floor emergency department (ED)—which replaced HUP’s existing ED—504 patient rooms are organized around the 17-story building’s perimeter, while supply rooms and staff spaces are tucked away to minimize normal hospital intrusions like foot and cart traffic. Rooms can transform into intensive care units when necessary and then be modified into regular patient rooms as equipment is removed. “The idea is to, as much as possible, keep patients in one place and to bring monitors and test machinery to them,” explained Frances Jensen, the Arthur Knight Asbury, MD, Professor in Neurology and chair of the department [“Plastic Fantastic,” Sep|Oct 2015].

All of the rooms are singles and feature amenities including large windows, separate sitting areas (with sleep sofas for family members), built-in storage space, expansive bathrooms, 75-inch smart TVs (that allow patients to review imaging with their physicians), and remote controls to operate everything from those screens to the window shades to the zoned lights. “Neuroaesthetic research shows us that the built environment is really important for everyone’s health and wellbeing,” Jensen said. “That becomes even more critical for patient outcomes,” she added, explaining that the rooms’ uncluttered spaces, muted colors, and exterior views can help facilitate the healing process.

Throughout the building, art and a connection to nature also play a part in enhancing the experience for both patients and Penn Medicine staff. The Pavilion’s lobby features a sculpture commissioned from Maya Lin, best known for the Vietnam Veterans Memorial in Washington, DC. Decoding the Tree of Life rises like a string of glass pearls through the 40-foot atrium, its organic shape referencing at once the branching strands of DNA molecules, the winding of the Schuylkill River, and the structure of a tree. Elsewhere, the brilliant hues of Nigerian-born, Philadelphia-based artist Odili Donald Odita’s Field and Sky mural are inspired by natural landscapes of sunsets and mountains.

The property around the Pavilion—which is the largest hospital in the world to achieve LEED Gold certification, an environmental-sustainability building rating system—incorporates an acre of landscaping and green roofs planted with native species that require low amounts of watering. And a new pedestrian link, called Discovery Walk, connects to the Penn Museum and the nearby SEPTA station, in keeping with a project goal to better integrate Penn Medicine’s facilities with the rest of the campus,

Besides Foster + Partners, healthcare design firm HDR, engineering firm BR+A, construction managers L.F. Driscoll and Balfour Beatty—and, crucially, a core group of Penn Medicine employees—collectively contributed to the design and planning of the project as part of an integrated group called PennFIRST. Bringing together so many stakeholders “was new for us,” admits West, “and it gave everyone a real sense of working toward the same goals.”

To test initial design ideas, workflow patterns, and everyday scenarios, PennFIRST invited hundreds of Penn Medicine employees to walk through a Northern Liberties warehouse space where a full-scale 30,000-square-foot foam and cardboard mockup of half of an inpatient floor had been constructed. “It was an investment that paid off time and time again,” West says. “In kicking the tires, all kinds of things came up and were adjusted, from bringing more daylight into the building, to designing all of the patient rooms so they were organized and outfitted in exactly the same way, to adding additional sets of public and staff elevators.

“As the hospital moves into the future, we wanted to enhance how everyone experiences the groundbreaking science that is at the core of what Penn Medicine does.” 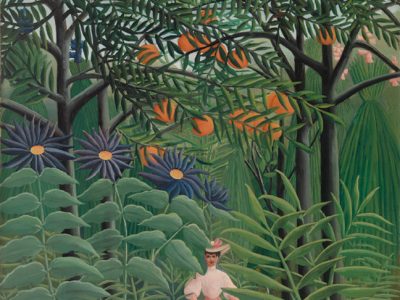 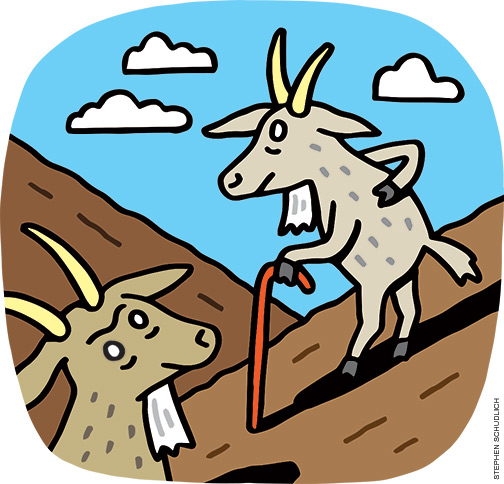