Guardian of the Guardians

From Olympians to pro baseball players, this mental health specialist trains athletes to “know what’s going on in their brains.”

Almost immediately after becoming director of sport psychology for the Cleveland Guardians (recently renamed from the Cleveland Indians), Lindsay Shaw C’05 had to deal with a death in the organization, which spans the gamut from low-level minor leaguers to Major League Baseball front office staff. On December 16, Andres Melendez, a 20-year-old catching prospect, died suddenly of natural causes brought on by multiple organ failure. Melendez had just completed a season playing for the Class A Lynchburg Hellcats, a Guardians’ minor league team.

“It was such an unexpected loss for everyone, especially those who had played alongside him,” Shaw says. “I held group and one-on-one Zoom sessions about the grieving process and let everyone know it’s OK to cry.”

Even front-office staff members who weren’t familiar with Melendez were affected by the loss, Shaw says. “It’s normal for people to suddenly confront their own mortality and think, ‘My gosh, what if it was me?’”

The Guardians weathered the emotional storm with the help of Shaw, who came to the organization after nine years as a sports psychophysiologist with the United States Olympic Committee (USOC), where she worked primarily with the rock climbing, archery, shooting, and BMX teams on everything from performance issues to dealing with the media.

A sports psychophysiologist works to harmonize the mind and body to enhance athletic performance and prevent injuries. “Athletes want to know what’s going on in their brains,” she says. “My mantra is: ‘Your emotions are going to happen.’ I train people to be open to that idea.”

With the Guardians, Shaw expects to visit the organization’s six minor-league teams over the course of the season and spend many of the Guardians’ homestands in Cleveland. Shaw, who lives in Denver, is also available on call when needed.

Working her first spring training with the team in February, she found many players receptive to her skills. “Oftentimes, players come to me to work on performance enhancement,” she says. “They know they’re capable of doing more, but they can’t figure out why [that isn’t happening]. So I have to play detective and investigate their behavior patterns to find where the problem lies.”

It could be something as simple as learning strategies for sleeping better, or as complex as working through deep-seated issues involving past trauma. Getting to the heart of any issue begins by having athletes talk about themselves, which enables Shaw to identify stressors in their off-field lives.

During spring training, several players wanted to talk about their performance, including a pitcher who was recovering from “significant injuries,” she says. “His coaches said he was experiencing the ‘yips’—command issues in his delivery. After talking for a bit, he revealed his biggest fear was: what if he never recovers?”

Shaw talked with him about his surgery, subsequent rehab, and current recovery. Then the player revealed the cause of his anxiety. “He told me he really wanted to contribute to the team, but was afraid that if he didn’t perform well, his teammates would think he was unreliable,” Shaw says. “That got him all wound up, which contributed to his losing control of his pitches. I told him: ‘Let’s focus on the things you need to do to have command of your delivery and also acknowledge that all pitchers experience infrequent loss of control.’”

Her advice: Be in the moment. Concentrate on one pitch at a time. She also took the player, who she declined to name, through visualizations with the goal of feeling comfortable on the pitching mound. He eventually regained the ability to control his pitches, which lessened his anxiety on the mound.

“In athletics, as in life, anxiety is basically worrying about the future. It’s always best to stay in the moment,” notes Shaw, whose sessions often involve looking at film with players and training them about the importance of their breathing.

“We use breathing techniques as a way to manage the activation in the nervous system—specifically as a way to dial it down,” she explains. “It could be used before a guy gets into the batter’s box if he notices he’s more amped than he wants to be, or after a game when a guy has trouble shifting into recovery mode. It could also be used in the middle of the night if he wakes up and can’t fall back asleep.”

Lonnie Soloff, senior vice president of medical services for the Guardians, says Shaw “brings a unique skill set of sports psychology and mental health awareness counseling to the team. The players find her very easy to talk to. And her background experience with USOC athletes made her a highly desirable candidate for us.”

An injury as a freshman on Penn’s gymnastics team ended Shaw’s athletic career but deepened her interest in sports psychology. “Fear can be a big part of your life,” she says. “From an early age, I read a lot of books on how we can manage our fears.”

After graduating with a degree in philosophy, politics, and economics, she spent a year in Germany, where she coached sports at an international school in Munich. She returned to the US and earned two degrees in counseling psychology with a sports psychology specialization from Boston University. After working in private practice, she joined the USOC in 2013.

“So many athletes are speaking out now about mental health issues,” she says, pointing to tennis star Naomi Osaka and gymnast Simone Biles, both of whom have been especially prominent in disclosing their struggles.

“Unfortunately, many athletes don’t get explicit instructions on how to work with themselves and their nervous feelings. My job is to help them work with their self and be successful. It’s a privilege to sit with a player and get into his mind and show him how to deal with explicit stressors.” 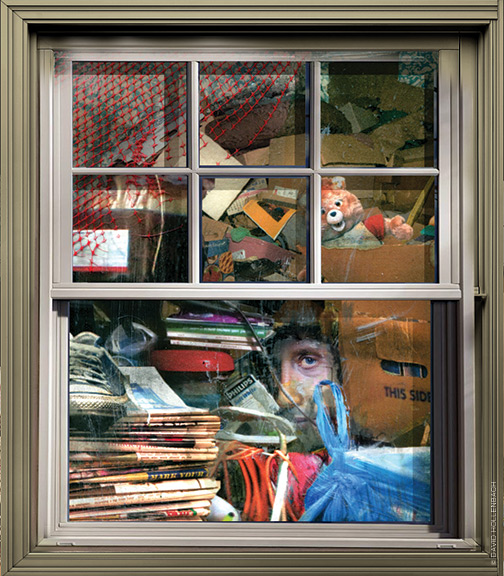