This pro soccer player’s interests extend well beyond the field.

Duke Lacroix C’15 was one game into his sixth season as a professional soccer player when play was halted in March 2020 at the onset of the pandemic. In his first year with the Charlotte Independence of the United Soccer League (USL) Championship, the second tier of American soccer, Lacroix was new in town and needed something to do.

In between occasional workouts at a park and trips to the grocery store, Lacroix first dabbled in video editing, before tinkering with design programs, indulging an interest in drawing he’d had since childhood but had never cultivated. When the summer of 2020 exploded into roiling racial unrest over the murder of George Floyd, Lacroix saw an outlet to express his emotions.

What resulted is a symbol for social justice to complement his soccer path. During Black History Month in February, Lacroix designed a “Dream in Color” scarf, a limited-edition collaboration between the USL and its Black Players Alliance. Selling for $30, proceeds from the scarf, which quickly sold out, went to charitable initiatives in the Charlotte and Sacramento areas.

“It was always something I was interested in, but never took the time to formally develop,” Lacroix says. “And with the extra time I had during the pandemic, and a lot of these issues that affected me, I wanted an expressive way to get it out.”

The words “Dream in Color” are emblazoned on a black background in a Pan-African color scheme of red, green, and yellow. The reverse side features motifs common to the Black empowerment movement, including a Black face in silhouette, a deep-rooted tree, and a raised fist. The slogans “Inspire the Future” and “Honor the Past” fill near the fringed ends.

Lacroix teamed with one of the league’s graphic artists, T.J. Grier, on the project. The two aligned quickly on what they wanted to convey. Lacroix drew upon his parents’ Haitian heritage and Martin Luther King Jr.’s “I Have a Dream” speech to encapsulate what he calls “the multitude and fluidity of life,” something that he hopes resonates with people of all racial identities.

“Working with Duke was amazing,” Grier says. “There’s only so many opportunities you get to work as an artist directly with an athlete, so this was an incredible opportunity. Coming up with the idea, it was really fluid. It seemed like we were on the same page right out of the gate.”

Lacroix never thought of himself as particularly artistic. He started at Penn as an engineering student before switching to sociology, initially a better fit with the athletic demands in his schedule but a subject that he “fell in love with.” He started playing guitar as a hobby in college, to unwind during an All-Ivy career on the pitch that included the fifth most points in program history. He was named the 2013 Ivy League Offensive Player of the Year, helping the Quakers win their first outright league title since 1972.

Soccer has always been just one aspect of Lacroix’s identity, something that Rudy Fuller recognized during the recruiting process. The former men’s soccer coach, now Penn’s senior associate athletic director for intercollegiate programs, understood that Lacroix could play for just about any program in the country. But he chose the education and opportunity that Penn offered.

“Duke has always been an incredible representative and steward of our program,” Fuller says. “I take a great deal of pride in watching him grow and develop not only as a player at the professional level but as a leader of men, and what he stands for and his values. He’s a very special young man.”

Much of that comes from what Fuller calls a quiet self-confidence that made Lacroix an instant leader for the Quakers. The two-year captain went undrafted by Major League Soccer in 2014, but he caught on in the lower levels. He’s in his second season with Sacramento Republic FC, following stints with teams in Indianapolis; Orange County, California; Reno, Nevada; and Charlotte. He overcame a knee reconstruction in 2017 with Orange County, and at 28, he’s playing as well as he ever has. He’s translated his offensive gifts into a career as a technical and capable defender who can still deliver a scoring punch, as he did with his game-winner on March 27 against FC Tulsa and his two-goal effort in a US Open Cup victory on April 7.

And at every stop on his pro soccer journey, he’s been active in the community, fostering grassroots support from fans and hosting soccer clinics for kids. He learned from Charlotte’s contingent of advocates, including several founders of the USL Black Players Alliance, and has become a valued member to a Sacramento club with a reputation throughout American soccer for its efforts at inclusive community engagement. To that end, Lacroix is planning to start an online store for his design work, selling digital prints whose proceeds will benefit community soccer charities.

While creating the “Dream in Color” scarf, Lacroix reflected on something his father told him often as a kid. Patrick, one of eight kids, emigrated from Haiti to the United States during middle school. In addition to being Duke’s first coach, he provided his early exposure to the sport: before Lacroix started club soccer as a 10-year-old, he cut his teeth against cousins and friends in the North Jersey Haitian diaspora who would turn family gatherings into soccer sessions. “My first soccer experiences were just playing with my dad and brother,” Duke says. “My brother was a little older, and he got into organized soccer a little earlier than me. So my first memories of soccer were playing at my grandma’s house.”

Patrick always urged Duke to approach the game of soccer with creativity—which Duke has taken to heart, on and off the field.

“My dad always said when I was younger that the field is a canvas and you go out there and create and paint and do something special,” Lacroix says. “It’s kind of cool to work within the framework of the rules of the game to make something beautiful. And it’s the same thing with art: you build your own framework and you want to make something of it and you put a personal touch to whatever you put on the field or on the page.” 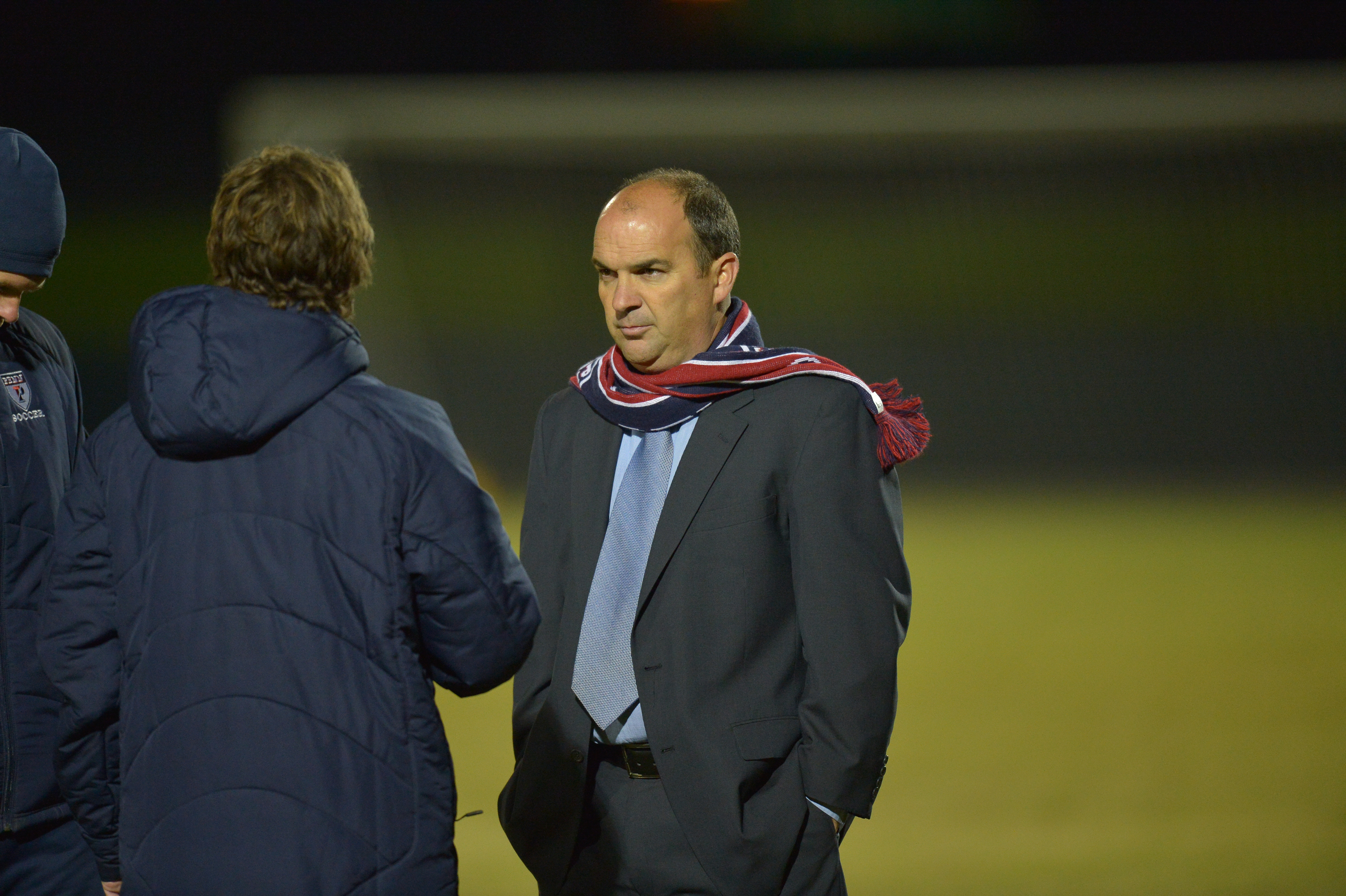