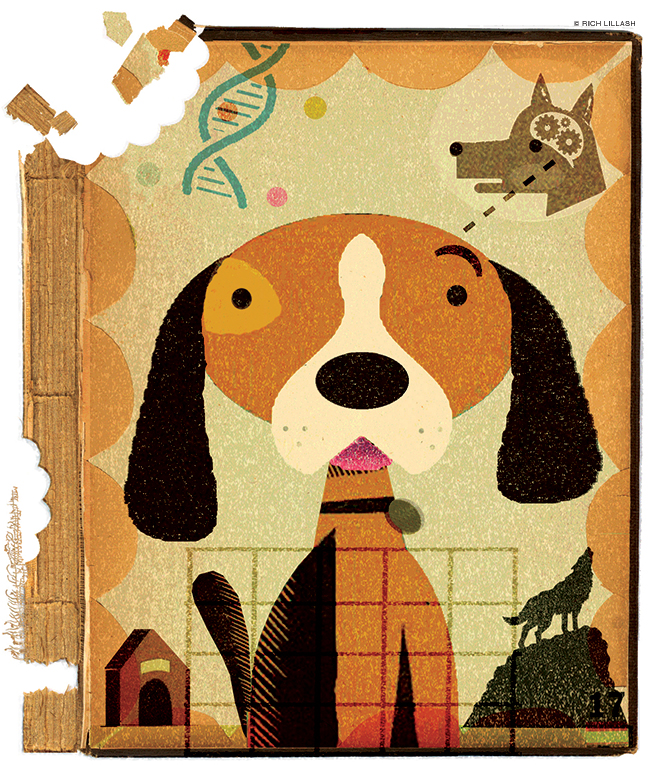 Twenty-two years ago, Penn Vet professor James Serpell edited a book about dogs. He figured it would appeal to fellow scientists, maybe end up on some university library shelves. “But surprisingly,” Serpell says now, “it seemed to hit a nerve.”

Notwithstanding its scholarly sheen, The Domestic Dog: Its Evolution, Behavior and Interactions with People attracted a wide range of dog owners, breeders, and trainers who wanted to understand their animals. “In terms of sales, it almost fell into the popular book bracket,” Serpell says.

Dog research was sparse at the time. As Serpell wrote in the book’s introduction: “it is surprising how little we know about C. familiaris.” The domestic dog “has been largely ignored by scientists,” he continued, “except when it has become a ‘problem,’ or when it has been used as a substitute for humans in biomedical or psychological research.”

When the book came out in 1995, roughly 55 million dogs lived in the US. Now it’s closer to 80 million, and owners and scientists alike are desperate to unravel canines’ thought processes and behaviors, and to trace their evolution from wild animal to trusty friend. So Serpell decided to update The Domestic Dog for this new age of canine obsession. The book’s second edition, which he both edited and contributed several chapters to, came out in December 2016.

It’s still an academic book. All 20 chapters pluck their information from the latest studies and data, using scientific research to address behavior and training, dog–human relationships, concerns over feral dogs in Europe, and every other facet of dog-related science.

Serpell says he was especially eager to insert the hunt for dogs’ origins into his update—research that was barely simmering in 1995 but is now at a full boil. “All these groups are desperately searching for genetic relationships between modern and ancient dogs and modern and ancient wolf populations, in an effort to track down the timing and place of wolf domestication,” he says.

The problem is, no one can agree on the specifics. In a chapter on the domestic dog’s origins, a Princeton biology professor and a neurogeneticist write that “it is now agreed that the sole ancestor of the dog is the gray wolf … [but] resolving which particular group of wolves was directly ancestral to the dog still proves challenging.” Some researchers claim that domestication started in East Asia. Others say Europe. Pinpointing the timing is difficult, too, they write, but so far DNA evidence places it some 16,000 to 12,000 years ago.

“The picture has become more and more complicated, with more and more disagreement,” Serpell says. “It’s a bit like the search for human origins.”

He also included a new chapter on canine cognition, written by two researchers in Austria. It’s a subject Serpell says is exploding right now, partly because some scientists suspect that tracing canine cognition might also illuminate the evolution of humans’ mental abilities, since dogs evolved to live happily alongside people.

Other new chapters cover the impact of free-roaming dogs on wildlife—they interact with at least 64 different species, mostly as predators and general disturbance-causers—and strategies for managing those dog populations. (“They’re wandering all over the place and causing all kinds of difficulties,” Serpell says.)

Serpell co-wrote a chapter on “becoming a dog,” which details how early experiences can lead to aggression, fears, phobias, and separation anxiety in adult animals. He says the research suggests that there are advantages to getting your puppies from reputable breeders—someone who is willing to let you visit and who’s well-versed on all things dog. “Do not get a puppy from the pet store,” he says, “and do not buy a puppy on the internet. These are all puppies that have had, shall we say, checkered histories, and you won’t have any opportunity to know anything about that history.”

He also says that getting a puppy when it’s younger than seven weeks old is “a recipe for behavior problems later in life,” based on multiple research studies. And while he’s certainly not against adopting from a shelter—that’s where Serpell got his own dog, in fact—he acknowledges that it’s “a bit of a lottery … but well worth doing if you’re prepared to make a bit of a gamble.”

As the Marie A. Moore Professor of Ethics and Animal Welfare and director of the school’s Center for the Interaction of Animals and Society, Serpell focuses his own research on why some dogs develop behavior problems and others don’t.

“I’m interested in this from a welfare standpoint,” he says, “because we know that behavior problems are the number one reason for the premature deaths of dogs in the US—they’re abandoned, relinquished to shelters, taken to the vet for euthanasia.”

With that in mind, Serpell developed the C-BARQ (Canine Behavioral Assessment and Research Questionnaire) in 2003. It offers a standardized way to evaluate dogs’ temperaments and behavior; the current version consists of a hundred questions about how a dog responds to different scenarios. The tool has been translated into about a dozen languages and used in studies all over the world.

Serpell says the C-BARQ has helped fellow researchers study dogs’ longevity, breed differences in behavior, heritability of certain traits, and even how a dog’s diet may influence its behavior. Lately he’s been using it to examine the impact of owners’ personalities on their dogs—and he’s found connections but says it’s too soon to share any specifics.

But he will say this: dogs fascinate him and always have. “Our relationship with dogs is unlike any other existing relationship out there between two different species in the animal kingdom,” he says.

As for the canine research boom that erupted after he first published The Domestic Dog, Serpell suspects this is only the beginning of a new era.

“We’ve done a lot of the preliminary work, and that work has just made the dog more interesting,” he says. “The more discoveries we make, the more questions they raise. My hope is that the new edition will kick-start the next generation of people wanting to professionalize and get up to date on the science behind dogs.” 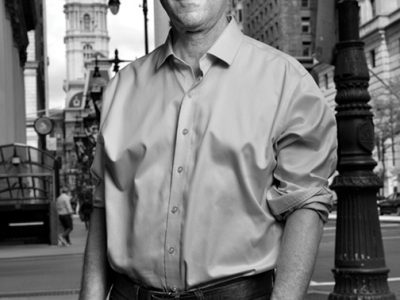 Alumni
A Spiral of Injustice 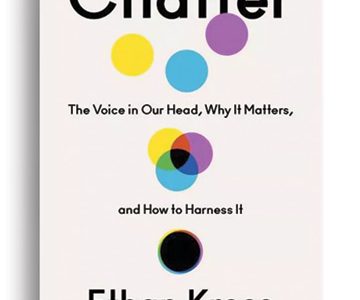 Arts and Culture
Mind Over Chatter