For two years, every time Natalie Vane WG’15 passed by the intersection of 21st and Walnut streets, the same sad building caught her eye.

Previously home to a Hollywood Tans, the storefront now sat dark and empty. In time it became a popular graffiti target. The windows grew cloudy. Still, no new store.

Then Vane had an idea. What if she could turn real-estate black holes into pop-up shops for retailers like Warby Parker, Kate Spade, or even local Etsy artisans? She used a Wharton entrepreneurship class to start hammering out a plan. She was ready to get serious, even if it meant laying down some cash.

But before she signed any checks, Vane joined the first Penn cohort of the National Science Foundation Innovation Corps. In February the Penn Center for Innovation joined the ranks of roughly 40 sites around the country participating in the program, whose goal is to commercialize academic research or classroom-forged ideas—quickly—by fostering new startup companies. With a $300,000 grant from the NSF, the University’s program will support about 90 teams over the next three years.

“When I started I-Corps, I was about to start paying $10,000 or $15,000 a month for space in a vacant downtown building,” Vane says. “I-Corps really encouraged me to bake my idea more before I spent all my life savings.”

Vane’s LocalPulse is one of 15 startups in the University’s first I-Corps cohort. At Penn the program is open to students, faculty, alumni, and staff—which leads to some interesting pairings. An associate professor of medicine is working with two Wharton undergrads, for instance, on a financial-management platform to protect older adults from fraud. Another team includes an engineer, a psychiatric nurse, a law student, a political science alum, and a former medical researcher.

“I-Corps centers on this idea that if you want to create a startup, you have to figure out if it will work before you spend a lot of time and money developing a product and marketing it,” says Tomas Isakowitz, who directs the Penn Center for Innovation’s fellowship program and is also managing I-Corps.

That’s done by talking to potential customers and getting a firm grasp on the market—again, with an emphasis on speed. Laurie Actman, chief operating officer of the Penn Center for Innovation, says this approach is “almost the opposite of how traditional tech transfers work” in academia, where product development often comes before a thorough assessment of its potential market.

Almost half of the startups have a medical bent. There’s a technology for quickly diagnosing concussions (Concussense); surgical devices and implantable meshes designed to prevent abdominal hernias (Paradigm Surgical, LLC); and a detector that more accurately determines the proton range for patients in proton therapy treatment (Proton Imaging Detector), among other things.

But medicine is by no means the only focus. Erin Soletski WG’15 and Anjali Bhatia W’15 are designing tools and processes to make eyelash extensions easier and faster. Another group is working on a platform to help travelers find unique adventures in Latin America.

Akinyemi Bajulaiye C’13’s group—the one with the nurse, engineer, and law student—is developing Sharenonymous, a peer-to-peer community-messaging network. By combining social media with therapy, it’s “meant to relieve university students’ feelings of being overwhelmed by their academic life,” he says.

“The variety of teams makes it a very interesting cohort,” Isakowitz notes. “They look at things differently.”

“It’s been interesting,” Vane concurs, “to observe how a doctor with a new technology is going about commercializing his product in comparison to the way I’m doing mine. I’m really learning a lot from the other people and enjoy having them question my business model from a different viewpoint.”

Isakowitz says that I-Corps will welcome its second class this fall. He hopes to watch the community grow over the next three years into “a place where entrepreneurs can come for resources, to learn from each other. And hopefully,” he adds, “some of these teams will turn into real companies that are successful.”

Vane hopes so, too. She’s currently sending out leases to property owners and plans to have her first pop-up running soon. Philadelphia will be her pilot city, she says, before LocalPulse expands to New York, Washington, and, ultimately, “every major city.” She says about 10 percent of all retail spaces are currently empty, which means countless opportunities for her temporary shops.

“We are much further along than we were before the I-Corps program,” she adds. “As entrepreneurs, by nature we’re very focused and sort of stubborn. I-Corps gave me a lot of tools to really question and improve my entrepreneurial take.” 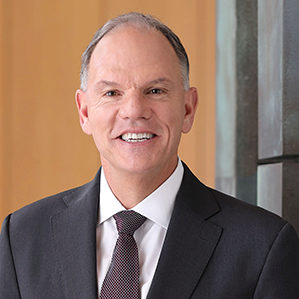