Enemy of the State

Can a free press be too oppositional for its own good?

Shortly after Donald Trump W’68 assumed the presidency, The Washington Post rolled out a new slogan: “Democracy Dies in Darkness.” Pugnacity has been a feature of American news media since at least the 19th century, when openly partisan newspapers thrived. And ideological info-warfare has consumed the cable dial since the launch of Fox News in 1996. But the self-conscious righteousness—and timing—of the Post’s motto intensified debate over two old questions: How should a free press behave? And how shouldn’t it?

In September, the Perry World House assembled four leading journalists, from four quite different countries, to examine the pitfalls confronting the press in an “era of populism, nationalism, and retrenchment.”

Graeme Wood, a national correspondent at The Atlantic, outlined the tension many journalists feel when their dedication to open-minded inquiry collides with a perceived threat to fundamental values in a free society. It is explicit at his magazine. The Atlantic’s slogan, “Of no party or clique,” informs an editorial approach that is distinguished by both conservative commentary and Ta-Nehisi Coates’ “The Case for Reparations.” Yet the magazine’s origin as an abolitionist publication gives it fidelity to a “particular worldview that has not really been challenged, until recently, in the last 150 years,” Wood said.

“This has been a very delicate road for us to tread.”

The same goes for Germany, where an influx of refugees from the Middle East catalyzed the far-right Alternative for Germany (AfD) party, which won a historic number of parliamentary seats in the 2017 election. This has been an unsettling experience, said Der Tagesspeigel editor Anna Sauerbrey, for a press corps that regards itself as a bulwark against Nazi-associated attitudes, one of which is xenophobia.

“We have reported in a very one-sided way,” Sauerbrey acknowledged, with a measure of regret. “Even the largest tabloid in Germany was on the pro-refugee, welcome side, and actually printed cut-out buttons: I LOVE REFUGEES.

“I think that many people who were concerned [about the admission of one million refugees] did not find their questions asked by journalists.” For instance, she charged German media with ignoring anxieties about the preponderance of young men among the new arrivals—which remains a talking point on the far-right. When newspapers profiled individual refugees, she said, “It was always, like, a woman with a small child,” misrepresenting the statistical reality.

“And the readers said, Well how about crime rates going up?” she added. “And the media said, No, crime rates are not going to go up . Yet crime rates actually do go up. You don’t have to frame it in a racist perspective—but if you have an influx of young men, even German young men have higher crime rates.

“I think the German media have learned from that, and we are writing about it now,” Sauerbrey said. “But for some people it’s just too late, because we lost some trust.”

This dynamic was all too familiar to Francisco Toro, who has covered Venezuela since the beginning of the Chavez era as the founding editor of Caracas Chronicles.

“Venezuela was Patient Zero for the global populist wave,” Toro said, describing what happened to his country when an authoritarian leader systematically targeted the media as an enemy of the people. “If the media doesn’t have the professionalism and self-discipline to avoid that trap, they fall directly into it.”

“In 2001 and 2002, there was a particular moment where the old political parties were very weak and discredited, and it ended up being the four main media broadcasters, TV stations, who really led the opposition,” he reflected. They mounted “24/7 anti-regime” programming, in an effort to push back on regime propaganda.

“There were journalists looking at this and saying, ‘Let’s step back a little bit here, because we are taking on a role that is really not our role, and if it doesn’t work, this will destroy freedom of expression in Venezuela for a generation,’” Toro added. “Which is what has happened. Today there is basically no freedom of speech in Venezuela at all. The state picked off the broadcasters one by one, either by blocking them or buying them out. So I am here to warn journalists of the very real costs and existential consequences of overplaying our hand by taking on a role that isn’t ours.”

The discussion also plumbed anxieties about disinformation on social media. During a week when Facebook and Twitter were being called into Congress to account for the use of their platforms by foreign adversaries apparently attempting to disrupt the US political process, the panelists offered divergent views on how much responsibility such companies bear for the content they host.

The stock reply from so-called “platform companies” is that policing user-generated content is technologically unfeasible. But Wood remarked that over the last two years it has become much harder to find “direct incitements to violence by ISIS,” due to the vigilance those companies have exercised. And Sauerbrey commented that German anti-hate laws oblige social media companies operating in the German market to delete certain content within 24 hours. That obligation has not led them to pull up stakes.

Yet Wood voiced unease about regulating content in what have, in the main, been forums for free exchange. Toro echoed that note of caution, pointing out that while social media platforms have become vectors for viral deception in the US, services like WhatsApp have become crucial channels for independent voices in Venezuela—where the “real newspapers” are state-controlled propaganda organs.

“I’ll tell you who really wants to regulate social media: it’s the Venezuelan government,” he said, offering an example.

“In 2003, the law of Social Responsibility of Media was approved … What we’ve seen is that these laws work through intimidation via vagueness. So you establish a very vague standard, and make sure the people administering it are your partisans. That leaves journalists in a situation where just about anything they write could be considered inimical to ‘social peace.’ So you’re always writing on your toes.

“Regimes that are inimical to freedom of speech adapt and learn over time,” Toro concluded. “So strategies you are employing today to short-circuit them, they will adopt and turn to their own benefit. State power is not most effectively used directly, at least in our experience. It’s most effectively used in these roundabout ways.” —TP 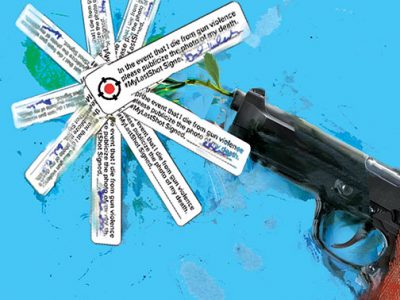 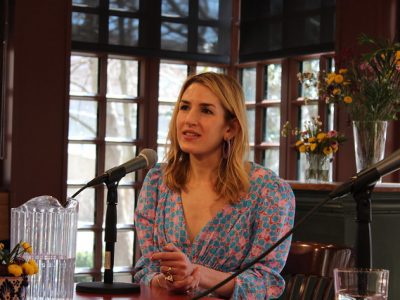 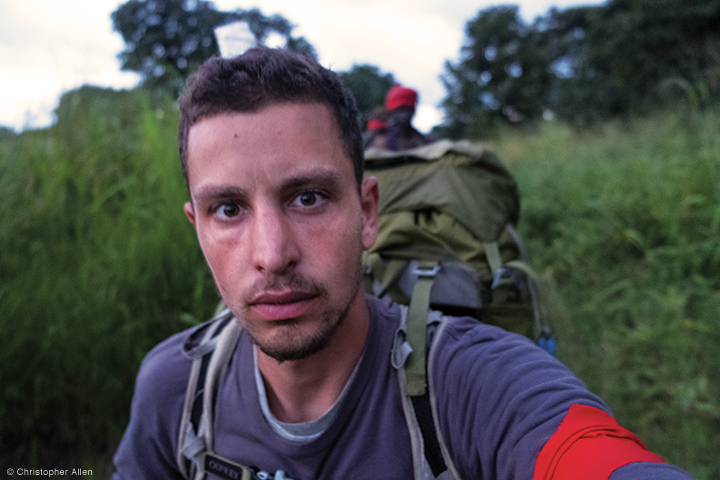 Alumni
A Death in South Sudan