Biology and Psychology, Together At Last

The fields of biology and psychology have drawn increasingly close to one another during the past 25 years, and this spring they officially came under the same roof at Penn. April saw the opening of the Stephen A. Levin Building, located between University Avenue and the Kaskey Memorial Garden (also known as the BioPond) south of Hamilton Walk. The $68 million, 78,000-square-foot building will serve as a common home for the undergraduate psychology and biology departments, as well as the Biological Basis of Behavior Program and the Roy and Diana Vagelos Program in Life Sciences & Management, a dual-degree track administered by Wharton and the College.

The building—named in honor of Stephen A. Levin C’67, whose $15 million gift helped make it possible—constitutes the final phase of the University’s life sciences expansion project, which began with the 2006 opening of the Carolyn Lynch Laboratories [“From College Hall,” Jan|Feb 2007].

The biology and psychology departments “were sort of sprinkled all over the campus,” says University architect David Hollenberg GAr’76. “They’re popular undergraduate majors, and didn’t really have a home or an identity.”

The Levin Building changes that. Clad in pre-patinated copper panels whose fern-green hue should gain additional depth and nuance with age, the building has an eye-catching aluminum sunscreen whose biomorphic pattern evokes magnified cellular tissue mounted on a giant microscope slide. Though hallways connect to every level of the historic Leidy Laboratory to its immediate north, and a tunnel links it to the Lynch Laboratories to the south, the new building asserts an identity very much its own.

Hollenberg credits project architect SmithGroupJJR with conceiving of a design (executed by Philadelphia-based construction manager P. Agnes) that treats University Avenue less as a barrier than a gateway.

“Their notion was to turn the building sideways,” he says. “Instead of being just an extension of Lynch, which would have been very easy to imagine—to continue this wall along University Avenue—they encouraged us to look at this 90-degree rotation, connecting to Leidy and opening up this plaza.”

The plaza, whose landscaping eases the transition from urban street edge to the dense, wild growth around the BioPond, is actually a green roof. Underneath is a 180-seat auditorium where courses like Biology 101 and Psychology 101 will be taught, and Coursera classes can be recorded and produced. In between the auditorium and three new undergraduate wet labs is a spacious lounge whose clustered seats and tables are envisioned as sites of informal collaboration and impromptu instruction; the walls are magnetized panels of white glass that double as floor-to-ceiling marker boards.

Levin also houses Penn’s first purpose-built “active-learning classroom,” a flexible layout designed to foster group-based learning. “The basic idea is that students are seated in three groups of three at a seven-foot round table,” Hollenberg explains. “Their table is computer-connected, and they can simultaneously show their work on three sides of the classroom. In essence, the job of the faculty member is to circulate among the students and have them teach each other, and coach them as they’re doing so.” The University has converted about half a dozen spaces into active-learning classrooms over the past several years, and demand for them has been high, particularly in physics, chemistry, and mathematics.

The Levin building’s upper floors house faculty offices and research spaces. University officials expressed hope that the building will foster interdisciplinary collaboration and serve as a center of gravity for the life sciences.

“Deciphering the complex relationship between brain activity and the vastness of human intelligence and behavior is one of today’s most daunting and important scientific challenges,” said Steven J. Fluharty, dean of Penn Arts & Sciences, in a statement. “The Stephen A. Levin Building completes a contiguous brain and psychology ‘zone’ at the southwest edge of campus. These contiguous facilities will be used to promote intellectual synergies and serve as a dedicated home for shared instrumentation and collaborative laboratory facilities.”—T.P. 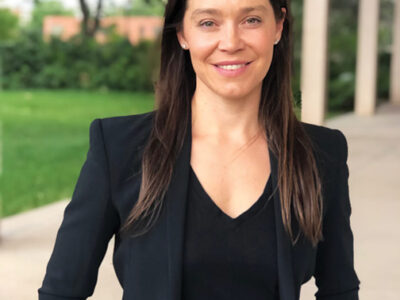