Beyond ‘Distrust and Verify’

The long and bitter debate over the Iranian Nuclear Agreement ended when Congress ratified it in September. Or perhaps it’s more accurate to say it entered a new stage. In “Iran’s Nuclear Chess: After the Deal,” a panel discussion sponsored by International Programs and the Center for Ethics and Rule of Law (CERL) in late September, retired US General James Cartwright voiced approval of the deal’s accomplishments, concerns about its shortcomings, and reflected on the challenge of monitoring Iranian adherence going forward.

Cartwright, a former vice chairman of the Joint Chiefs of Staff, characterized it as a good deal, because it dealt seriously with the three key issues of “the uranium, the plutonium, and the covert options,” adding: “Not as well as any of us would have liked, but they are addressed.”

But the possibility of subterfuge that could ultimately yield one or two nuclear bombs still worried him.

“My biggest concern about the deal is the incremental cheating, so to speak. It will go on, whether we call it interpretation of the rules or cheating. It probably won’t be blatant right out of the gate, because [the Iranians] have too much to lose—they’ve got good standing now, they’ve got an opportunity to reengage with the commercial world, and to change their standing internationally, and that’s a good thing. But there will likely be incremental activity at a low level, and they will do the same thing they’ve been doing: They will try to do it just below the level of what someone would act on. And we’re going to have to deal with that. But I still think it’s a better deal than what we were facing.” 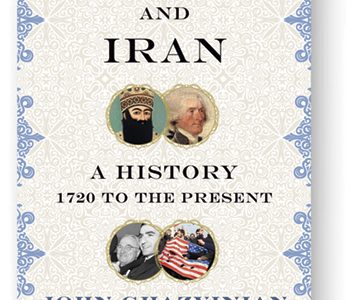 News and Features
Are We Winning the War Against Coronavirus?