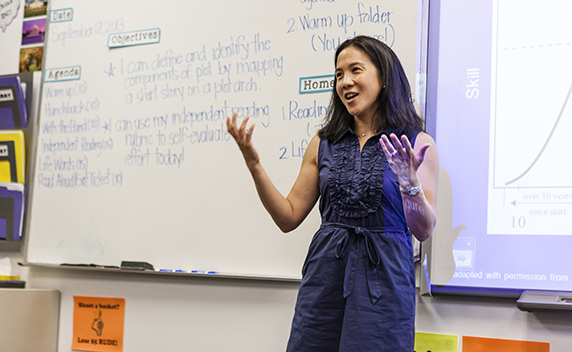 As Gazette contributor (and Boston Globe “Braniac” columnist) Kevin Hartnett wrote in a 2012 feature story, “Duckworth is best known for the study of ‘grit,’ which she defines as ‘perseverance and passion for long-term goals.’ Today grit is a buzzword in the hallways of charter schools around the country, where teachers, principals, and deep-pocketed board members have all come to believe that inculcating grittiness in students is every bit as important as building academic skills.”