“I can remember exactly how it started,” Paul Hirshorn C’62 GCP’64 GAr’72 was saying in a deadpan way at the recent opening of White Towers Revisited, a new exhibition at Penn’s Architectural Archives.“One day Steve came up to me and said, ‘Paul, there are a lot of nice White Towers over in Camden. Would you like to go take pictures of them?’ I said: ‘OK.’”

That was 45 years ago. Steve was the late Steven Izenour GAr’65, Hirshorn’s fellow architect and writer. Back then, Izenour imagined the project as a photography exhibition. Then he and Hirshorn visited the White Tower headquarters in Connecticut and discovered the company’s remarkable archive—more than 3,000 photographs, drawings, and objects. (“It was equivalent to Howard Carter discovering King Tut’s Tomb, without a doubt,” said Hirshorn dryly.) From there, the two went on to write White Towers (MIT Press, 1979), a small, handsomely illustrated book about the eye-catching hamburger chain that was published in a revised edition in 2007.

The White Tower archive, which was donated to the University several years ago by the family of company founder Thomas E. Saxe, represents an “incredible treasure that documents over 50 years of the company’s architecture from the 1920s to the 1980s,” in the words of Bill Whitaker GAr’96, the Architectural Archives’ curator and collections manager who organized the exhibition.

It’s fair to say that in 1970, not everyone appreciated the chain’s gleaming Art Deco and modernist architecture. But Hirshorn and Izenour had, in Whitaker’s words, become “sensitized to the use of signs and symbolism in commercial architecture” through their work with Robert Venturi Hon’80 and Denise Scott Brown GCP’60 GAr’65 Hon’94 (with whom Izenour was soon to publish Learning from Las Vegas). In their book, Izenour and Hirshorn wrote that the various White Towers “formed a particularly complete and sophisticated set of stylistic variations on one strict symbolic theme—a white building with a tower over its entrance—for one strict functional purpose: selling hamburgers.”

Behind the creation of the archive was some fortuitous chutzpah, explained Brock Saxe, scion of the White Tower family, who spoke at the opening reception. Back in 1926, his father and grandfather saw a “very prosperous restaurant” in Minneapolis that they wanted to emulate. The name? White Castle. After opening a series of very similar-looking restaurants in Milwaukee and Detroit under the White Tower name, they then tried to stop any new White Castles from opening in Detroit. A court battle followed, at the conclusion of which White Tower had to pay White Castle $100 for each new restaurant it opened—and send White Castle photographs of every White Tower in the chain. “That adversity,” said Saxe, “became the basis for this exhibit.”

Time and changing tastes have reduced the number of White Tower buildings in the nation from around 230 to about 20, said Whitaker, and the chain “ceased to operate in the early 1980s.”

In the preface to the first edition of White Towers, Hirshorn and Izenour wrote: “Everyone on the East Coast will recognize these gleaming little white buildings, open all night serving burgers and coffee.” Twenty-eight years later, Hirshorn had to tweak that sentence slightly: “A few on the East Coast will remember these gleaming little white towers …”

The exhibition at the Architectural Archives, which runs through Alumni Weekend, consists of 50-some archival prints as well as a selection of the photos that Izenour and Hirshorn took that summer day in 1970.

“It’s pretty amazing how much you can learn from a landscape,” Whitaker said. “And to have our eyes opened to a legacy like this was really a remarkable thing.” —S.H. 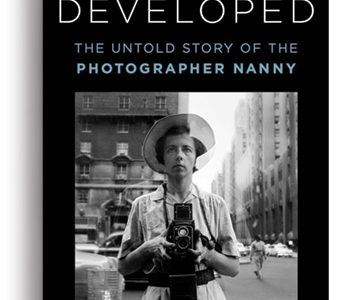 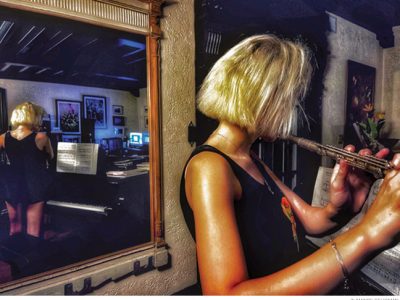