The Sweet Song of a Fire opens in Los Angeles

Jeff Koegel is a painter, designer and illustrator whose illustrations began appearing in the Gazette in 2013. His latest paintings will be on view at LAUNCH Gallery in Los Angeles (www.launchla.org) May 17-June 14, 2014. In conjunction with his solo exhibition, Jeff spoke with Gazette art director Catherine Gontarek about the relationship between painting and illustration, and his working process. 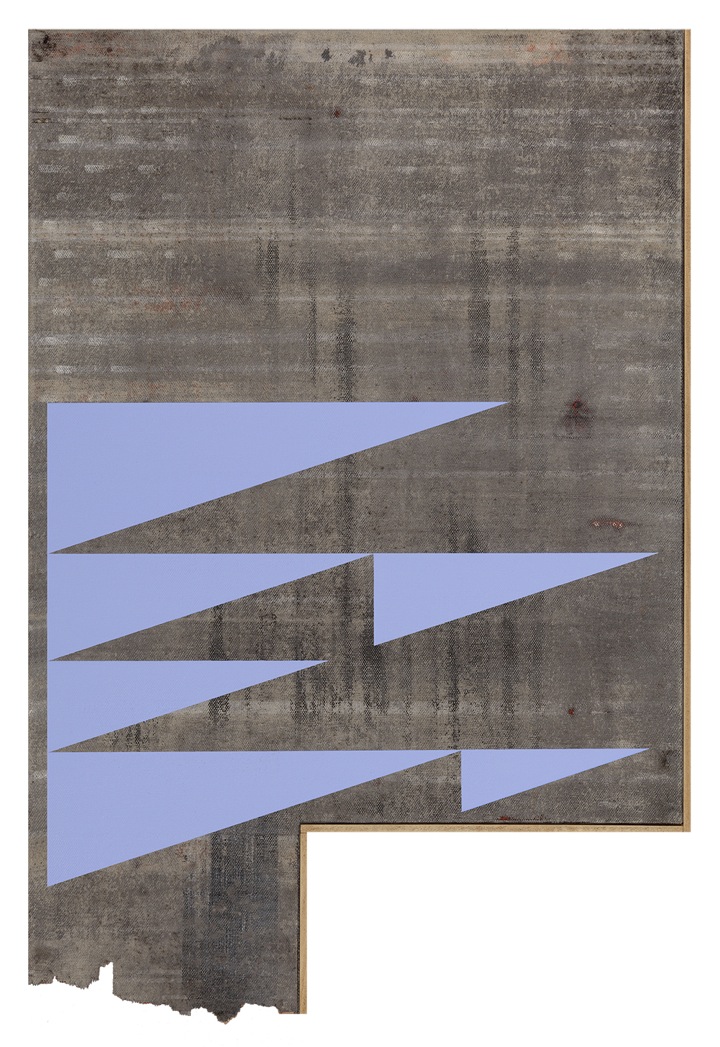 I’m interested in the reciprocal relationship between your illustrative work and your paintings. There’s an almost formalist abstraction apparent in both, as seen here in your illustration of Fallingwater [“Failing Fallingwater,” Mar|Apr 2014] and The Sweet Song of a Fire, the title piece of your latest exhibition.

Despite their functional differences, both forms are created from the same vocabulary. Results from my experiments in painting are used as a graphic language to make illustrations with, and sometimes the components from illustrations take on a new life and meaning in the context of painting. In the making of the illustration of Fallingwater, I developed a pattern of triangles to represent the foliage of the forest site. I wanted to represent nature with geometry to reflect the language that Frank Lloyd Wright developed to represent nature in his architecture, especially in his stained glass windows. As I worked with the color and positioning of the triangles, I noticed that the interplay between the triangles created a kind of visual flicker that I wanted to introduce to an irregular-shaped canvas that I had been blasting with gunpowder. The outcome felt to me like a geometric representation of a cool blue flame twinkling within an ashen space. As the painting was coming together, I was listening to a story about Elvis on the radio and misheard some lyrics to be “like the sweet song of a fire” and thought, wow, that’s poetic. I looked online and found the lyrics to be “like the sweet song of a choir,” which was pretty dull, but it gave me my title for The Sweet Song of a Fire. Much of the creative process for me in being open any possible relationship – pictures, words, ideas, and to give them a chance to work off each other.

Illustration generally serves as a visual support for a text or an idea, and painting serves as a trigger for experience unto itself, so they are made and exist for different reasons. While a work of illustration is grounded in a specific idea, and plays off that idea, a painting acknowledges the history of painting.

My relationship with painting is based in curiosity and experimentation. Making a painting is a process of building up and stripping away, deconstructing and reconstructing, with much of the time spent observing what is evolving and responding accordingly. It’s important for the process to be open-ended and to be always looking for a point of departure—a surprise that leads you in an unexpected direction. Even though I start work with drawings and ideas about things I want to try, I rarely know what a work is going to be like until it’s nearly finished. With painting, there is a great emphasis on transformation and discovery.

Making an illustration is a more focused process. I begin by making a decision about what I think has to be stated in the work. In an editorial piece, for example, I consider the author’s point and decide whether I want to deal with it in a direct and concise way, or in an expansive way, but it has to support the author’s thesis through my interpretation. It’s a strategic process based in storytelling and collaboration. 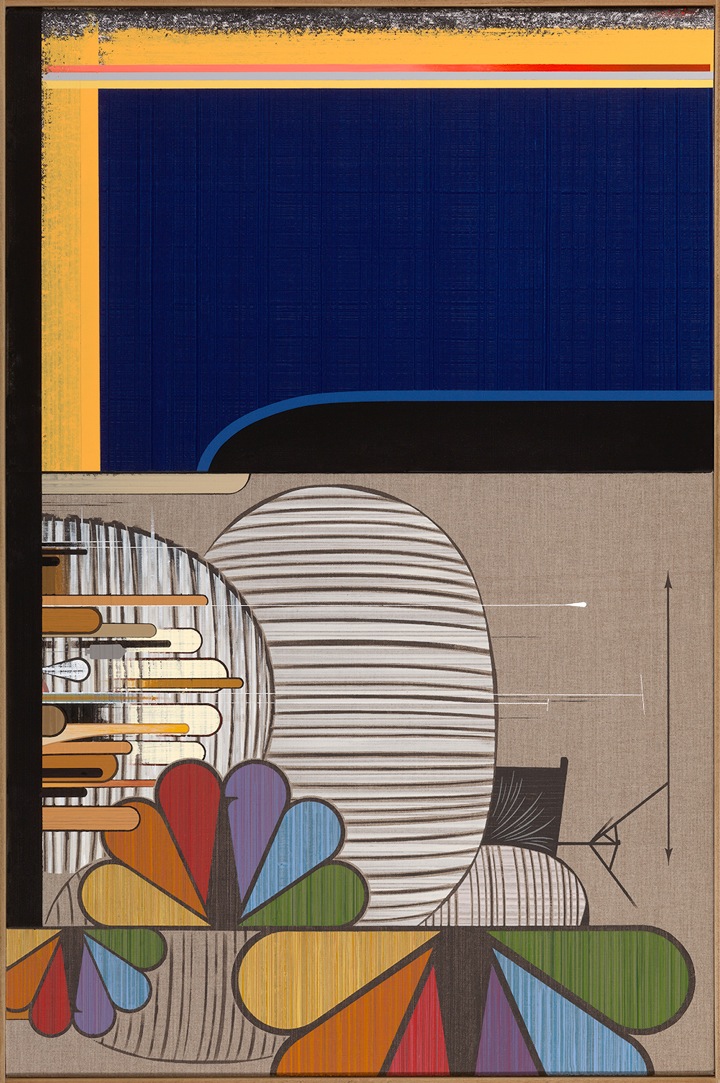 You were schooled in architecture. How has this influenced your artwork?

Architecture was my introduction to drawing. I never had an art class until my sophomore year in college, when I changed my major to art. In high school I took mechanical drawing, drafting and architecture classes every semester, so my brain was really wired for spatial drawing, and I’ve always felt that I was building something in 3 dimensions as I drew it. Even now, while I’m more interested in the flatness of the image, it still feels like a construction.

What other activities feed your work?

Everything I do and everywhere I go, I’m always focused in kind of a soft way on anything that may fit into the context of art. I take a lot of notes and keep a journal of words, phrases, photos, and clippings, etc. because I see everything as fair game for appropriation—everything is equally legitimate. For me, it’s a way to question the perception of values and meaning in and out of various contexts. I think that exercise is important for creative thinking. I’ve found that all-out physical activities, like uphill sprinting or running up stadiums, forces unusual ideas, otherwise unreachable, out of my subconscious mind. I think it’s a combination of endorphins and the body kicking into survival mode and leaving the zone of rational thinking. Lastly, it’s important to have a regular diet of looking at what other creative people are doing. Dialogue with other artists is critical part of being informed and relevant.

What are you reading?

It’s grounding for me to read about the lives and circumstances of other artists. I’ve been reading Kenneth Silverman’s biography on John Cage, Begin Again and Anne Truitt’s mid-1970’s journal Daybook. I just reread Susan Sontag’s On Photography. Her commentary on the photograph’s role in modern life has become even more powerful in the context of today’s online media.

I’ve been experimenting with one of the earliest methods of making photo prints, known as gum bichromate printing. There’s a chance that my next show will be rooted in the photographic image. I’m also beginning a series of large-scale works on paper. My current exhibition has a handful of works on paper that are heavily worked, scorched with ignited gunpowder, peeled up and re-mounted. I love the malleability and paintability of paper, so I’m excited to see how the large-scale works will evolve in this next group of paintings.