This time of year, NFL fans are pretty much focused on one thing only: the Superbowl.  Players call it “the only game that matters,” fans debate every possible playoff scenario, and the NFL marketing machine cranks out a familiar narrative: the teams marching through this month’s playoff games like gladiators at battle, falling one by one on the frozen January turf, until only two contenders remain for the epic finale.  But the most important conflict in the NFL might have already happened last Tuesday, in an anonymous Manhattan office building, while no one was looking.  The dispute concerns contract language and procedural minutiae in the NFL’s extremely dense 361 page Collective Bargaining Agreement.  But the stakes are extreme: control over $4 billion in TV rights money, and the possible cancellation of next year’s entire football season. 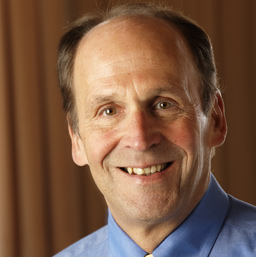 The man running the hearing, Steven Burbank, couldn’t be any farther removed from the bone-crunching spectacle that is NFL football.  No one would mistake him for a professional football player (possibly he could pass for a place-kicker).  At Penn’s law school, he’s the David Berger Professor for the Administration of Justice, teaching classes like “Civil Procedure.”  But he also happens to be the “special master” to the NFL, a title that means he’s the ultimate authority in deciding what he calls “very hard questions of contract interpretation.”

Like a one man officiating crew, Burbank has been making these tough calls for the NFL since he was appointed to the job by a federal court eight year ago.  His very first case was a question that had huge implications for Philly football fans: could Terrell Owens be traded to the Eagles?  (At the 11th hour the teams involved settled the dispute on their own, for which Burbank was thankful.  His statement at the time: “If I would’ve decided in favor of free agency, some people would’ve thought I did so because I’m in Philadelphia. If I decided against free agency, I wouldn’t be able to live in Philadelphia.”).  More recently, after Michael Vick was suspended—but before he became an Eagle—Burbank ruled that his old team would be allowed to reclaim about $20 million in bonus money.

Burbank’s decisions have moved around a lot of money in the past, but nothing quite like the $4 billion in question this past Tuesday.  That’s the amount that stations like Fox, NBC, ESPN, and CBS agreed to pay for the TV rights for NFL games next year—money the team owners want to collect even if the games aren’t played.  Behind the legal intricacies stands a simple question:  will the owners be able to afford a lockout next year, or not?

In his Q and A with the Gazette, Burbank describes the “tremendous power” that’s actually embedded in ostensibly dry, legal technicalities and questions of procedure.  Click here for more from the “special master.”