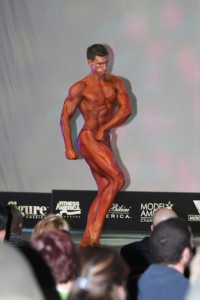 In the January 2011 issue of the Gazette we covered Anthony Balduzzi, who won the school’s Mr. Penn bodybuilding title in November 2010.  Not one to rest on his laurels, Balduzzi traveled to Las Vegas the following weekend to compete in the U22 (under 22) category at the Musclemania World Junior Championship.  His 18 weeks of preparation for the Penn show paid off, and he came home with the win.

“That’s pretty impressive, back to back,” said Coach Tony Tenisci, who’s organized the Mr. and Ms. Penn competition for the past 18 years.

“The competition in Las Vegas was extremely inspiring for me,” Balduzzi wrote in an email.  “I witnessed the incredible physiques that natural bodybuilders had been crafting for years. It definitely instilled a fire in me to continue to pursue bodybuilding and become a progressively better athlete every day.”

Still, when it comes to a career path he sees much more than bodybuilding in his future.  After a post-bac year, he’ll be applying to med school—ideally somewhere he could enter a dual degree MD/MBA program.  At Penn, he co-authored a paper on muscle metabolism and though he won’t have to make the decision for a few years, he could imagine going into the field of endocrinology.  But he wants to combine his medical knowledge with the entrepreneurial possibilities an MBA might open up.  And Balduzzi isn’t wasting any time: he’s already working on a book idea with a Penn classmate, highlighting 100 principles of exercise and fitness that are backed by scientific studies.

Whether he’s in the lab or in the gym, Balduzzi describes his ideal as a life that balances mind and body.  “You can use your mind consciously, all day—every day—to change your body,” he says.  “And it’s a very empowering process.” 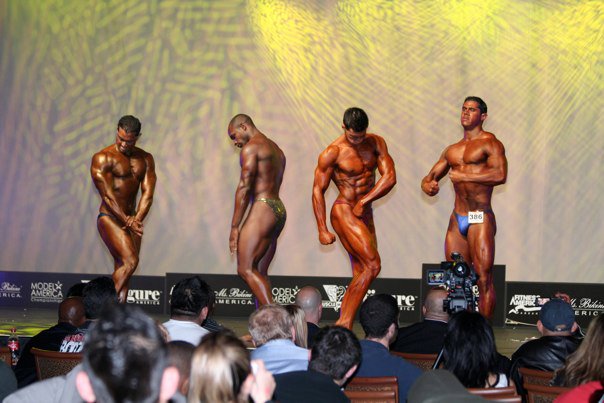 Balduzzi, second from the right