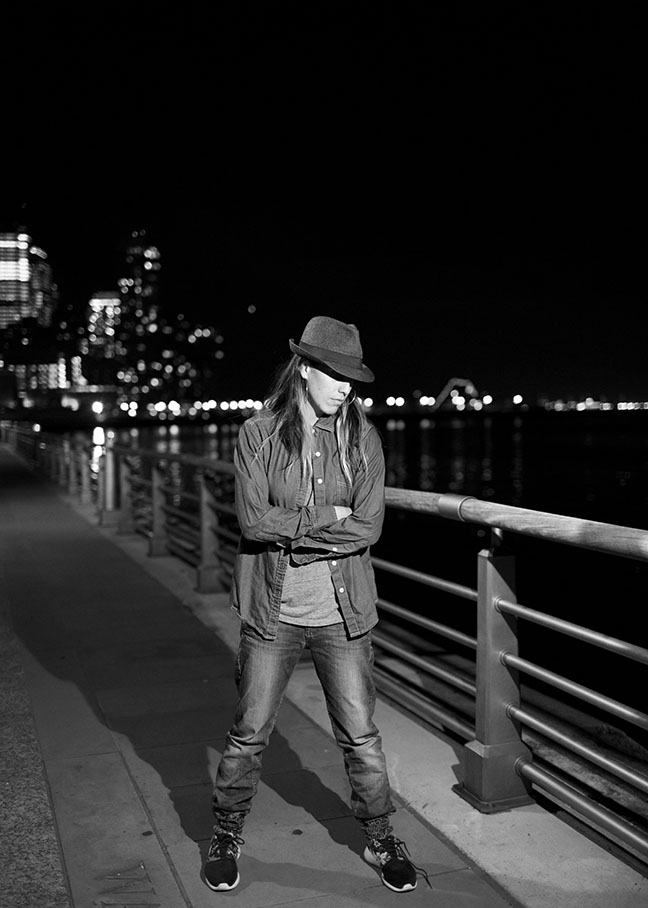 When Jennifer Weber C’00 came to Penn as a freshman, she auditioned for all the campus dance companies—and didn’t get into any of them.

But the following summer, after taking some dance classes in New York City, she resolved to start her own group instead. She held auditions in the fall of 1997, the beginning of her sophomore year, and soon Strictly Funk pop-and-locked its way onto campus.

“I think proving people wrong is such a great motivator sometimes,” Weber says now. “If I had gotten into another group, I would have just done that, I’m sure. But I didn’t like that people told me I couldn’t, so I told everybody I could.”

While Strictly Funk has sealed its place at Penn as an outlet for contemporary and hip-hop performance, Weber has continued to chisel out her own nook in the professional dance world. Much of her success has come from an innovative pairing—but more on that in a bit.

She moved to New York after graduation, worked a marketing job for three days, then got noticed freestyling in a nightclub. The offer came while she was still on the dance floor: she and some friends—many of them Strictly Funk-ers—would perform at a local radio station’s summer concert.

“I got paid $400 and thought I was such a baller,” Weber remembers.

After the concert, Weber figured she could start up her own dance company, just as she had at Penn. “It turns out it’s much harder to do that in the real world,” she says. A carpeted room in Hill House had once been her last choice rehearsal space; in New York, where studio space was even tougher—and expensive—to find, that carpeted dorm lounge started to look pretty good.

She pushed forward anyway and formed Decadancetheatre, a theatrical dance company. She says she wanted to use hip-hop to tell stories, choreographing long-form, hour-plus pieces rather than three-minute routines.

The group’s breakthrough came a few years later, in 2004. Weber had been thinking about how Shakespearean plays are so often reimagined and wondering why that didn’t happen more with classic ballets. She chose Stravinsky’s “Firebird,” first performed in 1910, and used hip-hop and an all-women cast to re-tell the story as “Decadance vs. The Firebird.”

Weber directed and choreographed. The New York Times and Village Voice published reviews. Suddenly Decadance had an agent. “No one had made a hip-hop version of a ballet before,” Weber says. “No one had reimagined a classic dance text in that way. It put us on the map.”

The group toured across the U.S. and England with “Firebird” for the next four years. “People were just interested,” she says of the show’s popularity. “Hip-hop wasn’t all over the TV like it is now.”

And even as it soaks deeper into pop culture (see: So You Think You Can Dance and a little musical called Hamilton), Weber has continued to find success pairing hip-hop with the classical world—for Vivaldi’s “Four Seasons,” and more recently, “The Nutcracker.”

In her take on the most classic of classical ballets, Weber blended Tchaikovsky’s original score with old-school hip-hop. “The Hip Hop Nutcracker” debuted in 2014, toured again last winter, and she says it’s already booked for most of the 2016 holiday season.

“For me, the most exciting part is seeing the super diverse audiences and having those people see themselves on stage,” she says. “When you see a city ballet, it’s like, a hundred percent white. It just feels so aristocratic and so dated. This is so young and so today.”

Here’s a look at Weber’s “Nutcracker”:

To explain why pairing hip-hop with classical music has worked so well, Weber recalls a friend once asking her, “How do you make hip-hop vulnerable?”

“One of the answers I came up with was to take away the beat,” Weber says. That’s how she wound up working with classical music: “it really exposes the movement.”

As for why hip-hop grabbed hold of her in the late 90s, Weber says it offered freedom. “It just felt so powerful,” she says, “and I’m actually a really shy person. I felt so much more at home in a club where I could dance around and speak that way rather than having to talk to people.”

Here are some more clips of Weber speaking through movement: