In the view of Provost Robert Barchi Gr’72 M’72 GM’73, the burgeoning field of genomics is the “biggest, most exciting transition to hit the biological sciences since the advent of molecular biology—and in many ways I think it will be more profoundly altering to the field than molecular biology.”
A strong statement, and one that explains why the University recently announced that it was establishing a Genomics Institute, one that draws on numerous schools and disciplines and represents an investment of more than $75 million over the next five years. The institute will be headed by Dr. David Roos, professor of biology, while Dr. Richard Spielman, the Butterworth Professor of Genetics, will serve as associate director. A new Cancer Genomics Program of the Abramson Family Cancer Research Institute (AFCRI) at Penn’s Cancer Center has also been launched in conjunction with the institute.
Genomics involves the large-scale analysis of complex biological systems. Instead of studying biology one gene at a time, genomics considers the entire genome and its manifestations. That approach can yield new engineering technologies for data production and new computational strategies for data integration and analysis.
The establishment of the Genomics Institute “demonstrates once again that the University is committed to playing a key role in the development of new fields of knowledge for the 21st century,” said Penn President Judith Rodin CW’66, when the institute was announced in February. Rodin, who had made the institute a top priority, added that Penn’s emphasis on interdisciplinary study and research “will enable us to take full advantage of the exciting new possibilities we expect to emerge from the field of genomics.”
“Genomics and proteomics [the study of proteins expressed by a genome] represent a fundamental revolution in the way we will approach the biological sciences in the next decade,” added Barchi. “With Penn’s strengths in the biomedical sciences and in computer and information sciences, we are uniquely situated to play a leading role in this revolution. We intend to take full advantage of our strengths and create new opportunities for breakthrough research in these dynamic new sciences.”
Penn has earmarked nearly $38 million for the expansion of genomics-research facilities (including 13,000 square feet of the proposed Life Sciences Building-Phase One), developing various “support facilities,” and recruiting new faculty in the field. Existing grant support for genomics research and new grants and fundraising initiatives should boost the total amount to more than $75 million.
“The Genomics Institute itself is going to be a matrix organization that extends throughout the biomedical parts of the campus and will include everything from the School of Engineering and Applied Science and SAS and the veterinary school to the medical-school complex and its research,” said Barchi. “So there are already an awful lot of people on campus who are doing molecular biology now and will be turning more and more to genomics research. In addition we will be looking to bring in another half-dozen or so key faculty members in areas in genomics that we feel need to be strengthened, and individual schools and departments will undoubtedly be hiring another dozen or so faculty members on their own that will interact with this institute.”
The institute’s four stated goals are:
• To establish intellectual leadership in studying genomes as a whole and undertake large-scale analysis of gene products.
• To provide a focus for the genomics community, fostering interdisciplinary projects that will bring together biology, medicine, engineering, and computer science. The Genomics Institute will also link academics and industry—“as appropriate,” in the words of a Penn press release.
• To advance the educational mission of the University, “defining a new discipline at the interface between biomedical research, engineering, and computer science.”
• To facilitate access to technology, ensuring rapid dissemination of genomics approaches throughout biomedical research. One of those approaches—the new discipline of bioinformatics—combines biology and computer science, and is dedicated to the development, integration, and analysis of rich data-sets.
The Cancer Genomics Program “is an integral part of the overall genomics initiative that we’re putting together,” noted Barchi. “And the people who are involved—[Dr.] Barbara Weber [director of the Breast Cancer Program at the AFCRI] and the other people who are involved in running the Abramson Cancer Genomics Program—are partners and members of the group that is helping to determine where the Genomics Institute goes.”
“Recent years have seen the rapid integration of biomedical research, to the extent where it is no longer possible to distinguish between such previously disparate disciplines as anatomy, biochemistry, botany, cell biology, genetics, microbiology, pathology, pharmacology, physiology, and zoology,” said Roos. “It is now becoming possible to examine entire systems: for example, all the genes in a genome, all the proteins in a cell, or all the metabolic processes in a tissue.”
Roos himself personifies interdisciplinarity. In addition to his appointment in the biology department (SAS), Roos is affiliated with the microbiology department in the School of Medicine, the pathobiology department in the School of Veterinary Medicine, and graduate programs in biology, biotechnology, cell and molecular biology, computational biology/genomics, and parasitology.
On the whole, Roos said, “it is an incredibly exciting time to be a biologist, particularly at Penn, which has a strong history of fostering interdisciplinary research.”
The institute has the potential to play an important role for the Philadelphia area, too.
“When I look at the areas that Philadelphia has to develop in as an economic center and what we have to offer that’s unique,” said Barchi, “at the top of the list is the high density of biomedical facilities and life-sciences research expertise and pharmaceutical industries, all in the same area. So you have a natural concentration of for-profit industrial interest in the life sciences, some of the most outstanding biomedical research facilities in the world, and a high density of health-care delivery, tertiary-, and quaternary-care facilities. So we have all the pieces here to put together really a powerhouse. And of that, bioinformatics and genomics and proteomics are going to be a major piece.” 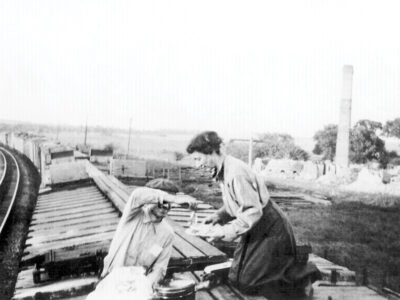 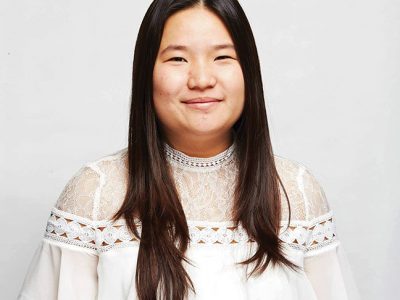 Alumni
Cleaning Up the Planet