Research | Call it the muscle disease you wouldn’t want to cure. A genetic mutation that weakened the jaw muscles of our ancestors about 2.4 million years ago may, in turn, have relieved constraints on the skull, allowing the brains of early humans to expand, according to Penn researchers.

Published in the March 25 issue of Nature, the multidisciplinary research team’s findings have found vocal champions and critics in the scientific community and have been covered by more than 100 newspapers and magazines. “It’s very clear that this hits a nerve—that this is relevant to practically everybody in some way,” says Dr. Hansell Stedman, the team’s leader and an associate professor of surgery at Penn’s School of Medicine.

Stedman came across a mutation in the muscle protein myosin while working with data from the Human Genome Project to search for a cure for human muscle diseases. (Myosin and actin are fundamental proteins for muscle contraction, interacting much like the piston and cylinder of a car, he explains.)

The mutation, which inactivated the MYH16 gene, turned out to be present in the DNA of all modern humans sampled from a geographically diverse population. The mutation was missing, however, in the DNA of seven species of non-human primates.

To find out more, the team examined tissue samples from a close human relative, the macaque. Their study showed that the gene was primarily expressed in the muscles around the skull case, used for jaw-closing. Macaques have chewing and biting muscles almost 10 times the size of those in humans. “Your bite force may seem strong to you, but it pales in comparison” to that of other primates, Stedman notes.

As he pondered how humans’ ancestors could have survived with a weaker bite, Stedman turned to Dr. Nancy Minugh-Purvis, who is director of advanced gross anatomy at the Department of Cell and Developmental Biology as well as a craniofacial surgeon with training in anthropology. By comparing a portion of the MYH16 gene sequence in humans to that in five other animals, they calculated that the mutation happened in a hominid ancestor about 2.4 million years ago; skulls with smaller jaws and larger brains show up in the fossil record soon afterward—around 2 million years ago.

“At first blush, you’d think this [muscle weakening] would have been an enormous disadvantage,” Minugh-Purvis says. “How could these individuals possibly have survived? When we look at the archaeological record, it just so happens that by 2.4 million years ago we have evidence of [the use of] stone tools. In addition, around this point in time we have fairly recent evidence that fire was under control and being used by hominids. There might have been extra food preparation going on so that some sort of disabling masticatory musculature wasn’t a big deal.”

When the muscles weakened, they believe, it relieved pressure on the sutures—or fibrous tissues—that connect the bones of the skull, allowing it to expand over many generations.

Minugh-Purvis notes that there was a slow trend toward brain expansion for well over a million years before the myosin mutation likely took place. “What we’re suggesting is that along comes this mutation, and it acts as sort of a suture-release mechanism if you will, and then in individuals carrying that mutation, the brain over time is going to expand more rapidly. In the past two-and-a-half million years, our lineage has undergone a tripling in brain size,” she says.

Though some scientists have criticized their findings (based, in part, on what Stedman and Minugh-Purvis believe is a misinterpretation of their argument), the researchers are careful to suggest that this change permitted rather than caused brain expansion.

Stedman uses the analogy of cancer. “It’s not enough to have a single gene mutate and create a cancer cell,” he points out. “You’ve got to have multiple hits … but a single hit can be enormously enabling. Likewise, what we’re saying here is that this mutation occurring within this gene represents one hit towards the ancestors to modern homo sapiens.”—S.F. 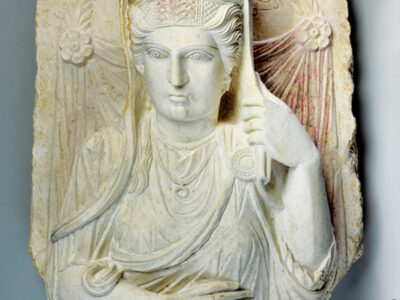