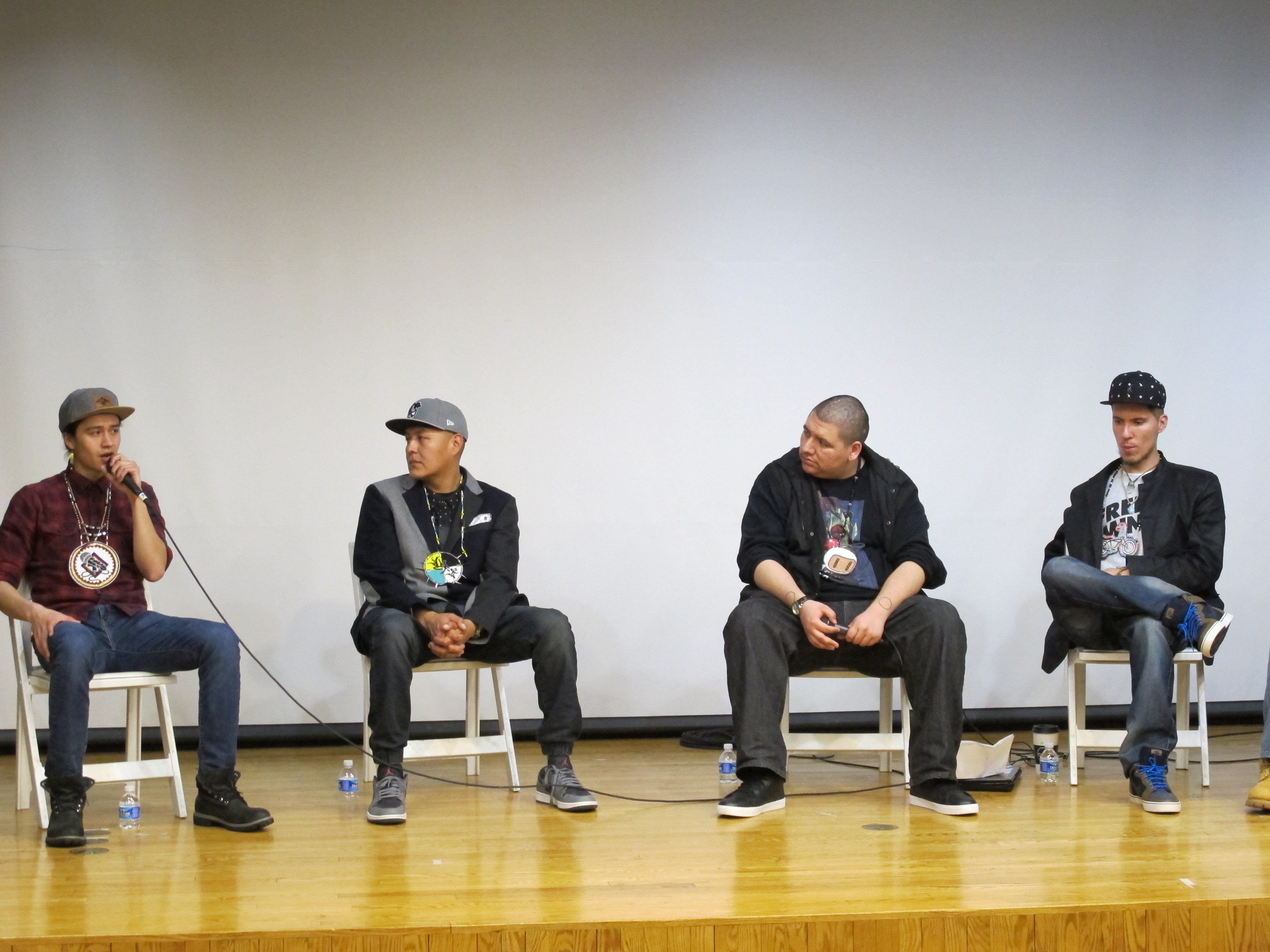 The Penn Museum is now one year into its long-term exhibition Native American Voices: The People—Here and Now, and last Saturday, some of those voices filled Rainey Auditorium, reflecting on their heritage, their personal struggles, and their hip-hop careers.

Penn senior Talon Ducheneaux helmed the panel discussion—part of a daylong program called Modern Native Voices: The Medium of Hip-Hop. A psychology major and South Dakotan from the Crow Creek Sioux Tribe and the Cheyenne River Sioux Tribe, Ducheneaux is also an aspiring hip-hop artist (under the name BazilleDx) with a 51-track digital album, Sake, out this month.

One by one, Ducheneaux introduced the panelists—Def-i, Wake Self, Tall Paul and Frank Waln—and one by one, each musician outlined his own path to hip-hop. Many spoke of their battles—with addiction, with depression, with domestic abuse, with self-mutilation. But they also credited hip-hop with lifting them out of that despair.

“The hip-hop found us—[and] I say it found us because there’s no way to find hip-hop out there where we’re from. There’s not big hip-hop shows going on all the time. There’s not opportunities like that. So we created them,” Wake Self said. “Hip-hop helped us escape and helped us find ourselves and helped us have a voice.” 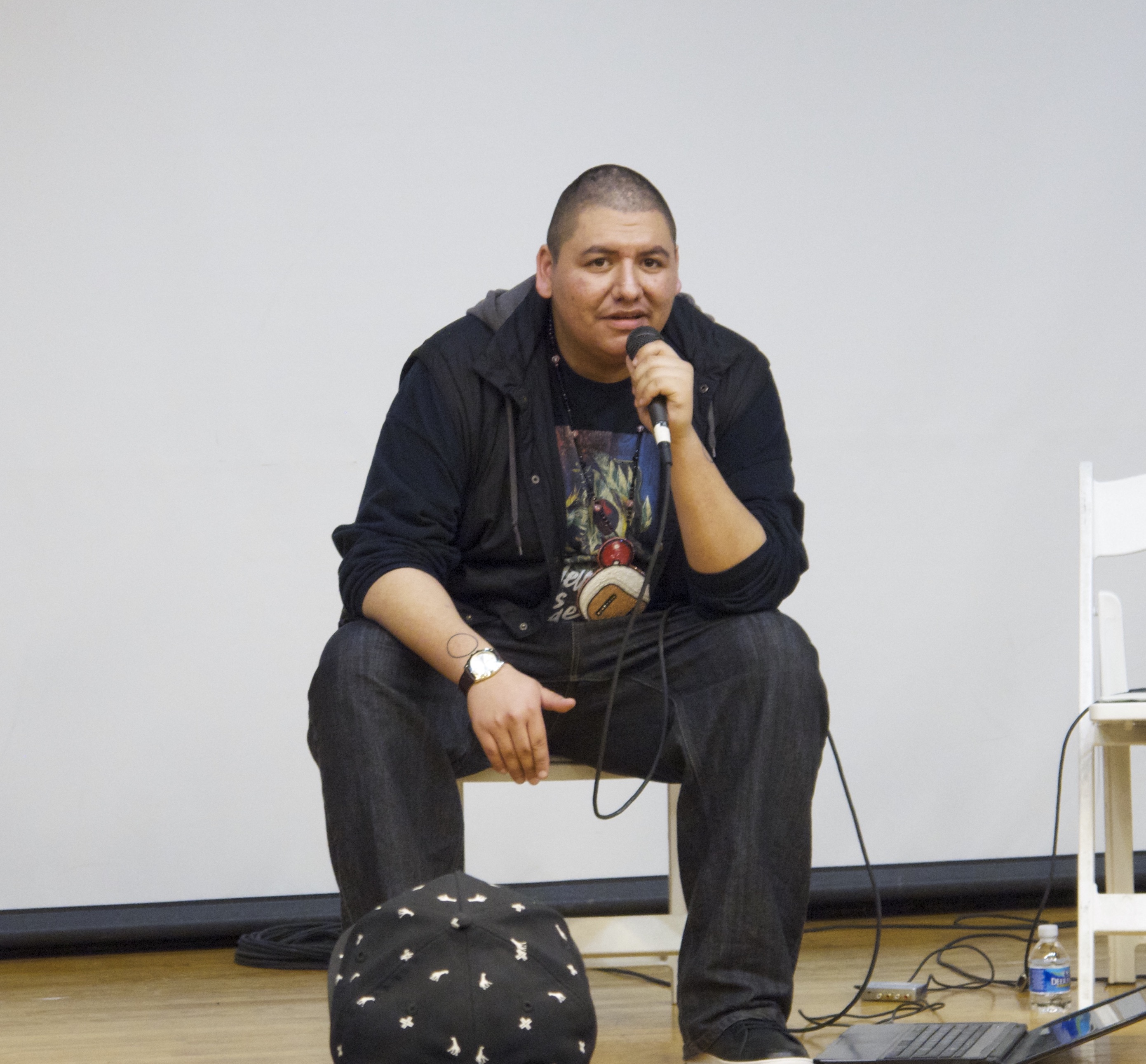 In addition to creating music, all four artists are also active in youth outreach and education efforts, “showing that education can be given in all forms,” as Ducheneaux put it. He asked why they’ve made that a priority.

Waln said it’s partly because the young people on his reservation were his first fans, the first people who supported his music endeavors. Beyond that, though, he said that many adults have already been “scarred by society,” while kids are still “untouched to a certain extent—we can still get to them and guide them in the right directions.” 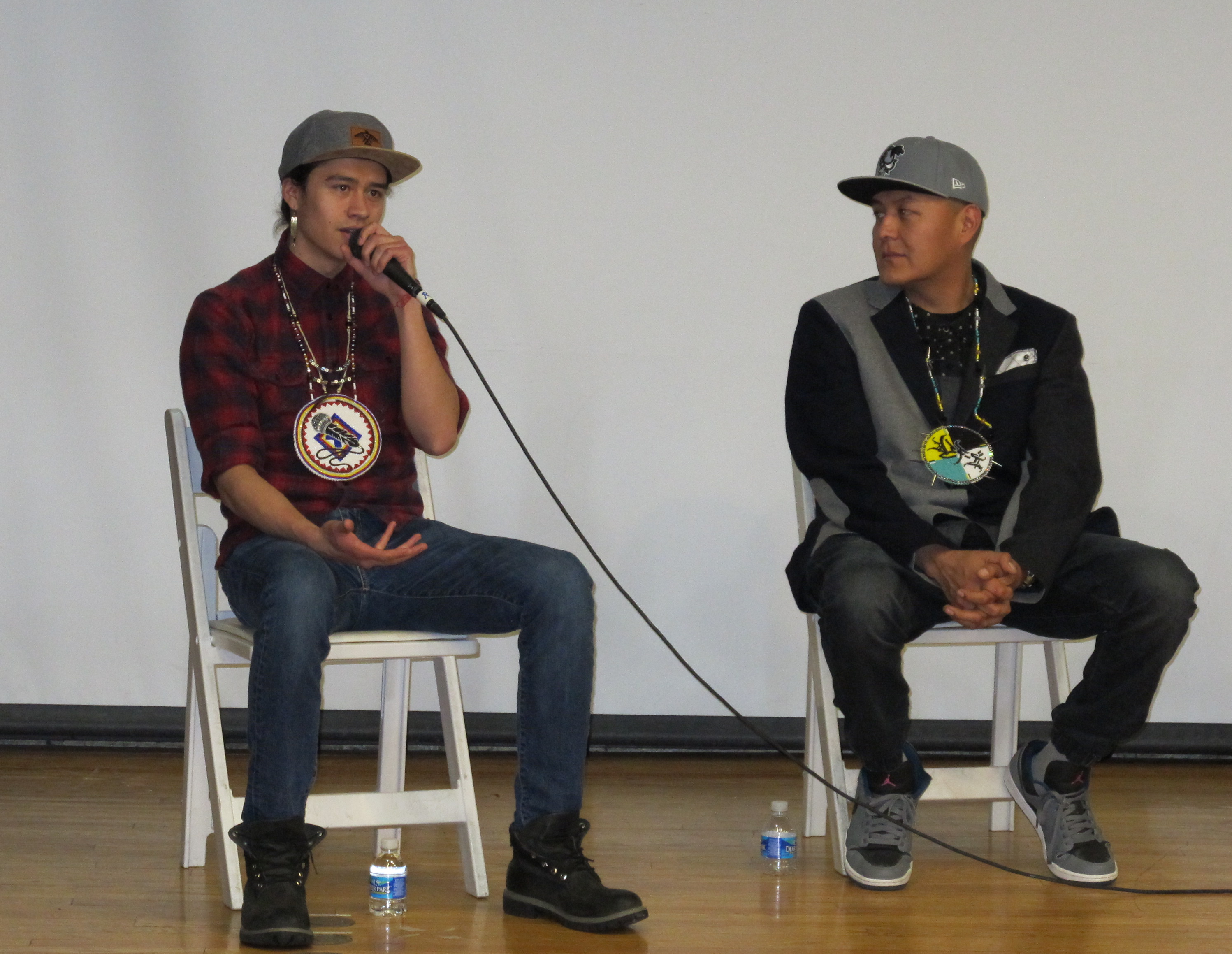 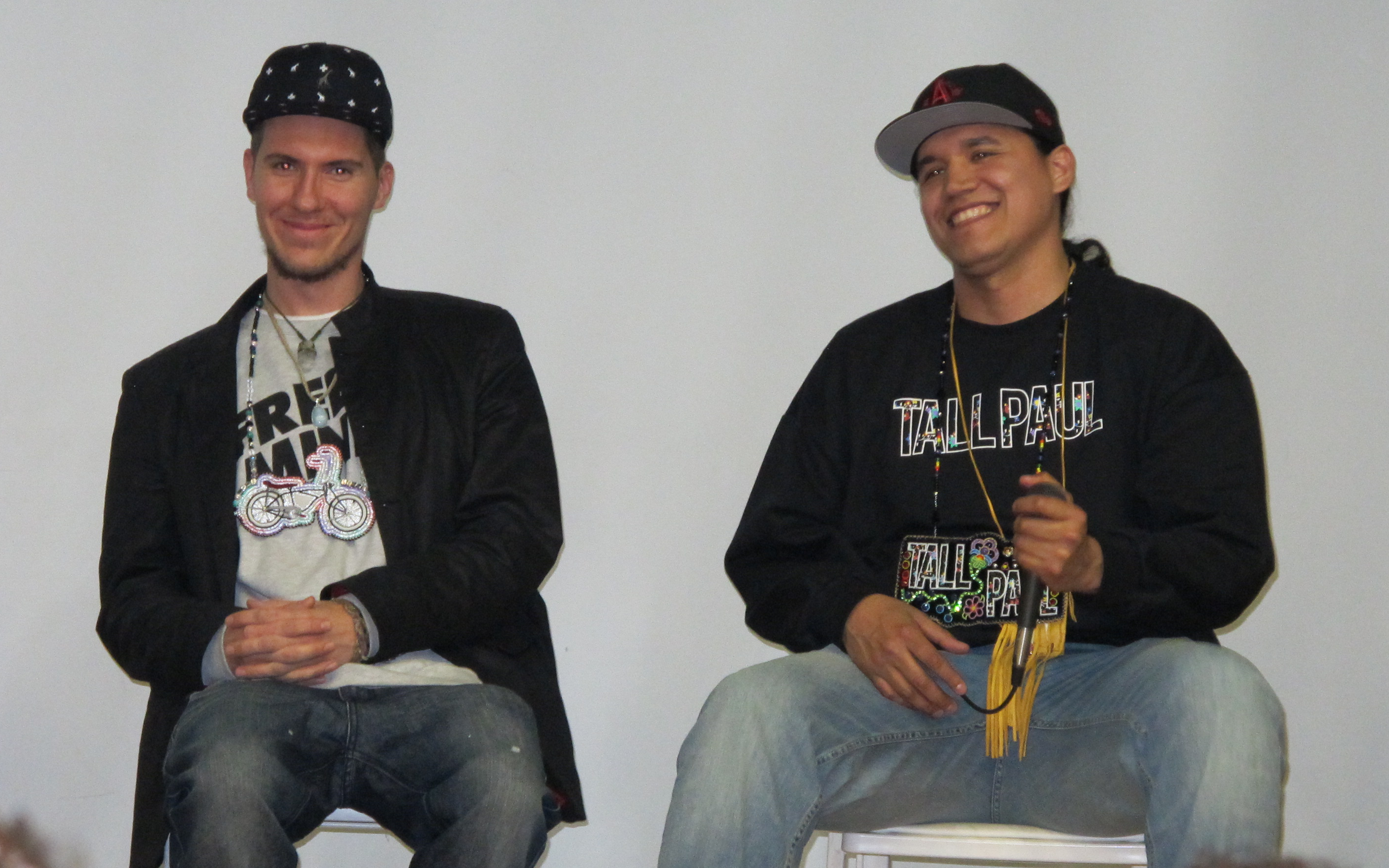 Ducheneaux later observed that all four artists not only respect women in their videos, but also promote environmental activism, social justice and other issues. In “Speed of Bike,” Wake Self addresses climate change, and Def-i and Tall Paul have rapped about police brutality.

Here was Waln’s response to a question about spreading messages in his music:

At one point, discussion turned to the term “Native American hip-hop” itself. “When we get on the microphone and do our music, there’s often this portrayal of Native American hip-hop as opposed to hip-hop done by Native Americans,” Ducheneaux said. “It’s great that we’re getting our voices out there…but are people limiting us by putting us in that pile and telling us to stay there?”

“I don’t like saying what I do is Native hip-hop because hip-hop is a culture and we’re participating in it,” Waln added. “We’re indigenous, but it’s black culture, and we can’t erase where it comes from. It comes from these black people who are drawing from, to me, tribal African roots.”

That comment tied into something Waln had mentioned earlier: the feeling, when he first discovered hip-hop, that he was listening to someone who shared his own story.

Both Native American and African-American hip-hop artists are “survivors of genocide,” he said. “We have this historical trauma and what I like to call this colonial rage inside of us. We’re born with it, whether we’re aware of it or not. Those who created hip-hop, they were coming up out of slavery, and we were coming up out of genocide, and we connected and we related…. Hip-hop gives us an outlet for that rage…and getting it out in a positive way and a healthy way.”

Later that night, all five artists performed in the museum. Here are some of their individual music videos: