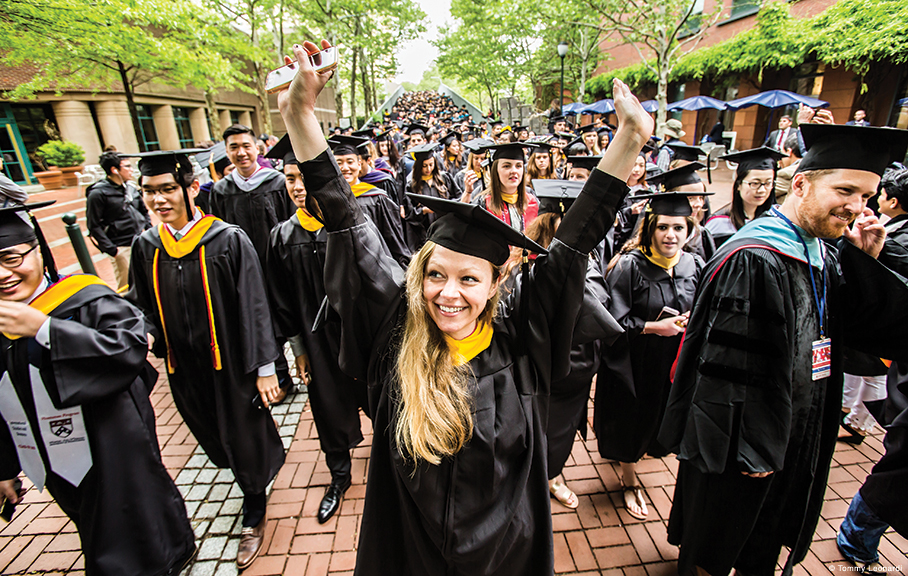 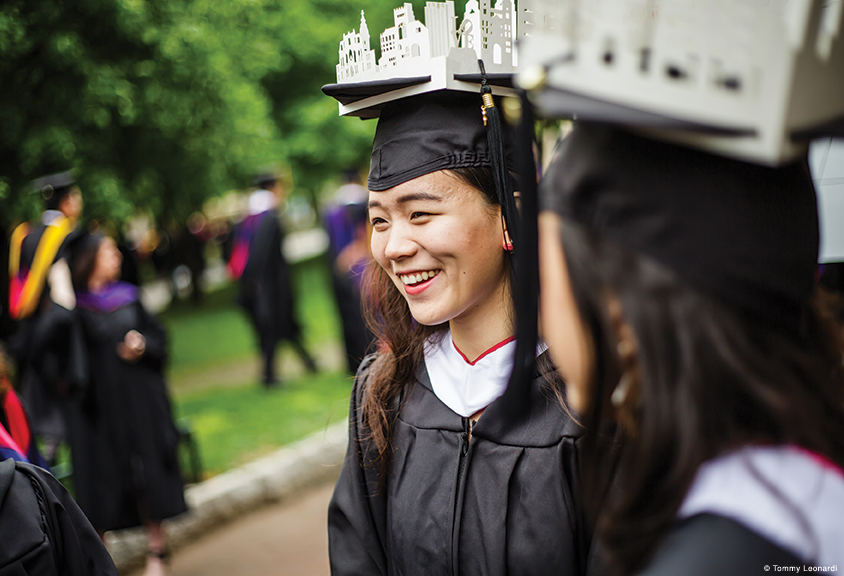 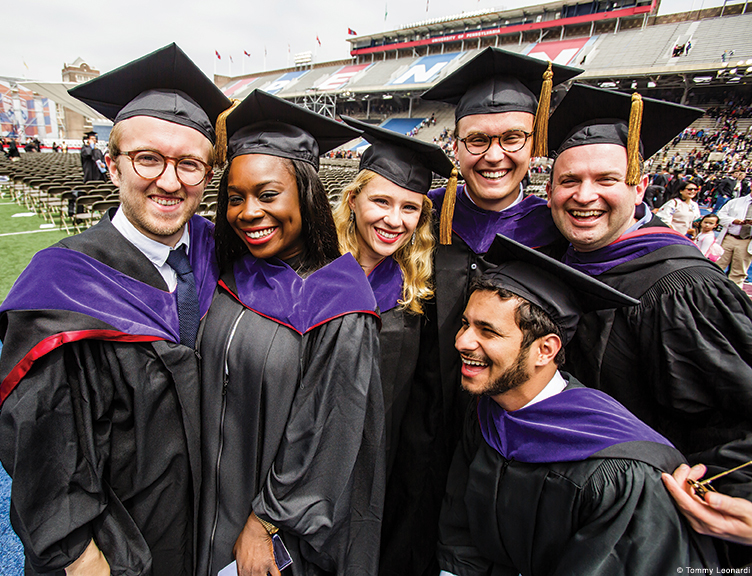 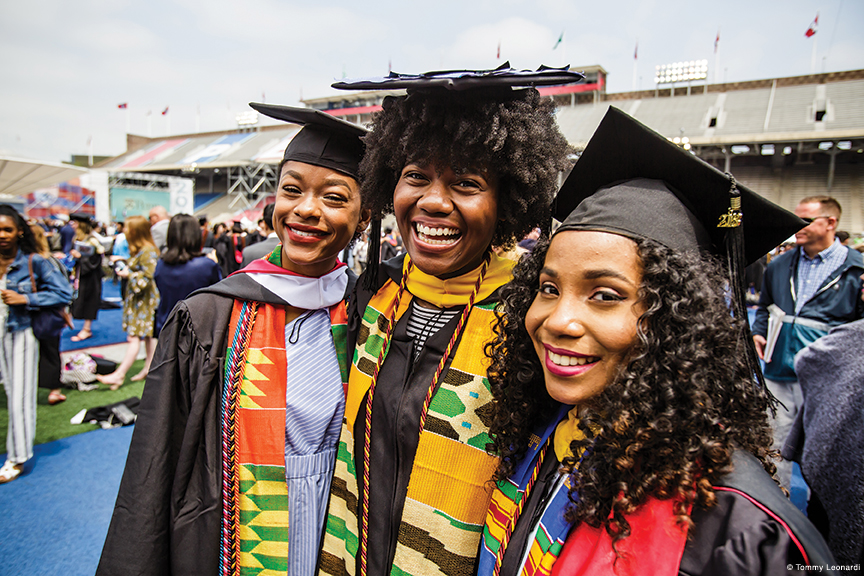 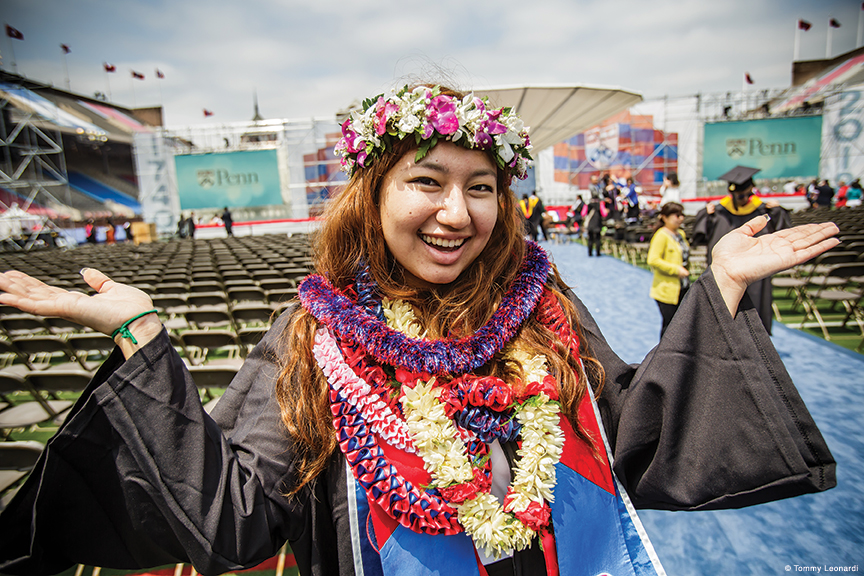 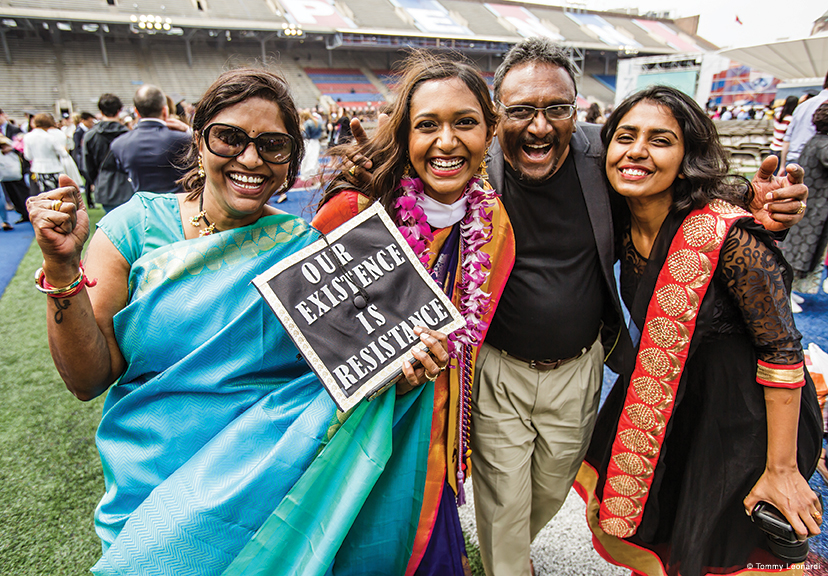 It was a moment of serendipity. Strutting down Locust Walk with the Class of 2018, Yannick Nézet-Séguin Hon’18, on campus to receive an honorary degree, stepped out of the procession and conducted an impromptu song for the Penn Band, grinning from ear to ear. Amid hoots and cheers, one beaming band member said to another, “That was so cool!” His friend mused wistfully, “I can’t believe that just happened.”

From the sidelines, a bewildered family member asked, “Who was that?”

“Yannick Nézet-Séguin!” the star-struck student replied. “The music director of the Philadelphia Orchestra!” It was surely a moment to remember.

In her address at Penn’s 262nd Commencement, Andrea Mitchell CW’67 Hon’18 said she was struck “by how many of life’s adventures are the result of accident, not design—if you are prepared to take advantage of the serendipitous.” The chief foreign affairs correspondent for NBC News and host of MSNBC’s Andrea Mitchell Reports, Mitchell considered “how different my life would have been had I not wandered down the third-floor corridor of Houston Hall in the fall of my freshman year to follow the sounds of classical music and discovered what was then the studio of WXPN.”

In those days, the FM station was entirely student-run, programming classical, jazz, and folk music—and news. Mitchell had come to Penn with a violin, but that day she discovered her penchant for broadcast news.

“I am here because when I arrived as an unformed 16-year-old freshman, this great University gave me choices—at a time when it was not self-evident that women could strive to compete as equals,” she said.

Which brought her to her first lesson for the Class of 2018: “Be curious. Do not presume to know who you might become, because you never finish becoming.”

She continued, “Our generation had some clear-cut issues—changing laws to improve civil rights, dealing with Vietnam. The generations before had the Great Depression and World War II. Today, we are living through a period that feels equally challenging and disorienting. But now, the challenges are subtler, even more complex—the social dilemmas affecting race, ethnicity, gender. Problems new laws can address but not always fix … But you have the capability, the education, and the spirit to tackle these and similar issues … So my next lesson: Be open-minded. Never stop learning.”

Finally, she urged the Class of 2018 to be engaged.

“As you follow your passions and discover new pursuits, be involved citizens of your neighborhood, your community, your nation, and the world. Express yourselves, whether it is with a blog or a book, a painting or a play, in a classroom, joining a movement, or even just playing a game.”

She concluded by offering a wider perspective. “You’ve had a superb education, but in truth it’s only the first step on your journey. Your challenges will be great, but so will the opportunities. Your careers will likely veer in directions we have yet to imagine, toward occupations that have not yet been invented. Many of you will be leading the way in these transformations. But don’t forget your roots here on this campus. They will nourish you as you grow and thrive. And remember—if you are rocketing through space someday, thanks to Elon Musk [C’97 W’97]—the globe you see will have no borders. No artificial boundaries—just glorious vistas.”

Earlier, in her Commencement address President Amy Gutmann spoke of unity as well. “Uniqueness and unity are the twin pillars of a strong pluralism,” she said. “It has never been more important that we think uniquely while we stand united.”

To drive the message home, she offered an exercise to the assembled members of the Class of 2018. Asking the sea of black-robed students to stand, she quipped, “Let’s see just how much sameness lurks underneath, below the surface … Everyone wearing shorts or skirts beneath your robes, please be seated.”

Some graduates took their seats.

Gutmann continued, “Those of you without [wrist]watches, please be seated.”

Finally, Gutmann said, with a gleam in her eye, “Please be seated, unless you are wearing a Power of Penn T-shirt.”

A solitary student remained standing. It was Makayla Reynolds C’18, who had graciously agreed earlier to serve as a plant, donning the T-shirt bearing the slogan of Penn’s new $4.1 billion fundraising campaign.

“Too many people in this world would have us stand apart from one another based on our differences. And too many others, for the sake of sameness, would have us deny our individuality,” Gutmann said.

“So often we are told that our differences divide us. But it is our unique life stories, brought together and joined as a whole, that constitute our common strength … From South Sudan to snowy Iowa to Franklin Field, we need to speak the values we share. I will speak them now. We cherish: Liberty not chains. Opportunity without limit. Love without condition.
And learning without end.”

Gutmann went on: “The great seal of the United States reads E Pluribus Unum: From Many, One. Graduates, during your time here, you have come to know the Red and Blue version we hold so dear: E Pennibus Unum: From Many Penn People, One Penn Family …

“You exemplify what E Pennibus Unum truly means—what the Penn family really stands for: Liberty not chains, opportunity without limit, love without condition, and learning without end.”