Inching Back to Normalcy

While remote instruction and other COVID-19 restrictions will mostly remain in place, college housing will reopen for the spring semester.

Tyler Kliem C’24 started college in the fall but has yet to truly feel like a college student.

With on-campus housing closed for the fall semester to all but a select few students to combat the COVID-19 pandemic [“Gazetteer,” Sep|Oct 2020], Kliem remained home with his parents in New Jersey. And as an introvert, he found it difficult to make new friends or find a structured routine. “I feel like being on campus would really open me up to a lot more people,” he says. “Interaction right now is not the greatest.”

As in the fall, the spring semester will present a different and challenging kind of college experience for Kliem and other undergraduates—though Penn is slowly trying to inch its way back toward normalcy.

In late October, the University announced its plans for the spring semester, which will begin on January 20 (one week later than originally scheduled) and reopen on-campus housing to more students, “subject to certain limitations to enable proper social distancing.” In large part due to a partnership “with Penn Medicine to dramatically expand our testing capacity,” Penn President Amy Gutmann, Provost Wendell Pritchett Gr’97, Executive Vice President Craig Carnaroli W’85, and Perelman School of Medicine Dean J. Larry Jameson wrote that they were “confident that we can support increased numbers of students returning to campus in January.” Most classes, meanwhile, will remain virtual, as they were in fall—with the possibility for a “modest increase in in-person instruction,” which will be determined by the deans and faculty of each school.

Kliem acknowledges that Penn’s announcement was “obviously good news, and a lot of people are very excited” because freshmen in particular “really want to be on campus.” But he still requested an exemption to Penn’s first-year housing requirement and plans to remain home the rest of his freshman year. “And my only reasoning, really, is the transmission of the virus,” he says, citing the rising COVID infection rates that led Pritchett and Carnaroli to send a follow-up message to the Penn community on November 18 to announce that there would be no imminent change to the spring semester plans while urging students to follow enhanced safety guidelines. Now, Kliem is worried about the disconnect that might arise between students living on and off campus. “I think it will be challenging to find a place for me, being that I will be online [this] semester again.”

For the undergraduates who do move into dorms—and a limited number of graduate students at Sansom Place East—they’ll have to get used to a much different daily routine and living arrangements. According to the University’s reopening guidelines, all students will be in single bedrooms with shared bathrooms at no more than a 6:1 ratio. And “students returning to campus in January will be expected to participate in a quiet period for two weeks, limiting their contact to those in their immediate ‘pods’ and leaving their residence only for essential reasons.”

Students will also be required to adhere to the Student Campus Compact, which outlines several behavior expectations, including a mandatory flu shot. And all undergraduates will be required to be tested for COVID-19 twice per week upon their return to campus, while all graduate and professional students engaged in research activities on campus or living in the area need to be tested once per week. Eight sites across campus will administer these saliva-based tests.

For students who lived in off-campus University City housing in the fall, like Sukhmani Kaur C’22, the spring semester might not look too much different from the fall, when the Student Campus Compact, a symptom check app, a contact tracing system, and testing sites were already in place, along with a mostly remote mode of instruction. And that’s the hard part. “I have felt overwhelmed just being trapped in one place,” says Kaur, a biology major who rarely ventured from her studio apartment, except to do research in a lab. And because of eyesight problems, “doing classes from one place and just staring at a screen all day actually kind of hurt my eyes a lot,” she says, adding that it discouraged her from engaging with clubs and other social events held over Zoom.

Ryan Collins W’22, who also lived in Philly last fall, agrees that it’s been hard to have a social life, which won’t necessarily change for students in the spring given the rules against large gatherings and other non-virtual forms of activity. He’d like to see Penn find a way to safely grant more access to gyms and libraries during the spring semester (depending on the state of the pandemic) just so students have another place to work, exercise, and improve their mental health. He even crafted a letter to the administration about this, before deciding not to send it once the City of Philadelphia temporarily reclosed indoor dining, gyms, and museums in mid-November due to rising COVID cases.

“Obviously, no one is asking for the normal comeback,” Collins says. “But even just getting those limited interactions where you see someone you haven’t seen in a while on the stairs or by the bookshelf, those little jolts of happiness from experiencing those spontaneous interactions have been proven to reduce depression.”

In their message to the Penn community, Gutmann and the other University leaders acknowledged that “campus life will not be as it was prior to the pandemic.” But after first closing campus last March and twice backing away from a more in-person semester last fall, they pledged to make the most of things this spring.

“We recognize what a difficult year this has been for everyone,” they wrote. “At difficult times like these, character really matters. The grace and determination of the entire Penn community has been inspiring. Continuing to work together, we are confident that the spring semester will be a good and productive one.” —DZ 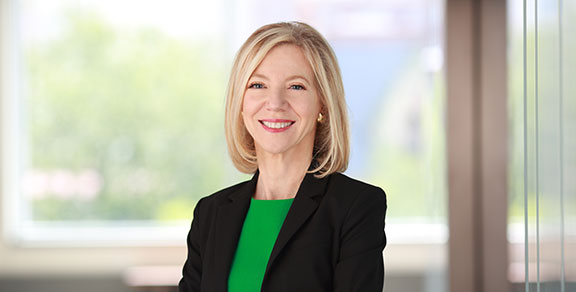